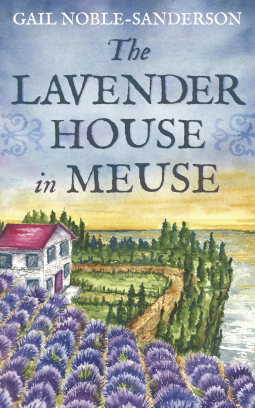 I was very intrigued by the beginning of this book – was it really about three past life experiences the author feels she has had or was that part of the story? I thought that the part of the story set in WW1 was the best part. Marie has had a privileged life but feels called to frontline nursing in the battlefields. The author wrote convincingly of the horrors that were faced by medical staff during the war. The theme of shell-shock as experienced by many characters was explored in a believable and moving way. I felt that the storylines were perhaps a little disjointed and much preferred the earlier part of the novel. That said, the part set in the Lavender House of the title where we meet Henri, a mysterious and intriguing character, a kitten called Pedro and nuns from the nearby convent were still interesting parts of the story. A criticism of this book was that it seemed to end rather abruptly and inconclusively. I would have liked to have heard more about Marie’s life in the Lavender House. It was still an enjoyable read though and I would give it 3.5 out of 5 stars.

My thanks to the publishers, Gemelli Press, for allowing me to read a review copy. The Lavender House in Meuse will be published on August 15th. Details of how to order can be found here.

What the book is about:

Marie Durant Chagall, the well-educated daughter of a wealthy shipping merchant, is living a privileged childhood with her half-sister, Solange, in Marseille when their cultured world is shocked into change with the chaos of World War I. Feeling restless and a desire to contribute, Marie volunteers as a nurse with the French Red Cross and quickly finds herself embroiled in the brutal, bloody battlefield of Verdun. Injured both mentally and physically and suffering a severe crise de tristesse sombre, a crisis of black melancholy, Marie eventually returns to life through the unexpected gift from her mother, who had died a few weeks after giving birth to Marie: a house among the lavender fields on the Meuse River, which Marie reluctantly opens up to care for fellow wounded souls.