You might have seen quite a lot of tweets and blogposts with the #LadLitBlogTour hashtag recently and be wondering what it is all about. Well, today I have Steven Scaffardi, who writes in this genre, to tell us about LadLit and himself.

Hi Joanne, thanks for hosting me at your wonderful blog today! I’m Steven Scaffardi – sixth member of One Direction, and in my spare time I write the odd lad lit book or two. Well, two to be precise! Both books are part of the Sex, Love & Dating Disasters comedy series about relationships and dating from the male perspective. The Drought was my first book, about a guy trying to overcome a sexual drought after coming out of a long-term relationship, and the second book (The Flood) is the follow-on.

I don’t think there was anything specific. I enjoyed writing stories at school, I then studied journalism at university and wrote for a local paper for a while. I’m one of these people who always wanted to write a book, and a few years ago I had the idea to write a comedy about relationships, to give a different view to what you would normally associate with chick lit, and The Drought was born.

At first I attempted to go down the traditional route, writing to publishers and literary agents, but my self-esteem was taking a bit of a kicking with all the rejection letters! However, friends who had read The Drought manuscript kept telling me how funny they thought it was, so in the end I looked into it a bit more and went the indie route. I haven’t really looked back since. It’s been a lot of hard work, but great fun. I have learned lots and when I’d finished writing The Flood, I didn’t even think twice about going down the indie route again.

The Flood picks up where The Drought left off. Dan Hilles (the main character) is over his dry patch and is hoping to move his love life in a more positive direction. However, this is a guy we’re talking about, and as most girls know – most men are hopeless at romance, rather than being hopeless romantics! Dan makes a drunken bet with his three best friends that he has what it takes to date multiple women at the same time and he has eight weeks to prove he can do it. Unfortunately, Dan doesn’t pick the easiest bunch of girls to date as they include a stalker, his crazy ex-girlfriend, the office ice queen and the one that got away. It’s full of hilarious twists and turns as Dan gets himself in all sorts of comical situations.

It was an obvious continuation going from The Drought (a sexual dry patch) to The Flood (having a flood of women all at once). The name of the series (Sex, Love and Dating Disasters) probably says a lot more about the books that the actual titles.

I didn’t really celebrate. Being an indie author means that the hard work starts once the book is out. Writing it is the easy part, but trying to promote it is really tough! That’s why I started this Lad Lit Blog Tour – to raise awareness of the book and lad lit as a genre. So far it has been a great blog tour. I have introduced lad lit to lots of new readers, and the book has been getting some amazing reviews on Goodreads and Amazon. I couldn’t have asked for more really!

Actually, I do! I have already started work on the third book in the Sex, Love and Dating Disasters series. The working title is The Pact and it sees Dan and his friends travel to Latvia in search of a girl who dated Dan’s best friend. It’s a little bit different to the first two books, but I’m hoping it will be just as funny. So far the boys end up getting tangled up with a Russian mafia don, two Wham loving corrupt cops, a pimp who is stuck in the 70s, a sleazy hotel boss and his weird wife, and a henchman known as Ray the Local. Watch this space!

I recently read an autobiography called Milk-Blood by Adrian Simon. Adrian is the son of a convicted drug trafficker called Warren Fellows, who made national headlines when he was sent to a Thai prison for trying smuggle heroin out of the country. I read Warren’s book years ago, and reading his son’s book was a really insightful and interesting view of the other side of the fence. There are always two sides to every story, and what made Adrian’s story even more compelling was that he has led such an amazing life, and so has his mother. It was very inspirational in parts, hilarious in others, and above all else, an incredible insight into how your life can change so rapidly in a split second because of the actions of others.

I have to admit that I am currently not reading anything! I was so busy putting the finishing touches to The Flood, then editing, and finally the promoting, that I’ve simply not had the time. However, next on my reading list is This Thirtysomething Life by Jon Rance; a fellow lad lit author.

I have the Kindle app on my iPad, and I love how eReaders have revolutionised the way we read, but I still love a good old fashioned book. There is nothing quite like holding the real thing in your hands, in my humble opinion. I tend to read on the train to and from work in the mornings and evenings. I have a one-year-old daughter so I don’t have much time for reading at home these days!

They can follow me on Twitter at @SteveScaffardi. I try to tweet as often as possible and love to chat with other readers and authors online. I also have a Facebook page, I’m on YouTube where you can see some of my old stand-up comedy video clips and official book trailers, Google+, Amazon, Instagram, Goodreads, and of course my blog!

Great question! This is a tough one. One of my favourite books of all time is The Godfather so Michael Corleone would be right up there. I loved his passion for his family, and how determined he was to regain power for the family business. He was a character that gripped me immediately and pulled me into the story. So I think I’ll go with Michael Corleone. 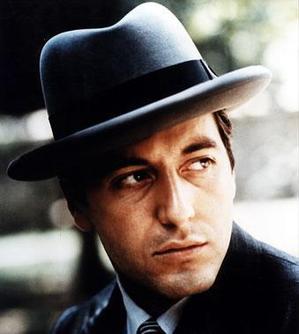 Steven Scaffardi is the author of the Sex, Love and Dating Disaster series. His first novel, The Drought, is the laugh-out-loud tale of one man’s quest to overcome the throes of a sexual drought. After the stormy break-up with his girlfriend of three years, Dan Hilles is faced with the daunting task of throwing himself back into the life of a single man. With the help of his three best pals, Dan is desperate and determined to get his leg-over with hilarious consequences!

The Drought and his new novel The Flood – a comedy about one man trying to juggle four women at the same time – are both available for just 99p on the Kindle at Amazon.

Follow all of the fun on his blog tour by following him on Twitter @SteveScaffardi or by using the hashtag #LadLitBlogTour. More information about Steven and his books can be found on his blog.

One thought on “Steven Scaffardi – Author in the Spotlight”