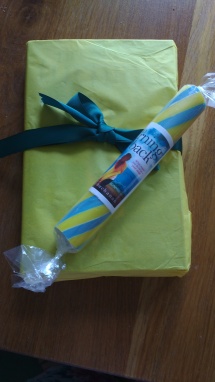 I was really excited to come home from holiday a couple of weeks ago to find this lovely parcel from Avon books.  I’ve just finished it and couldn’t put it down. Written through the rock are the words ‘Would You Do it?’. This refers to what happens near the beginning of the book. Radio presenter Anna Graves has recently split up from her husband and their young daughter, Joni, is her world. When a teenager, who appears to be under the influence of drugs, threatens them with a knife, Anna reacts instinctively to defend herself and her child. It’s not giving anything away to say that the boy dies. Anna, understandably, is traumatised and can’t believe what has happened. There is much discussion in the community, the media and even her own radio show about what she has done and whether other people would have done the same. This though is only the start of Anna’s nightmare as links to the past and a serial killer known as The Ophelia Killer begin to emerge and seem to suggest that Anna is not as innocent as she might appear. 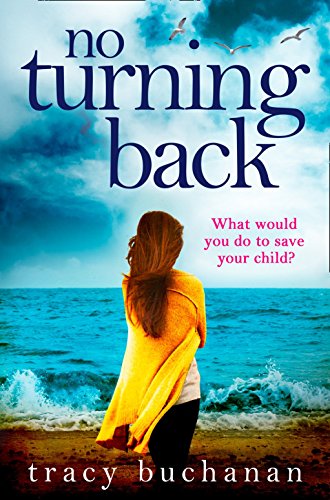 I was hooked on this book from the very first intriguing chapter. This chapter, along with a few others scattered throughout the book, feature two unidentified characters who seem to be involved in the Ophelia Killer murders from years back. All through the book, I was looking for clues as to who these people might be. I think I cast suspicion on most of the characters at one point or another but of course, I couldn’t guess! Meanwhile, things are going from bad to worse for Anna. As well as the understandable guilt she is feeling, she begins to get emails supposedly from the killer suggesting that she is connected in some way. Further events in the community point to Anna’s involvement and even she starts to think she must be connected.

Tracy Buchanan has written a really well paced novel where the tension builds steadily throughout the book until I was feeling really uptight by the end. She casually dropped in bits of the puzzle which had me thinking ‘wait a minute, what happened there?’. I couldn’t imagine how Anna must be feeling. She knew what she had done was to protect her baby but at the same time, she killed a teenage boy. And then when everything else was starting to point to her involvement, she must have felt like her world was falling apart. Poor Anna didn’t know who to trust and quite honestly, neither did I! Long buried family secrets started to come to the surface too and as they did I began to feel some sympathy towards her mother, Beatrice. Beatrice hadn’t seemed to be a very likeable character at first, showing little caring towards her daughter but gradually I began to understand why she was as she was. It was also interesting and a little scary reading how circumstances and the way they are presented by the media can change public perception and have such an effect on someone’s life.

A terrific psychological thriller which will have you gripped from the beginning right to the final nail-biting pages.

Thanks to the publishers for my review copy. No Turning Back is published in paperback and as an ebook today, 28th July. You can order a copy here: No Turning Back

When radio presenter Anna Graves and her baby are attacked on the beach by a crazed teenager, Anna reacts instinctively to protect her daughter.

But her life falls apart when the schoolboy dies from his injuries. The police believe Anna’s story, until the autopsy results reveal something more sinister.

A frenzied media attack sends Anna into a spiral of self-doubt. Her precarious mental state is further threatened when she receives a chilling message from someone claiming to be the ‘Ophelia Killer’, responsible for a series of murders twenty years ago.

Is Anna as innocent as she claims? And is murder forgivable, if committed to save your child’s life…?

2 thoughts on “No Turning Back by Tracy Buchanan”