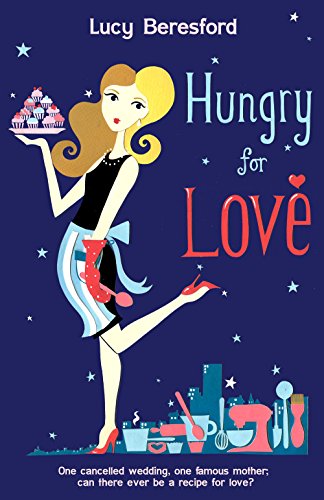 Hungry For Love was a much more serious read that its cover perhaps suggests. With apologies to the cover designer, I’m not sure I would have picked this up based on the cover and that would have been a shame because I thoroughly enjoyed it. We meet the heroine, Jax, with her finger hovering over the send button on her phone as she prepares to send a text announcing the cancellation of her wedding to Jonty – on the morning of the wedding. She is a journalist at a bridal magazine, ironically, and her boss suggests that she goes on a cooking course with a view to reporting on it as a post break-up activity. The story also unfolds through the eyes of, amongst others, Dan, an ex-soldier now running Barracks Bakery and clearly in love with Jax, Caryl, Jax’s sister who has an eating disorder and Majella, their mother and a famous cookbook author.

You shouldn’t read this book if you are feeling at all hungry as the descriptions of baking and cooking will have your mouth watering. The culinary imagery continues too into the lives of the characters.  “He wants to hug her, for this deep connection they share about the importance of cake, this burnished way of seeing the world. Hug her or even eat her, if only the connotations weren’t so sleazy. Jax is too pure for that.” It is ironic that Majella is such a famous cook as both her daughters have food issues. Majella believes that to feed someone is to show love whereas her daughters see it more that she feeds them in order to have them love her. Jax refuses to cook at all and spends most of her time eating out. Caryl does eat but is bulimic and has a very complicated relationship with food. Through her cookery course and her relationships with Pablo, Brian and Dan, Jax begins to realise that food is nourishment, not just for the body but for the soul too. “Food is nourishment, it is a lyrical metaphor for love.”

To continue the food metaphors, this is a treat of a read, very satisfying. It shows our heroine Jax begin to rediscover herself and strengthen her family bonds while also developing a love and appreciation for cooking. It has the reader wondering which of the delectable men, if any, might be her perfect recipe for love. The only thing it is lacking is a full recipe for the chocolate velvet cupcakes which Dan creates. They sounded to-die-for!

My thanks to the author who asked if I would like to read and review her book. Hungry for Love was published in paperback and as an e-book by Quartet Books on 16 July 2016. You can order a copy here: Hungry for Love

Jax is about to cancel her wedding to Jonty. On the day. By text. A scrumptious celebration of survival for anyone who’s longed for love or felt unworthy of it, Hungry for Love will show you the importance of self-respect and that love can be found where you least expect it. Jax is the daughter of Majella, famous British television chef and author of Food of Love, a best-selling cookery book due for re-issue. But if there s one thing Jax loathes more than her ex-fiancé, it’s cooking. So when her boss orders her to use the week she’d booked off for her honeymoon to attend a cookery course in Majorca, Jax fears her life cannot get any worse. When tragedy strikes closer to home, Jax is forced to re-assess her relationship with food. As learning to cook inflames her desires, she must decide whether her plan post-Jonty to starve herself of men is such a great idea. Maybe there is a recipe for love out there, after all? 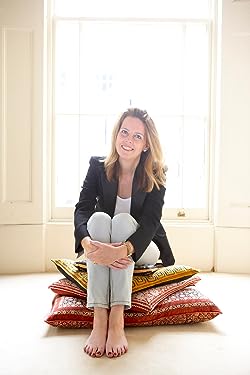 Lucy Beresford grew up by the sea in Sussex and studied English at Durham University. After ten years in Investment Banking, her training to be a psychotherapist also re-ignited her love of narrative and story-telling.

Something I’m Not, her controversial first novel, asks whether all women want to be mothers. Lucy’s second best-seller, Happy Relationships: at home, work and play, detoxifies tricky relationships. She has had several short stories published and recorded for Audio. She is also published in Brazil and China.

She writes in a garret with views of Big Ben on one side and Battersea Power Station on the other. On a more practical level, she finds she cannot function without lip-gloss…

2 thoughts on “Hungry for Love by Lucy Beresford”