I’m delighted to share a piece about Saraband today who are sharing their excitement at having a Man Booker longlisted Title on their books. And there’s a giveaway of one of their titles at the end of the post.

When you get the phone call from the people at the Man Booker Prize telling you that one of your books (His Bloody Project by Graeme Macrae Burnet) has been longlisted for one of the most prestigious literary prizes on the planet, it’s a huge rush, just so exciting. Not only because of what it means for the author, but also because more people will discover Saraband/Contraband, and all our other fantastic books and writers…

Sara Hunt founded Saraband in the States, back in 1994, before moving to Scotland in 2001. Publishing has been transformed since then and Saraband has constantly adapted to the new technologies and ever-changing demands of readers. In recent years that has meant focusing on narrative non-fiction – particularly in nature, sustainability, history, arts and memoir – and literary fiction, whilst sister imprint Contraband is dedicated to crime, mystery and thrillers.

In 2013, Saraband won the inaugural Saltire Society Scottish Publisher of the Year Award, and it was around that time that Contraband was born. It was a no-brainer, really. After all, here we are publishing books in the country that’s home to one of the most thriving crime fiction scenes on the planet: Conan Doyle, Rankin, McDermid, May, Brookmyre… the list of truly great crime writers from Scotland goes on and on. So why not start our own crime fiction imprint, publishing the new crop of talented Scottish scribblers?

As the only dedicated crime, thriller & mystery imprint in Scottish publishing we already had a USP but, from the get-go, we also wanted to be genuinely different. We knew there were writers out there bubbling with fresh ideas and creating stories that were imaginative, sometimes offbeat, always original. 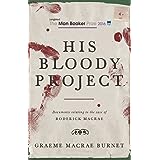 Take His Bloody Project, in which Graeme Macrae Burnet transports us to a remote 19th-century crofting community and enthrals with his tale of petty vendettas, murderous vengeance and a justice system leaving much to be desired. 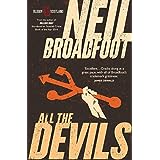 Bloody Scotland-shortlisted Matt Bendoris specialises in fast-paced zeitgeist murder mysteries, written with savvy, swagger and a good dollop of tongue-in-cheek humour, while Neil Broadfoot – another Crime Book of the Year shortlister – is making waves with his brand of Edinburgh crime: he writes with ‘thrills, spills, chills and kills’ (STV). His latest book, All the Devils, is out in September. 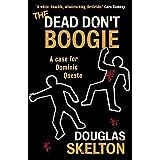 Then there’s Michael J Malone’s ‘strong female characters and honest, pithy dialogue’ make for a ‘deeply satisfying read’ (Sunday Times Crime Club). For crime thrills, witty banter and well-developed characters, Michael’s books are matched by those from Russel D McLean and Douglas Skelton. Russel’s new book, And When I Die, features an undercover cop in too deep, while Douglas Skelton’s The Dead Don’t Boogie introduces us to a new wise-cracking investigator, Dominic Queste.

Many of these authors are appearing at the Bloody Scotland crime writing festival and we’ve got new books from them lined up for next year. But we’re also keen to expand the Contraband range and keep offering our readers a diverse selection of titles, with a particular focus on female authors, such as Claire MacLeary, whose Cross Purpose features an older, female crime-fighting partnership. We also have plans to publish foreign crime titles, hopefully bringing even more new authors to our readers’ attention.

Over at Saraband, we’ve published two wonderful history and arts titles this year: Robin Noble’s Castles in the Mist, which looks at the Victorian transformation of the Highlands; and Sophie Franklin’s Charlotte Brontë Revisited, which offers a thoroughly 21st-century view of the great writer. 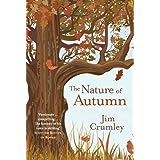 Jim Crumley’s legendary nature writing, such as the just-published The Nature of Autumn and his Encounters in the Wild series, have attracted widespread critical acclaim and a loyal following, as has other literary non-fiction such as Chitra Ramaswamy’s exploration of pregnancy, Expecting, and Karen Lloyd’s celebration of Morecambe Bay, The Gathering Tide. There will be more in that vein in 2017 – for example, the poet Brian Johnstone’s literary memoir about the discovery of long-lost relatives, Double Exposure.

Our Handbook series has been immensely popular in the last few years with A Handbook of… Scotland’s Trees; Scotland’s Wild Harvests; Scotland’s Coasts; and Scotland’s History. Again, 2017 will see another addition to that series, plus more nature and environment-related titles, as they’re areas we passionately believe in and love to publish. 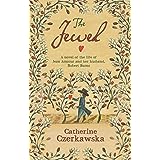 Finally, there’s literary fiction. With the Man Booker Prize recognition for His Bloody Project and the success of Catherine Czerkawska’s The Jewel (about Jean Armour, the wife of Robert Burns), we’ve a thirst to publish more outstanding writing. It’s too early to mention specifics, but watch this space…

Thanks to Saraband Books I can offer a copy of Shelley Day’s dark tale The Confession of Stella Moon. I read this recently and thought it was excellent. It has been getting rave reviews from bloggers and on Amazon. You can read my review here. If you’re not lucky enough to win a copy, you should buy it anyway by clicking here because it’s great and Shelley is lovely! You can enter up to midnight UK time on Sunday 11th September. The winner will be randomly selected by Rafflecopter and contacted within 24 hours.