I’m really pleased to be reviewing Fir for Luck today particularly as it’s publication day. I’m sure you’ll agree with me that it has a very striking cover. Fir for Luck is aimed at middle grade readers, which means roughly age 8-12. Now clearly I am well outside that age bracket, but I can tell you that not only would I have loved the book when I was that age, I thoroughly enjoyed it as an adult reader too.

Fir for Luck is a really exciting adventure story, all the more gripping because it is based on true events. Most people will be aware of the Highland Clearances in the early 19th century and know that villagers were driven from their homes to make way for more profitable sheep, often with very little notice and nowhere else to go. It is partly as a result of the Highland Clearances that so many Scots ended up in Canada and America. This book focuses on the events in Ceannabeinne in Sutherland, where the people fought back to try to prevent this cruel eviction. Barbara Henderson imagines that one of the first people to find out about the eviction was a child, Janet, and that her courage inspired the other villagers to fight to stay in their homes.

I think that children, and girls in particular, will love the character of Janet. She’s an intelligent girl and frustrated that she isn’t allowed to do what the boys do. She doesn’t want to conform to the gender stereotypes of the day and has a strong sense of justice. The setting of her Highland village is brought vividly to life with the peat-smoke filled houses, the fir woven into the pot chains and the rugged Highland countryside all easy to imagine. The fear of the villagers and the sense of unfairness comes through strongly. Young Janet is determined not to give in without a fight and I think this will appeal to children who, as any adult can tell you, often have a very black and white approach to what’s right and what’s wrong!

I gave this book to my 15 year old daughter to read. She’s a little older that the target audience but I thought it would be interesting to get her perspective. It’s a measure of how much she liked it that she read the whole book on a train journey from London to Edinburgh! Here are some of her thoughts: Fir for Luck is a brilliant book for young girls coming to terms with their confidence and bravery. It also keeps a lot of focus on the historical aspect of the Highland Clearances without taking away from the storyline.  I really liked the main character Janet because although she was young she seemed to know what she wanted and she thought it was very unfair that boys could do things she couldn’t and this would be relate-able for young girls facing the same confidence issues Janet was. It could help them realise they can do whatever they want. I would recommend this book to everybody – even if you are not a young person – it is a fun and quick read.

Thanks to Pokey Hat (the children’s imprint of Cranachan Publishing) for providing me with a review copy of the book. Fir for Luck is published today as I mentioned above, in both paperback and as an e-book. You can order a copy here: Fir for Luck

Would you be brave enough to fight back?

When 12-year-old Janet’s village is under threat– she decides to take action. It’s a split-second decision that could cost her everything: her home, her family – even her life.

Can Janet save her village from being wiped out? Or will her family and friends be forced from their homes to face an uncertain future?

Based on real life events, Fir for Luck is a tale of the brutal Highland Clearances, when land owners cared more about sheep than people. 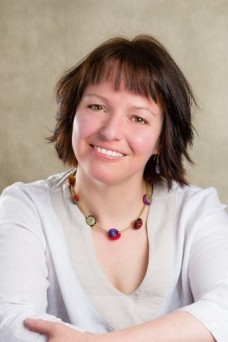 Barbara Henderson is  writer, puppeteer and teacher living in the Highlands of Scotland.  You can find out more about her at http://www.barbarahenderson.co.uk  She loves books, nature’s wild places, history, baking, folk music, old buildings, mosaics, Celtic Christianity, thick woolly jumpers…