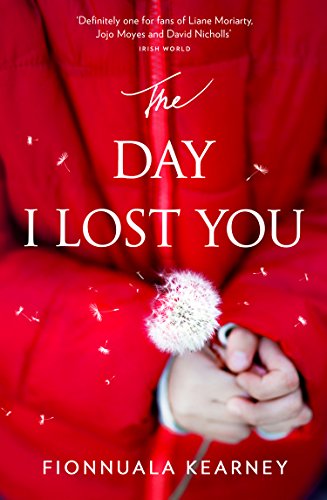 Thankfully, I have never lost anyone close to me in tragic circumstances and so can only imagine how a family copes when tragedy happens. In this book, I  feel that Fionnuala Kearney has probably come as close as it’s possible to get to describing the grief felt by a parent following the loss of a child. Jess’s free-spirited daughter Anna was reported lost in an avalanche just before Christmas and the story begins properly ten weeks later, on what would have been both their birthdays. Jess is now looking after her young grand-daughter Rose and just about getting by with the support of her sister and her mother. The story is also told through the eyes of Theo, a good friend of Jess, who is also coming to terms with loss. In his case, it is the breakdown of his marriage and he has been left as a lone parent, so in a similar situation to Jess. Through Anna’s blog posts, scattered throughout the story, the reader begins to learn more about her life too.

This is such a moving, compelling story. Fionnuala Kearney captures perfectly the turmoil of emotions her characters experience – the grief, the rage, the emptiness, the questioning, everything that someone goes through when they lose someone they love. I felt such compassion for Jess as she struggled to deal with the loss of Anna while at the same time trying to keep things as normal as they could be for Rose. Her elderly father also has health issues which her mother is trying to cope with alone, not wanting to admit that things are getting too much for her. Jess is very much of the generation of women caught in the middle of caring – caring for grandchildren but still caring for parents too. I feel that many women will identify with her feelings of being pulled in all directions, trying to do her best for everyone but she has her intense grief to deal with too.

Another theme of the story is how well can we ever know someone we love? Anna kept many secrets from her mother and this was something that Jess found hard to cope with as she began to uncover more about Anna’s life. It must have been hard to find that Anna was sharing her deepest thoughts on a blog, albeit anonymously, and yet did not feel able to share them with her mother. As becomes apparent though, there was a very good reason why she did not share what was arguably her biggest secret. It is a secret that could very well tear her family apart, even after her death.

The Day I Lost You is a beautifully written, emotional exploration of the effects of grief and revelations on a family. Fionnuala Kearney has shown in her second novel that she is skilled at writing about emotions in a way which will have her readers completely engaged with and empathising with her characters. They are flawed but human and that’s what makes this such a wonderful read – they are real.

When Jess’s daughter, Anna, is reported lost in an avalanche, everything changes.

Jess’s first instinct is to protect Rose, Anna’s five-year-old daughter. But then she starts to uncover Anna’s other life – unearthing a secret that alters their whole world irrevocably.