Today it’s the turn of Douglas Skelton to stand in my author spotlight. His latest book The Dead Don’t Boogie (fabulous title by the way), was published by Contraband in June this year. You can order a copy online by clicking here.

I’m a former journalist, bank clerk, civil servant, taxi driver, shelf stacker and wine waiter. I edited a local newspaper in Ayrshire for 17 years until I decided to give it all up and starve as a full-time writer.

It’s hard to say. I’ve been writing for as long as I can remember. I have a memory of lying on the floor of our flat in Glasgow writing a crime story called ‘Who Killed Cock Robin?’ I’d maybe be about seven. I’ve always been an avid reader – westerns, science fiction in my younger days then into horror and crime thrillers – so I’d hazard that had a lot to do with the desire to tell my own stories.

Although I’d been writing short stories and plays and even attempted one novel as a teenager and younger man, the path to actual publication meandered through the thorny garden of journalism. I’d written a series of true crime features for a Glasgow evening paper and the features editor suggested I put them together as a book. I did that, added a few more cases, and was accepted by the first publisher I sent them to! I was very lucky. I wrote a further ten true crime books before I decided I’d done enough and moved into fiction. That was a great deal more difficult to crack and it took a few years before my first thriller, Blood City, was published. That introduced Davie McCall and it was followed by three more in that series. The last one, Open Wounds, was long-listed for the McIlvanney Prize for Scottish Crime Book of the Year. 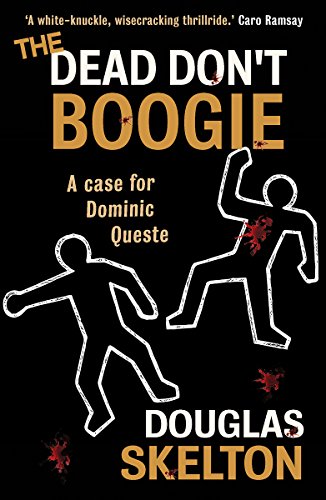 My latest book is The Dead Don’t Boogie, and it’s what I hope is a fast-moving thriller. It introduces a new character, Dominic Queste, a fast-talking, some might say smart-arsed (and they’d be right), kind of private eye. He calls himself an odd job man and the odd job he has in the first book is to find a woman who ran away when she was a teenager. Five years later her aunt wants her back. Naturally, not all is as it seems and there are murderous forces also looking for her.

It was originally called, simply, Queste, but then the phrase The Dead Don’t Boogie cropped up in a phone conversation I had with fellow crime writer Michael J. Malone. I told him I was going to write a book called that. Then I realised I already had written a book that it fitted!

I’ll celebrate with a launch on September 8 in Waterstones’ Argyle Street store in Glasgow. Caro Ramsay will be putting me through the wringer. I’ll mark surviving it by perhaps having a wee soda water or two. With whisky in it.

Graeme Macrae Burnet’s Booker nominated His Bloody Project just blew me away. I’m not a literary fiction kinda guy – I’m usually all pulp and sleaze – but this was so readable, so clever, so darned good it just made me sick. I also loved John Connolly’s ‘A Time of Torment’.

Book, always a book. I don’t have a Kindle and because I spend much of my time looking at words on a screen, the last thing I want to do is continue that during my leisure hours. I understand the attraction of Kindle but I much prefer a book. I read whenever I can!

Philip Marlowe. He’s so cool and always has an answer. Okay, he’s a bit down at heel. I’ve got that down already. 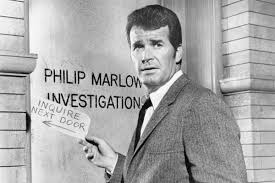 One thought on “Douglas Skelton – Author in the Spotlight @DouglasSkelton1 @sarabandbooks”