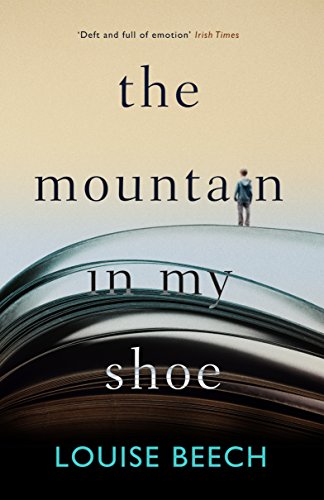 As I was reading this book I was wondering if it would be acceptable to write for my review ‘Do you know what? Just buy it as it’s wonderful’. That would still be my advice but I suppose you’d like to know a bit more about why it is wonderful.

Young Conor has had a very difficult start in life. His mother has been unable to care for him and for a variety of reasons he has been in various foster and care homes. We meet him as a ten year old, being long-term fostered by Anne Williams (and I must tell you that made me smile a lot as I know the person who this character is named after and she is just as lovely as her namesake). The reader gets to know more about Conor’s young life through  his Life Book, a book kept for children in care with reports and letters from social workers, birth family and foster families, so they will know about their early years when they grow up. Conor is also has a befriender, Bernadette. Bernadette has no children of her own and is in a loveless marriage. Her husband, Richard, is a very strange person. He’s very controlling and manipulative and there is more than one hint of physical abuse as well. On the day Bernadette has finally decided to leave Richard, he doesn’t come home. She discovers that Conor’s Life Book is missing and gets a call from Anne to say that Conor has not returned from school. Coincidences or not?

This was a book which really touched me. I read it quite slowly over the course of a few days and when not reading, the characters stayed with me. My heart went out to poor Conor. He was a remarkable young man given all he had been through. It was wonderful that he finally had a loving and stable home with Anne where he could start to feel safe and begin develop his full potential. The relationship between Bernadette and Conor was very movingly portrayed. Many years ago I also volunteered with a befriending organisation and I could identify with the feelings of nervousness on the part of Bernadette meeting Conor for the first time. Louise Beech has written beautifully about her characters’ emotions and really touched on what makes a family. It’s not always blood ties which form the strongest most lasting bonds. There are so many moving scenes when you might find a lump in your throat as you are reading. The author has written such a captivating book which had me completely involved in the characters’ lives.  Although it has some very emotional scenes, it’s ultimately an uplifting read about love and its power to change people’s lives in so many ways.

Huge thanks to Karen at Orenda Books for my copy of this book. It was published as an e-book in July 2016 with the paperback published at the end of September. You can order a copy online here: The Mountain in My Shoe

A missing boy. A missing book. A missing husband. A woman who must find them all to find herself. On the night Bernadette finally has the courage to tell her domineering husband that she’s leaving, he doesn’t come home. Neither does Conor, the little boy she’s befriended for the past five years. Also missing is his lifebook, the only thing that holds the answers. With the help of Conor’s foster mum, Bernadette must face her own past, her husband’s secrets and a future she never dared imagine in order to find them all. Exquisitely written and deeply touching, The Mountain in My Shoe is both a gripping psychological thriller and a powerful and emotive examination of the meaning of family … and just how far we’re willing to go for the people we love.