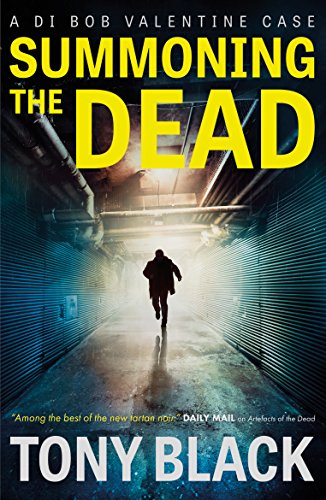 Fancy winning a paperback copy of Tony Black’s latest DI Bob Valentine book? Oh good, it’s very easy. Just click on the giveaway link at the bottom of this page for details of how to enter. You can enter until midnight on Thursday 27th October (UK time) and the winner will be advised within 24 hours.

Summoning the Dead was published on 6 October 2016 by Black and White Publishing as an e-book and in paperback. If you’re not lucky enough to win a copy, you can order the e-book for just £1.89 (at the time of writing) by clicking here.

“We have a dead child, and a crime scene that has been remarkably well kept for us.”

A young child lies mummified in a barrel. His hands, cable-tied, appear to be locked in prayer. As forensic officers remove the boy they are in for an even bigger shock – he is not alone.

With his near-fatal stabbing almost a memory, DI Bob Valentine is settling back into life on the force but he knows nothing will ever be the same. Haunted by unearthly visions that appear like waking dreams, he soon understands he is being inducted into one of Scotland’s darkest secrets.

When the boy in the barrel is identified as a missing child from the 1980s, it re-opens a cold case that was previously thought unsolvable. When further remains are unearthed, the facts point to a paedophile ring and a political conspiracy that leads all the way to the most hallowed corridors of power. 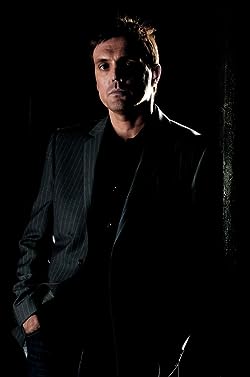 Tony Black is the author of 13 books, most recently A Taste of Ashes, the second novel in his DI Bob Valentine series. He has been nominated for six CWA Daggers and was runner up in The Guardian’s Not the Booker prize for The Last Tiger.

He has written three crime series, a number of crime novellas and a collection of short stories.

For more information, and the latest news visit his website at: http://www.tonyblack.net or his blog: http://www.pulppusher.blogspot.com