I found out through a local Facebook group that fellow Portobello resident Paul McConnell has recently self-published a children’s book, The Flying Pig. It’s available for Kindle and is currently only 99p. You can order a copy here. I got in touch and asked if he’d like to tell my blog readers about the book. So without further ado, here is Paul to tell you about himself and The Flying Pig.

I was born and brought up in London. About ten years ago I moved here to Portobello, almost by accident. I write in my spare time, in between work and raising my two sons.

I was a voracious reader right from childhood, so for as long as I can remember I have been interested in writing as a form of expression. My creative instinct is quite strong but I am pretty hopeless at drawing and I’ve never fulfilled my dream of having a shed full of excellent machine tools, so writing has become my primary outlet. It’s a great feeling when the words just fall out of you, almost without your control. But it doesn’t happen that way very often!

I imagine a lot of aspiring writers have a similar story. You start off with a notebook which you fill with ideas and half-formed stories, then you get another one, and another… and after a few years you have lots of notebooks and lots of pieces of this and that, but nothing finished. Your confidence and motivation ebbs and flows, but eventually you get an idea which grabs you and won’t let go until it’s been made real. You eventually write a book, then realise you need to learn a whole new skill-set if you want to get the thing published – and the whole process might take years! The DIY e-book avenue is a great opportunity to get your work out there while you explore the more traditional routes to publication, so that’s what I’ve chosen to do. 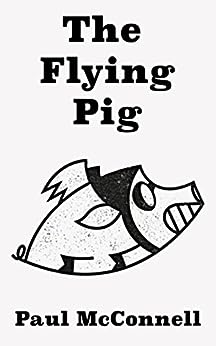 It’s a sci-fi adventure aimed at 9-12 year olds. Silas and James discover a broken-down jetpack – The Flying Pig – and are soon battling monsters, flying to the Moon, and travelling far back in time. And that’s before things start to get really exciting!

There was never any doubt. As soon as the collection of stories condensed into a proto-book I knew it was going to be called The Flying Pig.

I think I’ll leave the celebrations until I have a physical book in my hands. But it was pretty satisfying to send it out into the world.

There are a couple of unfinished projects in those notebooks, one of which is demanding urgent attention. Writing for kids is fun but there are certain places you can’t or don’t want to go; whatever I write next will be aimed at adults, I think.

Elect Mr Robinson for a Better World by Donald Antrim is a black comedy set in an apocalyptic Florida town. Very funny but somewhat challenging in parts. Probably not for everyone, but I thought it was excellent.

I re-read The Big Short by Michael Lewis recently. It’s an account of the few people who saw the 2008 financial crisis coming. Lewis is a great writer and the story is so outlandish you can’t really believe it could be true – but it is.

Barbarian Days A Surfing Life by William Finnegan is a fascinating surfing and travel memoir. The author spent years chasing waves across the world and along the way forged a career as a journalist and writer. A must for anyone who has ever felt that urge to explore the more remote corners of the planet.

He’s the author rather than a character, but William Finnegan, in Barbarian Days. He has surfed waves I will surely never have the skill or bravery to experience! 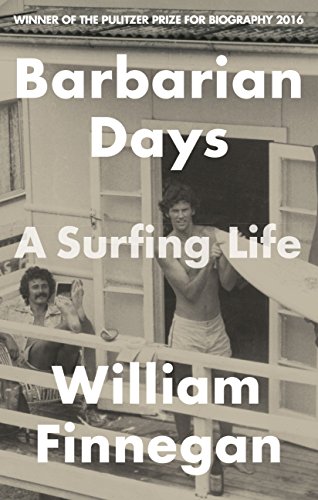