Welcome back to Portobello Book Blog, I hope you all had a lovely Christmas and New Year. I have taken time the past couple of weeks to catch up on some books from my personal to-be-read pile, by which I mean books I haven’t specifically been asked to review. So here is a collection of mini-reviews of those books. What have you  been reading over the holidays?

I very much enjoyed this story of several generations of an ordinary American family in Baltimore stretching from the 1920s to the present day. Anne Tyler has a knack of writing about the unremarkable in a very compelling way. Although nothing particularly dramatic happens to the Whitshank family, their story was still absorbing. I was a little disappointed in the ending though as I felt a few issues were left unresolved, especially with regards to one the sons, Denny. There was a lot of warm humour throughout the book as well as poignant scenes all taking place in and around the family’s much loved large house, which was almost a character in itself.

I loved The Lewis Trilogy by Peter May when I read them a few years back. Since reading them I have visited Lewis and so when I was reading Coffin Road I had a really clear picture in my mind of the landscape and the cemeteries by the beaches which fascinated me while I was there. I absolutely loved this book. The settings really added depth to the story for me with Lewis and Harris, Edinburgh and even Portobello all featuring. The storyline was a complete surprise to me and on a very important and topical subject. I don’t want to give it away so won’t mention what the mystery aspect of the story is. The man washed up on the beach at the beginning of the book has lost his memory and fears he may have killed a man. This unreliable narrator was a great device which meant that as a reader, I learned what was going on at the same time as the mystery man. Coffin Road is another terrific thriller from Peter May and he used the island setting to great effect again. 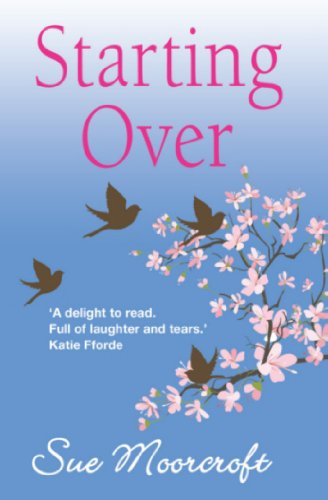 I found this lurking on my Kindle and as I really enjoy Sue Moorcroft’s books, I decided this would be a good easy reading choice for the holidays. I was right – it was brilliant! What I like about Sue’s books is that they are not all sweetness and light romances. Her characters are always likeable, yet have flaws that make them seem more real. Their actions sometimes infuriate and irritate me but again this just makes the story seem more real. In this book Tess has moved to the village of Middledip after being jilted and suffering a miscarriage which was very nearly life-threatening. Ratty (not your average name for a romantic hero!) works in the local garage and is known for his string of relationships. Now I would expect them to get together and of course they do but their relationship is far from smooth as they experience all kinds of bumps in the road and problems which you know that many people do have to deal with. They are both stubborn people and this stubbornness could well see the end of the relationship. Once again, I find myself a little in love with one of Sue Moorcroft’s leading men! A great story with lots of issues covered, real depth and Sue’s deft touch is clear when it comes to conveying her characters’ emotions. Thoroughly enjoyed this book.

I loved The Famous Five when I was young – still have the full set in the attic – so I just had to have one of the new Famous Five for Grown-Ups. I really enjoyed reading this which is written very much in the style of the original books. In this story, George is furious with the Brexit result and declares Kirrin Island independent from the UK. Julian decides to fight for Kirrin to stay in and a hoard of journalists descend on the island. The book was very funny and had lots of nods to the original stories as well as references to some of the events of the real Brexit campaign. One of the funniest moments was when Julian descends on a zip-wire in the style of Boris Johnson and I loved how George dealt with that! It was a nice touch to include some of the original illustrations too. A very funny book and I’ll definitely be reading more of the new Famous Fives.

The Dead Beat by local author Doug Johnstone was a fast paced and gripping thriller. It’s about Martha, doing journalistic work experience on The Standard newspaper in Edinburgh. If you know Edinburgh at all you’ll know exactly what newspaper the author really means! On her first day she’s is working at the obituary desk when she receives a call from someone who apparently commits suicide while on the phone to her. This leads to Martha and colleague Billy (who featured in Hit and Run which I also enjoyed) rushing to try to save the man’s life. They then get caught up in all kinds of events which, it soon becomes apparent, are linked to long kept secrets in Martha’s family. As with all of Doug Johnstone’s books, there are plenty of twists and lots of action. Edinburgh was depicted brilliantly with a fair bit of the story taking place in my side of the city and so very well known to me. The very beautiful front cover is relevant to the story – again if you know Edinburgh you’ll recognise the bridge and probably know what occasionally happens there. A very eventful, fast moving race against time through the streets of Edinburgh and a hugely enjoyable read. 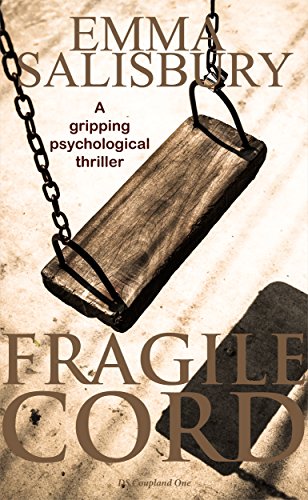 Fragile Cord is the first in a series featuring DS Kevin Coupland, a detective in Salford. Along with his colleague DC Alex Moreton, he is investigating a violent assault as well as an apparent murder-suicide in which a mother has killed her child before committing suicide. As they work on these cases, secrets begin to emerge from the past and it appears that the crimes may somehow be linked. Emma Salisbury has written a really compelling crime novel with lots of surprises as her detectives work on the cases. What I particularly enjoyed was reading about how the detectives were affected by the cases and how this carried over into their home lives. The front of the book says this is a gripping psychological thriller and it really is. It was a book I just couldn’t put down as I had to find out what had happened, particularly to the mother to make her kill her child and take her own life. I couldn’t begin to guess what the circumstances were and yet, once revealed, they were very credible. A terrific start to the Coupland series (there are three books so far), this book was a well plotted and pacy read. 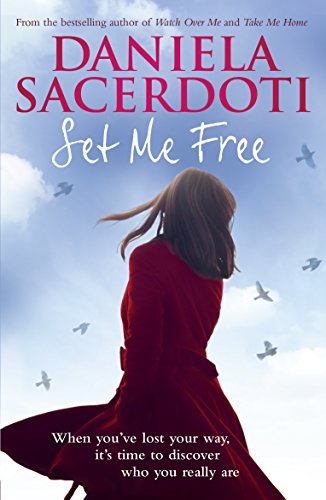 Set Me Free is the third book is Daniela Sacerdoti’s Glen Avich series – there are now four books. I had read the previous two a while ago and couldn’t really remember much of the plots, just that I had enjoyed them, but you can easily read this as a standalone. This was such an enjoyable book. Margherita has separated from her husband and taken her children to Glen Avich to spend summer with her mother. Torcuil Ramsay is the lord of the manor though not the crusty old man Margherita was visualising. Along with a rather touching romance between two people learning to love again, there is more than a hint of the unexplained. Who wouldn’t want to live in Glen Avich? It sounds such a beautiful place where people and the descriptions are so atmospheric. There is quite a focus on food which may have you heading for your baking books, with Margherita’s mother owning a coffee shop and Margherita herself being a pastry chef. (And the good news is you can download a free recipe book featuring some of the delicious bakes mentioned in the book.) Set Me Free is an emotional, captivating book which I found a calming read. Daniela Sacerdoti has a new series coming out next year and I’ll certainly be looking out for it. Her writing is so beautiful and warm.

8 thoughts on “Mini reviews of books from my TBR list”