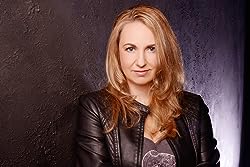 I think this could be a first today: I have not one but two authors in conversation! Steph Broadribb’s Deep Down Dead was released in paperback yesterday and I’ve seen plenty rave reviews from other bloggers. Here she is chatting with Alex Caan, author of Cut To The Bone, about how they go plan their writing.

By Plot or By Pants: Steph Broadribb and Alex Caan talk how they write

STEPH: Are you a plotter or a pants-ier? It’s a common question at writing workshops and events. But what I’ve learnt is that the answer isn’t usually a clear cut either/or, but that it’s more of a somewhere along the continuum from plotter – ‘200-page detailed plot outline’ – to pansier – ‘nothing but the spark of an idea and a blank sheet of paper’.

Of course there are great writers who occupy the furthest ends of the spectrum. Lee Child is a famous pantsier – his word-by-word approach to building stories featuring his iconic protagonist Jack Reacher is chronicled in an entertaining and educational way (including a coffee and cigarette tally per number of words/hours) by Cambridge academic and Reacher super-fan Andy Martin in his must-read book REACHER SAID NOTHING: the making of MAKE ME.

Stephen King, in his brilliant book ON WRITING puts himself a little further along the continuum. He doesn’t say that he never plots, but admits that it’s a pretty infrequent occurrence. What he does say is that he doesn’t trust plots because life itself is unplotted. King favours the spontaneity of creation.

Maybe being a fan of these great writers influenced how I set out to write DEEP DOWN DEAD. Maybe I had in my head that if it works for these guys – and boy does it work! – then it would work for me too. I’m not sure. What I have found is that I’m happiest starting with a blank page and seeing where my imagination takes me and my characters. So far, I’m definitely on the ‘pantiser’ side of the spectrum.

I wondered if being influenced by your writing heroes style is something that’s happened to other debut authors, so I decided to check out what my good friend and crime writer Alex Caan thought. How did you set out writing your fantastic debut CUT TO THE BONE, Alex?

ALEX: ARE YOU CRAZY?? How do you write without a plot? The very idea terrifies me. Where’s the paracetamol? Ok, anyway, so I need to know my beginning and end, and most of the middle before I write one word. Otherwise it’s like someone pushed me out of an airplane without a parachute (and yep there’s a list of people willing to do that). Conversely what I can’t do is the detailed plot, you know the one that’s hundreds of words. I still want to have fun while writing, so I love filling in the blanks and writing the detail as I go along. (Oh and thank u for your kind words and right back at ya!)

STEPH: Lol, yeah I guess it is a bit like jumping out of an airplane, although I prefer to have a back-up parachute with me, y’know, just in case! So do you think your approach was influenced by your writing heroes?

ALEX: Honestly, no. Not being arrogant here (I mean wtf am I exactly? Sorry is it ok to sort of swear…actually I’ve read DDD so yes I’m sure it is…) but I tried doing it, I watched and read every interview with my heroes (ironically YouTube is great for these!) and started emulating them. But nothing worked. So the advice I give everyone is the one I follow, namely find your own pace/method. Although that is the advice that Anne Rice, one of my heroes, gives people. Which for me is writing my novel the night before deadline date (I AM JOKING if Katherine Armstrong is reading this…) Erm. Moving on, so tell me how can you write without a plot? I can’t imagine how you wrote such a fantastic novel as DDD without one. Now I’m imagining you at every thrilling point in that novel hovering over the keyboard wondering just like Lori exactly what’s going to happen next and what she’ll do. How do you do it? And have you ever written yourself into a situation where you think oh shucks how do I get out of this one?

STEPH: I’m constantly writing myself, well Lori, into situations where I’ve no idea how to get her out of it! That’s half the fun though, and it’d be cheating if I went back and made things easier for her. I love the puzzle element of thrillers and so setting myself a challenge to solve is a big part of that. When I start I need to decide on a title, and get the first paragraph just right. After that I’m largely pantsing it, although I do jot down action sequence scenes or lines of dialogue on post-its so I don’t loose the plot (!) if my mind is working quicker than my fingers. By the end of the first draft my desk, and floor, and walls are all covered in multi-coloured post-its as I don’t throw anything away until the full draft is done!

It’s interesting what you said earlier about being a plot person but not working from a super detailed plot. I’ve got a writing friend who writes the most amazingly detailed plot outlines. They’re works of art, really intricate, and I’m totally in awe. If that were me I’d feel totally handcuffed to that precise story, but they find it helpful – they like having a roadmap of the story to follow, but they’ll deviate from the plan if they have other ideas along the way. I find just looking at their plot outline brings me out in the shakes!

ALEX: See your friend is sensible and normal. Although I’m too lazy to do full outlines. I mean too involved in the creative process. Ok yeah basically too lazy. What you do though, the blank page, I mean…sorry I have to go and lie down…

STEPH: Ha! Okay, so what about editing? As a pantsier I do quite a few drafts after the first one, probably about five, minimum, before it goes to my editor. How many drafts to you do Alex?

ALEX: One draft. The words flow from my plot outline like nectar…oh ok fine I’m full of rubbish, I lost count of how many times I edited and re-wrote CTTB. Five is really good. Ok I might try this pants thing…ok no, I have to go and lie down again…

Do you not constantly fall victim to writer’s block or procrastination or surfing the net and playing candy crush/Empire/Angry Birds by not having a plot outline? And what tips do you have to stop a ‘friend’ of mine from doing all of the above while writing (even with a plot outline)?

STEPH: Like nectar? Blimey! Lol. I’ve lucky not to have had writer’s block, but I am a regular sufferer of procrastination. As a pantsier I can write 4000 words in a day or no words. On a really bad day I might write less than no words by re-reading the chapter I wrote the previous day and deleting some! My only tip is to ring-fence your writing time and ban yourself from doing anything else. I find first thing in the morning works for me (plus there aren’t many folks on Twitter at 5.30am!). I’ve also just moved house and have no landline or wi-fi and intermittent 4G and signal so I’m fairly cut off from the outside world. Oddly, I’m finding that’s making me a lot more productive!!

STEPH: Ha! Well I guess plotter or pantser, the basic goal is the same – to write the best damn book we can!

ALEX: Anyway, I LOVED Deep Down Dead, as you know, and it’s already my favourite book of 2017 and will take a lot of shifting from top spot. (Unfortunately everyone knows I can be bribed by cake though…) But we have to talk about the taser. I’d like to taser XXXXXX because they are basically a XXXXXX. Who would you most like to taser and why?

STEPH: Thank you! And you know that I adored your brilliant debut CUT TO THE BONE. But, who would I like to taser? Gosh, that’s a tough one. I usually say Rod Reynolds (but that’s usually because Liz Barnsley has put me up to it!). I’m not sure I really want to taser anyone right now. Maybe later 😉

Steph Broadribb is an alumni of the MA Creative Writing at City University London and trained as a bounty hunter in California. Her debut novel DEEP DOWN DEAD is out now – here’s the blurb: Lori Anderson is as tough as they come keeping her career as a Florida bounty hunter separate from her role as single mother to nine-year-old Dakota, who suffers from leukaemia. But when the hospital bills rack up, she has no choice but to take a job that will make her a fast buck. And that’s when things go wrong. The fugitive she’s chasing is JT, Lori former mentor – the man who taught her all she knows … the man who also knows the secrets of her murky past. (Alex would like to add: ‘It’s one the best books I’ve ever read, seriously you MUST read it!’)

Alex Caan has spent over a decade working in Information Systems Security for a number of government organisations, and is currently specialising in Terrorism Studies. A lifetime passion for writing was sparked by an English Teacher in school eventually led to Alex completing an MA in Creative Writing, and write Cut to the Bone: One missing girl, two million suspects. Ruby is a vlogger, a rising star of YouTube and a heroine to millions of teenage girls. And she’s missing . . . then the video’s uploaded . . .Ruby, in the dirt, pleading for her life. Detective Inspector Kate Riley and Detective Sergeant Zain Harris are assigned to find her. But as they dig deeper into Ruby’s disappearance, they soon realise that the world of social media is much darker than anyone could have imagined. And the videos keep coming . . .