Kicking off the author spotlight feature for 2017 is Mike Thomas, whose most recent book Ash and Bones was published by Zaffre in August 2016. You can order a copy online here: Ash and Bones

I was born at the start of the Seventies in the Welsh town of Caerphilly – think cheese and Tommy Cooper’s birthplace – and now live in Portugal with my wife and children. I was a police officer for over twenty years, working the Valleys and the capital city, Cardiff, but gave it all up to write. In 2013 we decided to move abroad for six months, but then we forgot to move back. Our home now is in a tiny hamlet in the mountains of central Portugal, surrounded by pine forests and dogs that won’t stop barking, even after I shout at them from my bedroom window. So I spend my days writing, shouting at animals and fixing up an old stone house that needs serious fixing up.

I was always fascinated with books – the covers, the contents, what secrets and stories lay within. And authors were like rock stars to me as a kid. I’d be walking to school and have to stop in the newsagents on the way – they had a great book section and I’d spend ten minutes flicking through the latest Stephen King or Dean Koontz. That was the spark, really. I’d get home and write longhand – opening chapters to novels, short stories. Usually horror, where everybody dies hideous deaths at the hands of zombies or swamp monsters. So I blame Stephen King for all this.

I stopped writing when I joined the cops. It kind of just fell away amongst the shift work and case file preparation and occasionally trying to sleep. But after ten or so years in policing I’d had enough of being punched and sworn at so started digging my escape tunnel. Signed up for writing groups and courses, won some short story competitions, and wrote three or four novels that were rejected by every publisher in the universe. Then somehow I managed to blag my way onto the University of South Wales’ fantastic MPhil in Creative Writing, which was a major turning point in my life. It was there that I wrote my debut novel, ‘Pocket Notebook’. And Dan Franklin, the publishing director for Jonathan Cape – think Amis and McEwan and Pynchon, all of whom he looked after – came to the university to give a talk to my MPhil cohort. And, with the help of a handful of students and faculty, I mugged him. Literally handed him my manuscript and asked him to read it. He was incredibly gracious – it was rather a rude thing to do, really – and slipped it into his briefcase, and about two months later he emailed to say he wanted to publish it. I was in work at the time; my wife rang me to read out the email. I think I ran around the police station for ten minutes, laughing and hooting and kissing my worried colleagues. Very quickly from there it was trips to London and being taken on by an agent and going for ridiculously expensive meals with book reps (which they paid for, yay!) and all the rest of the ace things that go with getting your debut novel published. In total, it only took about fifteen years of graft to get there…

‘Ash and Bones’ is my third novel, but the first of a series featuring Detective Constable Will MacReady. It’s a crime novel, and quite dark, if you like that sort of thing (although my definition of ‘quite dark’ may prove to be very dark to some people – after two decades in the police my radar is a little off in that respect!). It’s Will’s first day on the CID, but it coincides with the murder of a plain clothes officer who is shot dead during a raid on a flat. Meanwhile, in Lagos in Nigeria a young street boy is being delivered to an orphanage, where the staff hide a terrible secret. Over the course of the novel we learn how these two strands connect.

It was really difficult to come up with a title. I joked on Twitter that it was more difficult than writing the book. The publisher and I bandied ideas back and forth, but we settled on ‘Ash and Bones’ as it alludes to some awful goings-on in the novel. Very apt, really. Simple as that.

I don’t any more. I celebrate finishing the first draft of the manuscript, usually with copious amounts of alcohol and terribly unhealthy snacks, then lie down the next day with a sore head before starting on rewrites and a new novel. People seem to think magical things happen on publication day – you know, choirs singing outside your house, book fairies sprinkling your hair with happy dust, money being thrown at you by neighbours – but they don’t. It’s a special day in terms of your work is finally out there, but in the main the world goes about its business so you go about yours. On publication day I usually go away. For the latest I went to a coastal town called Nazaré, on Portugal’s western flank. I was looking forward to a few days in the sun, just doing nothing, as we haven’t had a holiday since 2010. And it rained. Poured down. And I had mild food poisoning. So we got in the car after one day and drove home. See, magical!

The next MacReady novel – called ‘Splinter’ – is done and due for publication August 2017. I’m currently working on book three, as yet untitled. More crime shenanigans though, involving the disappearance of a five-year-old girl. And I have another book on the go, a comedic effort about a Special Constable who is a bit of a Walter Mitty type, and who gets himself caught up in a string of murders that he just has to solve himself…

‘Tall Oaks’ by Chris Whitaker. His debut; it’s a remarkable book, as good a novel as I’ve read in a long time. 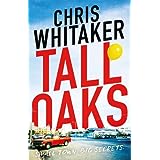 I’m up to my neck writing a new crime novel, so make a point of avoiding similar books during the first draft stage. It’s November 2016, and I’m re-reading Cormac McCarthy’s ‘The Road’. Masterpiece. 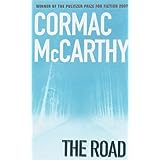 See above. ‘The Road’. If I was stuck on a desert island for the rest of my life, alone and with limited Pringles and booze, at least I could delve into McCarthy’s book where people are having an even more miserable time. It’d cheer me up no end.

‘Mailman’ by J. Robert Lennon. It’s a terrific novel about a US postman named Albert Lippincott who completely loses the plot. Funny and dark and incredibly moving.  The character is a neurotic, twitchy type, nudging sixty years of age, so I could see somebody like Steve Buscemi or William H. Macy in the role.

The usual. Website, Twitter, Facebook and Goodreads. I run frequent giveaways and competitions on the site, and there are plenty or reviews and reblogs from the book community. On Twitter I mostly rant about junk food. But I like to interact and have some fun. And I know lots of other authors, so there’s plenty of tips about new reads and events.

Going back to Stephen King: Paul Sheldon, best-selling author of the Misery Chastain novels in King’s ‘Misery’, purely because a) he’s hugely successful and b) he gets to smoke at the completion of every book’s first draft. I quit smoking miniature cigars about four years ago and when I type ‘The End’ it’s probably the only time I miss having a puff on a Café Crème. We’ll forget about the bit where Sheldon’s held hostage by a deranged ‘number one fan’ who ends up hobbling him with an axe. Let’s just focus on the smoking, right?

5 thoughts on “Mike Thomas – Author in the Spotlight @ItDaFiveOh @BonnierZaffre”