Victoria Blake’s novel Titian’s Boatman will be published on Thursday by Black and White Publishing. You can order a copy online here. It sounds a really wonderful story and I’m delighted that Victoria has joined me today with a fascinating Author Spotlight.

Thanks for joining me Victoria – first of all, would you tell me a little about yourself?

Hello and thank you so much for having me on your blog. I’m honoured! I was brought up in Queen’s College, Oxford from the age of six  because my father was the Provost. I studied history and law and have worked in publishing (Gerald Duckworth) and bookselling (The Silvermoon Bookshop and Bookcase) and I live in SW London.   I’m the author of eight books: four crime novels featuring the PI Sam Falconer set partly in Oxford and partly in SW London, two true crime books written for the National Archives on Ruth Ellis and Florence Maybrick and two historical fiction novels: Far Away which is set during the Second World War in Italy and is based on my father’s memoirs of escaping from a POW camp in 1943 and now Titian’s Boatman set partly in Renaissance Venice and partly in 21st century London and New York.

I was very lucky to be brought up in a family of voracious readers and surrounded by  books. My father was  a writer, the historian Robert Blake, who taught politics at Oxford. His students included David Dimbleby and Nigel Lawson.  From a young age I was aware of writing as a thing that was valued and that was being  done in my vicinity. The silence and concentration of my father when he was in his study was very intriguing to me as a child. I was aware of him being absent (lost in thought) but very content. Where was he? It made me curious and must have had an effect on making me want to write. But it was also somewhat overwhelming. As I grew up, I became aware that my father had written a book on Disraeli, which was viewed as one of the best political biographies of the twentieth century. This meant that I didn’t really take to writing until I was in my twenties. The weight of his reputation was intimidating and even though  I wanted to write fiction not history it still  seemed like a lot to live up to!

After writing four crime novels and two true crime books I decided that I wanted to try and write something other than crime. I hankered to spread my wings a little and write something that would give me slightly more freedom to experiment.  There was quite a lot of research involved for Titian’s Boatman and the book took me longer to write than my crime novels.  Then my agent began sending it out.  We got the odd suggestion I might want to set the book only in Renaissance Venice but that would have involved completely gutting the book and would have removed ‘the power of art through the ages’ aspect of the book. She believed very strongly in the book as I had delivered it to her and when we found Black and White they embraced it with great flair and enthusiasm and I feel extremely lucky to be with them. They’ve produced a stunningly original jacket for the book and when I saw it I knew that I was in very good hands.

In  a nutshell, what is your latest book about?

It’s an odd business writing and sometimes it helps to have someone else tell you what your book is about. I was very lucky to get a great quote from writer Rory Clements. He said:

“From the squalid glamour of 16th century Venice to modern-day London and New York, Titian’s Boatman demonstrates the power of art to bridge the years and transform lives.”  That pretty much nails it. Thank you, Rory!

It was a toss up between Titian’s Boatman and The Man with the Blue Sleeve (MWBS). MWBS is a painting that Titian painted when he was twenty. It hangs in Room 2 of The National Portrait Gallery and I absolutely love it. Black and White very kindly allowed me to use it as a subtitle and so I sort of got to have my cake and eat it. I think Titian’s Boatman won out because it’s got Titian’s name in it and he was a genius and one of the greatest painters of the Renaissance and the plot of my book revolves around a number of his paintings and he is an important character in the book.  I used boatman rather than gondolier because I wanted to use an earthier word than gondolier. I think to modern ears gondoliers simply suggest  a tourist trap. Nowadays Venetians are as likely to get in a gondola as Londoners are to go and watch the changing of the guard. I was also influenced by the character in Robert Bolt’s play A Man for All Seasons. In that play  there’s a boatman who observes the ups and downs of Sir Thomas More’s career and there’s a certain moment when he won’t take More in his boat anymore because More has fallen so out of favour.  He is a sort of everyman watching the comings and goings of the rich and powerful.  It was that type of character that I wanted my title to evoke.

I’m having a launch party at Nomad Books in the Fulham Road, London on the 25th January. It’s my local independent bookshop and they’ve very kindly said they’ll host it.

I have. I’ve always been fascinated by female foreign correspondents. From Kate Adie to Orla Guerin, from Lyse Doucet to Lindsay Hilsum. How do they go into those chaotic, dangerous situations, report so calmly and coherently and then come home again without being destroyed by it? They seem to me the epitome of intelligence, glamour and integrity.  My next book is set in the 1930s and my fictional heroine is one of the first female war correspondents, who goes to report on The Spanish Civil War.  I keep thinking I’ve finished it and then I discover another book and think, ‘Oh I’ll just read this and…’ So it goes on. Soon my partner will stand over me shouting and I’ll press the button to send it off to my agent.

Oh, I think I’ll go for three! I’ve read a biography of Beryl Bainbridge, Love by all sorts of Means, by Brendan King. I used to work at Duckworth, her publisher, and in fact I was working in the warehouse when Birthday Boys came in and it was the most orders of any one title that I sent out. It’s a very fair minded and also funny book about an extraordinary writer  so it’s been a delight to read.  I’ve also been reading Cogheart by Peter Bunzl. It’s an absolutely charming children’s book which reminds me a little of the Joan Aiken books I read as a child. One of the characters is a mechanical fox called Malkin. I want him! Finally, it would have to be the last volume of Elena Ferrante’s Neapolitan Quartet, The Story of the Lost Child. I’m hoping someone will have given me Frantumaglia (her autobiographical writings) at Christmas.

I’m reading Guapa by Saleem Haddad – It’s a novel and the subject matter is an unusual one – gay life in the Arab world. It’s beautifully written, a fantastic touching read.

I would probably take Regeneration by Pat Barker.  It’s about Dr William Rivers, a psychiatrist at Craiglockhart hospital  in Scotland and his relationship and treatment of  the war poets Siegfried Sassoon and Wilfred Owen and others during the First World War. Barker and Beryl Bainbridge are among my favourite writers. I’ve read this book many times and each time I come to the end of it I think it’s a stunning masterpiece: a perfect blend of head and heart, of the personal and the political. Billy Prior, a fictional soldier, who lives on in the two following books in the trilogy, Eye in the Door and The Ghost Road, is to my mind one of the great creations of 20th century fiction. 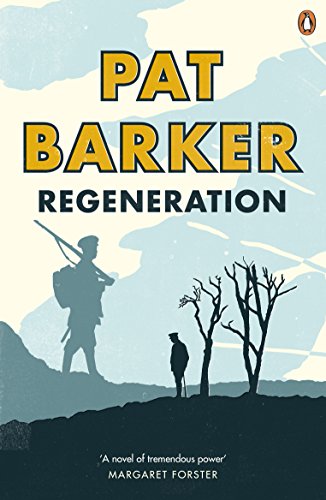 Could I have a fit of narcissism and  chose my own?! Peter Capaldi as Titian. Benedict Cumberbatch for the boatman, Sebastiano. Romola Garai as the courtesan, Tullia. And finally Toby Jones as Terry, an actor rehearsing the role of King Leontes in The Winter’s Tale, while undergoing a nervous crisis. If that happened I would feel I had died and gone to heaven.

Two characters came instantly to my mind. Anna Madrigal, who is one of the central characters in Armistead Maupin’s Tales of the City series. I’ve always hankered after living inside those books and if I was Mrs Madrigal I’d get to live in 28 Barbary Lane in San Francisco and I’d be in the thick of it. Then, and  I’m slightly embarrassed to admit to this,  Captain Haddock from Hergés  Tintin books.  He drinks, he swears (imaginatively  not crudely – ten thousand thundering typhoons), he has splendid adventures: he flies to the moon, he’s captured by the Incas and he’s best friends with Tintin. I know he’s a bit of an idiot but he also gets to live in the very splendid Marlinspike Hall. I suppose what the two characters share is a certain hedonism and rebelliousness. I wonder what they would make of each other if they met? I think Mrs Madrigal would figure him out pretty quickly! 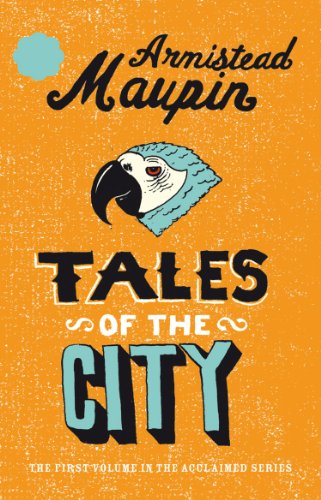