A Deadly Thaw is the second book from Sarah Ward which once again features DC Connie Childs, DI Francis Sadler and DS Damian Palmer. It drew me in from the very beginning. A murder victim’s body is discovered in an abandoned mortuary and Sadler recognises it as Andrew Fisher. The thing is, Andrew’s wife Lena has not long been released from prison having served a sentence for his murder – twelve years ago. The detectives have quite a task working out who the mystery victim is, as well as where Andrew has been for the last twelve years. Lena’s sister Kat, a counsellor, is receiving mysterious clues from a teenage boy and is also drawn into trying to solve the mystery. In a place where the locals admit “We’re good at keeping secrets here….You won’t get far taking what everyone says at face value.”, the detectives are going to find this case challenging.

I really enjoyed the style of this book. Short chapters giving the multiple viewpoints of the detectives and Lena’s sister Kat gave me a good overview of what was happening and kept the story moving along a perfect pace. At the end of many of the chapters there were teasing mini-cliffhangers which led to me wanting to keep reading just one more chapter. I was really engrossed in story puzzling over who was the original murder victim and if not Andrew, then where had he been for all these years? And why on earth would Lena confess to murdering her husband if she hadn’t? Part of the plot looked at how policing has changed over the years focusing on one particular issue and that was really interesting to read about. The detectives worked solidly through clues which I feel is probably a true reflection of police work.

Sarah Ward has created some terrific characters and I enjoyed finding out more about the personal relationships between the characters in this book. DC Childs was the focus of much of the storyline and her experiences as a woman in a male dominated workplace was enlightening.  Kat in particular was a fascinating character to read about as her feelings conflicted with her professional ethics and her complicated relationship with her sister came to the fore.

I have to mention the setting in this book. Sarah Ward has made her fictional town on Bampton in Derbyshire so atmospheric especially with the references to the cold and the swirling fog. The abandoned morgue also added to the chilling feel. Author Barbara Copperthwaite has a great piece with Sarah looking at the places which inspired the setting which you can read here. And I now know why the Cat and Fiddle road, so often mentioned on radio traffic reports, has that name!

A Deadly Thaw is a compelling, atmospheric read and an excellent follow-up to In Bitter Chill. I think the dynamic of the three detectives works really well and hope to read more about them in future books.

My thanks to the author and the publishers for my copy of the book. A Deadly Thaw was published by Faber & Faber in paperback on 2nd February and you can order a copy online here: A Deadly Thaw

Autumn 2004
In Bampton, Derbyshire, Lena Fisher is arrested for suffocating her husband, Andrew.

Spring 2016
A year after Lena’s release from prison, Andrew is found dead in a disused mortuary.

Who was the man Lena killed twelve years ago, and who committed the second murder? When Lena disappears, her sister, Kat, sets out to follow a trail of clues delivered by a mysterious teenage boy. Kat must uncover the truth – before there’s another death . . . 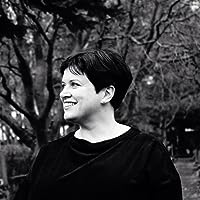 Sarah Ward is the author of In Bitter Chill, which was published in 2015 to critical acclaim. On her blog, Crimepieces (www.crimepieces.com), she reviews the best of current crime fiction published around the world, and she has also reviewed for Euro Crime and CrimeSquad. She is a judge for the Petrona Award for Scandinavian translated crime novels. She lives in Derbyshire.