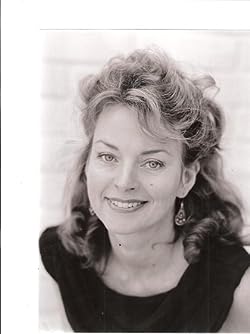 I’m pleased to welcome Alison Brodie to the blog today. Alison Brodie is a Scot with French Huguenot ancestors on her mother’s side. She has lived all over the world, including Kansas City, Athens and Basque country. Her latest novel, Brake Failure, which was published in January has been receiving rave reviews from bloggers I follow. Buying links and details of how to find out more about Alison are at the end of the post. 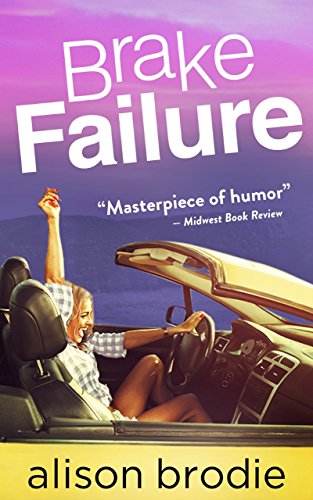 Brake Failure – a romcom with a difference!

Brake Failure is about an English girl, Ruby, who has been strictly brought up to be polite and ladylike – and to bottle up her feelings. Then she arrives in Kansas and collides with Sheriff Hank Gephart, who brings out the rebel in her. Pushed to her limit, she bursts from her emotional straightjacket and commits minor acts of criminal insanity.

I loved writing this story. It was wonderful to be in Ruby’s skin and just be reckless, rude and raving.  I also love Hank. He is controlling (he is a cop, after all) and very macho, but he has a caring side to him.

When I write a book, I allow my characters to tell the story. With this book, I just didn’t know how – or if – Hank and Ruby could ever get together. It seemed so impossible. I also loved Rowdy, the ugly dog; and Idabel, a Survivalist who teaches Ruby how to shoot a gun ready for Y2K “meltdown”.

I lived in Kansas during the time of the Millennium Bug fears and got quite worried about what would happen when the bell struck midnight of the New Year. TV channels were either saying: “Just prepare as if for a 6-day blizzard.” Other channels were saying “Run for the hills!” I didn’t know what to think, especially as the American government was spending $150 billion preparing for the “bug”. Yikes!

This was an easy story to write because I didn’t need to research. I lived there, went to all the dives, danced with cowboys, met bull-riders, sheriffs, neighbours, Survivalists and shopped at Hy-Vee. The book reads more like a memoir! And the big event that happened right at the end? It really did happen. I have the Kansas City Star newspaper from 2 January, 2000 to prove it!

Some readers may enjoy historical references: I mention Fanny Mae and Freddy Mac (institutes like these gave money to poor people, which would eventually lead to the global economic crash).

The first Harry Potter book had just come out and was being burned by extreme Evangelists (can you remember a time before the Year HP?)

Princess Diana had died two years before and the American people were still stunned, still asking the question:  Was really happened?

The Hadron Collider was just being built. Now it’s up and running and has found the Higgs boson.

So this book is a romcom, a memoir, a slice of history, plus a social document detailing the growing differences between America and Britain.

BTW:  the English had never heard of a garbage disposal machine (they’re great to play with).  The Americans didn’t know that the English burn a dummy of a man on top of a bonfire every 5 November.

Is it too late to tell him you love him when you are looking down the barrel of his gun?”

An English debutante transforms from Miss-Perfectly-Correct to criminally insane as she breaks the bonds of her rigid upbringing. Sheriff Hank Gephart tries to reel her in – but she’s out of control and she’s not hitting the brakes.

What happened to the genteel lady in twin-set and pearls? And why did she shoot Mr Right?

Brake Failure is set in 1999 in the months leading up to Y2K “meltdown” when the US government was spending $150 billion preparing for Armageddon As Lionel Shriver says in her novel, We Have To Talk About Kevin: “1999, a year widely mooted beforehand as the end of the world.”

7 thoughts on “A RomCom with a Difference! #GuestPost by author of Brake Failure Ailson Brodie @alisonbrodie2”