I’m pleased to welcome Matt Wesolowski, author of Six Stories. It’s another I haven’t quite got around to yet but it’s on my to be read list! He has written a fantastic guest post about the burning desire to write and how, as a teacher, he has seen this even in the most challenging of pupils.

When someone wants to write fiction, you can feel it; the desire to tell stories emanates from them like heat. I recognise that same fire within myself, burning bright and long when inspiration strikes.

Now I’m in my mid 30s, I am in control of that fire; it has a brass grate, a poker hanging from a wrought iron hook, a neat stack of logs. When I was a teenager, I was most certainly not; I cared about little but fiction, sat at the back of lessons, ignoring the teacher, vomiting stories all over lined A4 paper. Think a sort of literary Regan from the Exorcist – Pazuzu was my muse and that burning desire to write never wavered.

In my 20s, I trained as an English teacher in Lancaster (and ended up teaching Food technology – long story!) and worked for a while in mainstream education before becoming somewhat disillusioned (this was the peak of Michael Gove’s tenure as ‘Education secretary’ after all!).

What I found during my teaching was that I preferred working with the naughty kids. I would accrue pupils who were regularly kicked out of their lessons and do a little bit of rudimentary mentoring with them. I enjoyed this so much that after leaving my first mainstream job, I decided to move back to my home town of Newcastle-Upon-Tyne and start working in the PRU system. A PRU, for those who don’t know, is a Pupil Referral Unit – a local authority maintained ‘alternative provision’ unit for pupils who, for whatever reason cannot attend regular school. Most of these reasons, in my experience, are emotional and behavioural. The PRUs I worked in were 99% attended by pupils who had been permanently excluded from mainstream schools for their behaviour.

I loved working in the PRUs. It was hard, don’t get me wrong, but the occasional perception of PRUs having  a zoo-like atmosphere with chairs flying, were far from what I experienced. Of course, challenging pupils in alternative provision displayed challenging behaviour but for the vast majority of them, if you treated them with respect, you got it back. In my time in the PRUs, I was never sworn at, never had anything thrown at me and was never threatened. I’m not self aggrandising here, this was no ‘Freedom Writers’. Plenty of pupils refused to work, refused to attend, ignored me or did the opposite of what I asked them.

There was a year 11 girl in one of the PRUs I worked in (let me qualify here, tough girls are tougher than tough boys, at least the Geordie ones are!) who I’m going to call Alice [not her real name] and Alice was every mainstream teacher’s nightmare, possessed with a bad attitude and high intelligence (I’d taught a great number of Alices in mainstream education). She, in fact, reminded me of me when I was her age. Alice told me she only liked English and that I ‘had better’ get her through her coursework!

Alice worked hard at her ‘Frankenstein’ coursework and when she told me she wrote stories, I said I’d enter her into a regional competition open to all mainstream schools and PRUs in the local authority. This competition was open to staff and pupils alike.

Alice rose to the occasion, stayed behind after school hours and worked until her story was the best it could be. She threw everything into the story, I entered it and we crossed our fingers.

She only went and won first prize.

That fire Alice had inside her, that desire to write burned brighter than all the other entries. She had a vociferous appetite to write and I remember how fiction was such an escape for me, at Alice’s age. This, combined with her natural talent, is what had won first prize.

I will never forget the wonderful moment, sat at the awards ceremony with Alice and her parents and watched this child whose behaviour had put her in an awkward position, realise that she had a strength and a talent.

I don’t know what became of Alice, I do know she passed her English GCSE though and whatever path she takes in life, I hope writing will always be a part of it. She deserves it.

It doesn’t matter where life takes you and what your circumstance is; fiction doesn’t discriminate and that if you feel that fire burning, you should indulge it.

About Six Stories: from the back of the book

1997. Scarclaw Fell. The body of teenager Tom Jeffries is found at an outward bound centre. Verdict? Misadventure. But not everyone is convinced. And the truth of what happened in the beautiful but eerie fell is locked in the memories of the tight-knit group of friends who took that fateful trip, and the flimsy testimony of those living nearby.

2017. Enter elusive investigative journalist Scott King, whose podcast examinations of complicated cases have rivalled the success of Serial, with his concealed identity making him a cult internet figure.

In a series of six interviews, King attempts to work out how the dynamics of a group of idle teenagers conspired with the sinister legends surrounding the fell to result in Jeffries’ mysterious death. And who’s to blame… As every interview unveils a new revelation, you’ll be forced to work out for yourself how Tom Jeffries died, and who is telling the truth. A chilling, unpredictable and startling thriller, Six Stories is also a classic murder mystery with a modern twist, and a devastating ending.

About the author (source Amazon) 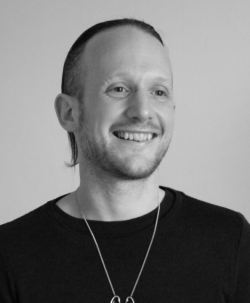 Matt Wesolowski is an author from Newcastle-Upon-Tyne in the UK. He is an English tutor for children in care and leads Cuckoo Young Writers creative writing workshops for young people in association with New Writing North.

Wesolowski started his writing career in horror and his short horror fiction has been published in numerous magazines and US anthologies.

Wesolowski was a winner of the Pitch Perfect competition at ‘Bloody Scotland’; Crime Writing Festival 2015 and his short crime story ‘Tulpa’ was subsequently published in the Northern Crime One’ anthology (Moth Publishing 2015). His debut crime novel ‘Six Stories’ will be available through Orenda Books in the spring of 2017

One thought on “Creative Fire: a guest post from Matt Wesolowski @concretekraken @orendabooks”