Sunday was the third and final day for CoastWord and Kelly (from LoveBooksGroup) and I headed back to Dunbar for the first of the afternoon sessions. (There had been a morning session but we couldn’t make that.) The title was The Places Between Them and featured the Dunbar Writing Mums, pictured above, DunbarSings Community Choir and Catherine Simpson, writer in residence.

I have to say that this was my favourite session out of everything I’d seen this weekend. The Dunbar Mums started the session reading work from their anthology Nourish Me, Sister. Each woman stepped forward to share their work which was interspersed with evocative unaccompanied singing from Karen Dietz. Some of the poems and stories made me laugh, some made me think and at least one moved me to tears (Deborah Ritchie’s Reattachment). These were all deeply personal stories and poems of now and then, often with a strong family theme. I was so impressed that I bought a copy of their anthology and am looking forward to reading all the work the women had to share.

Next was Catherine Simpson who was also launching her work, a pamphlet containing words inspired by her time as writer in residence. I am rather jealous that she was allowed access to the town archives. That’s the kind of thing I would love to have a good look at. Much of her work was inspired by the absence of women in the archives or with just a fleeting mention such as the scribbled ‘Mrs Carlyle had many lovers’, also the title of the pamphlet. I also bought this and have enjoyed reading the often thought-provoking, sometimes nostalgic work within its pages.

This session was rounded off by the wonderful DunbarSings Community Choir. The choir comprised around 24 men and women who sang in at least four parts, treating us to Happy Together, Lonesome Road and This Land. They produced such a rich sound, with wonderful harmonies all led by Karen Dietz who, as I mentioned yesterday, will be songwriter in residence for CoastWord over this coming year.

The next session was called True Stories and Confessions reflecting the titles of the debut novels from Catherine Simpson and Shelley Day. The two ladies had a good chat about how they had come to writing fiction later in life and how their books had begun – both arose from exercises at creative writing courses. Both authors have based their works firmly in places and times they were very familiar with. They started with what they knew then took it from there. Shelley said that quite often she would write something and wonder ‘where did that come from?’. She feels that her head is full of thoughts just dying to get out! Being a novelist came as a surprise and she still finds it a bit terrifying and difficult. Both women said that getting your novel published is only the start – then comes the publicity and the selling yourself, the fear that people will read your work and hate it, the fear that no-one will read it! I can tell you that I have read and enjoyed both their books and highly recommend them. You can read my reviews by clicking here: Truestory by Catherine Simpson and The Confession of Stella Moon by Shelley Day

Although there was again a CoastWord Nights on Sunday unfortunately, after a busy weekend, we couldn’t stay for that so our final event was listening to the wonderful Val McDermid chatting with Lorna Hill, whose PhD thesis looks at the role of women in contemporary crime fiction. If you haven’t heard Val McDermid speak at an event before, you really must try to go to one. She is terrifically entertaining as she speaks about her work and peppers her talks with very funny anecdotes. I find it very amusing that this writer renowned for her rather dark crime fiction was inspired to write when reading The Chalet School books as a young girl. She spoke about the various series she has written and how she hadn’t really intended to write series but that she kept having ideas for her characters. Just the previous evening she had finished her latest novel, the 10th Tony Hill and Carol Jordan novel, which is due out in August and will be called Insidious Intent. Before it comes out she will be taking part in many festivals over summer, is making some documentaries for Radio 4, is writing a play for Oran Mor then will get down to writing next year’s novel. She’s clearly a very busy lady and I could understand when she said that while having ideas for novels wasn’t a problem, finding time to develop them into books was a problem!

I thoroughly enjoyed my weekend at CoastWord and would like to express my thanks again to Hannah Lavery and Catherine Simpson for asking Kelly and I to come along and blog about the events. If there is one thing I have taken from the festival, it is the strong sense of community in Dunbar. It’s a community based festival which really shows the power of words and music to connect people from all walks of life. 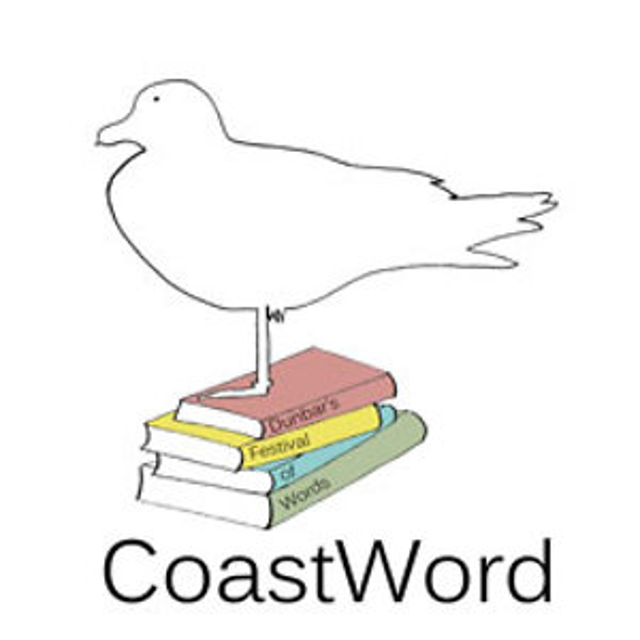