Well, it wasn’t exactly a glorious sunny day on Wednesday. The soundtrack to the first couple of events I attended was raindrops drumming on the Baillie Gifford Theatre Tent roof! I think you’ll agree the gardens still look pretty stunning though, even under clouds. I was at four events on Wednesday and hope to give you a flavour of them in this round-up. 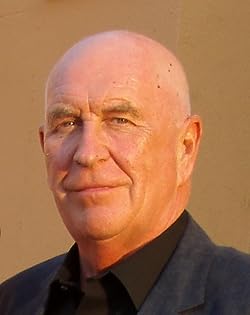 My first event of the day was Quintin Jardine at an event chaired by Brian Meechan. Jardine is the author of the Bob Skinner series amongst others and was talking about the 27th Skinner novel, Game Over, which is due to be published in paperback by Headline next month. The 28th Skinner novel, State Secrets, will follow in October. In fact we got a accidental preview of the 29th Skinner as Jardine read us the beginning of that by mistake! He said a question he is often asked is how the crime writing scene in Scotland has changed over the 20-odd years he has been a crime writer. He likened the crime writing scene of the early 90s to a modest pond and said that now it’s more like a loch with shoals of people swimming in it. He also joked that he didn’t mind at all if people said he was the monster in the loch!

When asked if there was any chance of the Skinner books being adapted for tv or cinema he told how he felt he’d had a lucky escape a few years back. Skinner had been optioned but when the script came it bore no resemblance to the books. Names had been changed, different characters were introduced and Skinner had been changed from a policeman to a lawyer! He said this should be a cautionary tale for authors – if you want to see your work on screen, give up writing novels and become a screenwriter.

My next event was again in a packed Baillie Gifford Theatre and I was really looking forward to hearing Scots Makar Jackie Kay. She didn’t disappoint. Her first collection of poems as Makar, Bantam, will be published by Picador in October. She read several poems from this collection, beginning with the beautiful love poem in Scots The Lang Promise.  Another I found particularly moving was My Grandmother’s Hair where Kay reflects on what seems like the very full life lived by her late grandmother with reference to her many hairstyles. There was a ripple of laughter and recognition when she read the poem Perfume. I think many of us ladies in the audience remember trying – and failing – to create a beautiful scent from rose petals and water when we were children!

The audience had a very special treat on Wednesday as Jackie Kay premiered her poem specially commissioned to commemorate the centenary of WW1 war poets Wilfrid Owen and Siegfried Sassoon meeting at Craiglockhart Hospital in Edinburgh. The exact date is subject to debate though is thought to be about now. There were actually five interlinking poems: Craiglockhart, Sassoon, Outlook Tower, Letter Home and Return. One of the audience who was visually impaired, said that all Jackie Kay’s work should be recorded not just for those with sight problems to enjoy but because she reads with passion and with such a distinctive voice.

There was a lot of laughter throughout this session but I must admit to having a lump in my throat when Kay finished the event by reading the poignant poem Darling. You can read it here but it is so much more powerful hearing it read by the poet.

I was in Moscow on holiday with friends earlier this year so was keen to hear former BBC correspondent in Moscow, Angus Roxburgh. His book, Moscow Calling, gives his perspective on Russia from over 30 years experience working there. It was expertly chaired by Alan Little, himself a former Moscow correspondent for the BBC.  Roxburgh began by reading from the introduction of the book explaining how he was first attracted to Russia as a teenager by listening to Russian radio stations in his bedroom. He has certainly had a interesting career from working as a translator for a Russian publisher, to his work for the BBC and he also wrote for the Guardian. The Russia he spoke of with warmth and affection is not the dour image we often see on tv but is of a place where the people are resilient and show concern for each other. He told many amusing anecdotes of his time in Russia such as hailing a snowplough for a taxi! The book sounds like it will be an fascinating and entertaining read for anyone interested in how life has changed in Russia over the past forty-odd years.

My last event for the day was in the beautiful Speigeltent where Laura Barnett’s event was being chaired by another perfect choice, Karine Polwart. The latter is a songwriter and folk-singer and Laura Barnett’s book, Greatest Hits, is about a fictional folk-singer called Cass Wheeler. I read and enjoyed the book earlier this year and you can read my review here. What was particularly enjoyable about this event is that the audience got to hear the songs which make up the framework of the book. Barnett explained that each section of the book looked at a different part of Cass Wheeler’s life and that each song was meant to have been written by her about those times. She has collaborated with musician Kathryn Williams to create a soundtrack to accompany the book, as away of expanding the reading experience. We listened to the songs Don’t Step on the Cracks and When Morning Comes. Kathryn Williams’ music was just as I had imagined it when reading the book and she has such a beautiful singing voice. Laura Barnett explained that one of the themes she was exploring in the book was the conflict that women, especially creative women face: getting the balance between fulfilling their potential against the expectations of their roles as daughter/mother/wife. The book, along with the album, is a celebration of female creativity. I really enjoyed listening to these two creative women talk about the book and music with such enthusiasm. If you fancy listening to the soundtrack, you can order a copy online here.