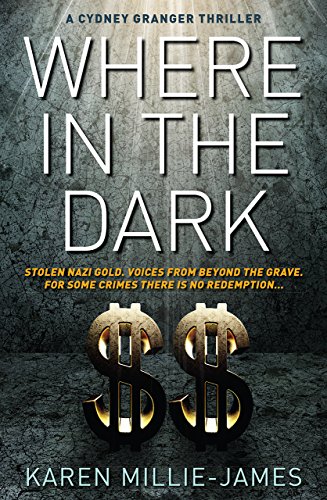 Thanks to the publishers, you have the chance to win a paperback copy of Where In The Dark by Karen Millie-James today. The book was published yesterday by King of the Road Publishing. The book was inspired by the author’s own family history as her grandparents were killed in Nazi concentration camps and her father escaped Germany on the first Kindertransport. The giveaway is open for UK residents only and you can enter up until midnight on Thursday 7th September. I will contact the winner within 24 hours and your prize will be sent from MidasPR. Click to enter the giveaway and find out more about this exciting book below.

Two envelopes. Two holocaust survivors. Two anonymous bearer bonds each worth one million pounds. Corporate forensic investigator, Cydney Granger, with help from beyond the grave, enters a world previously unknown to her to unravel the truth behind a web of secrets, lies, corruption, blackmail and hidden Nazi loot as new horrors of the Third Reich come to light.

Still struggling to come to terms with the apparent death of her husband, Captain Steve Granger, five years’ earlier, Cydney puts her personal feelings to one side and is determined to bring to justice an escaped Nazi criminal, Adolf Weissmuller, living under the assumed name of Albert Whiteman, whose son is about to run for the US presidency. Can Albert ever make amends for his crimes against humanity, or are some actions beyond forgiveness …?

Will Cydney, along with her trusted and tough protector, former sergeant, Sean O’Connell, also uncover the truth surrounding her husband?

The consequences of Cydney’s investigations, stretching back before WWII, are far reaching with the potential to bring down a banking dynasty as she faces insurmountable odds from which there is only one final solution.

The dramatic follow-up to The Shadows Behind Her Smile, a compelling debut which takes the reader from the heart of Cydney’s corporate world to the ruins of war-torn Damascus and where men will stop at nothing to achieve their goals. 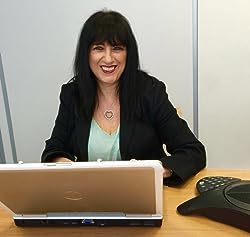 Karen Millie-James was born in North London to a father who had escaped Germany with the kindertransport in 1939 and a mother who was a talented window dresser and designer in London’s West End. Inspired to do well, Karen studied business and languages at the University of Westminster.

Karen never intended to write a book but what started as a hobby in her spare time away from the office, working in the evenings until late into the night and at weekends, became a new and exciting part of her life. Writing her first book, The Shadows Behind Her Smile, became her passion and was made easier due to her background in business, literature and linguistics and having a vivid imagination.

Karen now lives in the Buckinghamshire countryside with her husband and their dogs. She works full-time in her own business but the remainder is spent writing, playing tennis, going to the theatre and travelling, and having quality time with her daughter who is a professional performer.