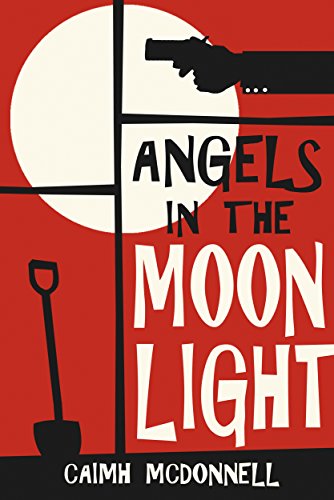 If, like me, you read and enjoyed the black humour and brilliant crime stories in Caimh McDonnell’s previous novels A Man With One of Those Faces and The Day That Never Comes, you will be delighted to meet Bunny McGarry again in this standalone prequel to those books. If you haven’t, this is a good place to start and today I am offering you the opportunity to win a copy of the book.

This giveaway is open internationally. If you live in the UK you choose between an e-copy or a paperback copy of the book. Outside the UK, your prize will be an e-book. You can enter up until midnight on Wednesday 13th September UK time and I will contact the winner within 24 hours. Click the link below to enter the prize draw.

For Detective Bunny McGarry, life is complicated, and it is about to get more so.

It’s 1999 and his hard won reputation amongst Dublin’s criminal fraternity, for being a massive pain in the backside, is unfortunately shared by his bosses. His partner has a career-threatening gambling problem and, oh yeah, Bunny’s finally been given a crack at the big time. He’s set the task of bringing down the most skilled and ruthless armed robbery gang in Irish history. So the last thing he needs in his life is yet another complication.

Her name is Simone. She is smart, funny, talented and, well, complicated. When her shocking past turns up to threaten her and Bunny’s chance at a future, things get very complicated indeed. If the choice is upholding the law or protecting those he loves, which way will the big fella turn?

Angels in the Moonlight is a standalone prequel to Caimh McDonnell’s critically acclaimed Dublin Trilogy which melds fast-paced action with a distinctly Irish acerbic wit, and it is complicated.

Caimh McDonnell is an award-winning stand-up comedian, author and writer of televisual treats. Born in Limerick and raised in Dublin, he has taken the hop across the water and now calls Manchester his home.

He is a man who wears many hats. As well as being an author, he is an award-winning writer for TV, a stand-up comedian and ‘the voice’ of London Irish rugby club. His debut novel, A Man with One of Those Faces was released in 2016 and it is the first book of the Dublin Trilogy series. The follow-up, The Day That Never Come was published in 2017. Both books are fast-paced crime thrillers set in Caimh’s home town of Dublin and they are laced with distinctly Irish acerbic wit.

Caimh’s TV writing credits include The Sarah Millican Television Programme, A League of Their Own, Mock the Week and Have I Got News for You. He also works as a children’s TV writer and was BAFTA nominated for the animated series ‘Pet Squad’ which he created.

During his time on the British stand-up circuit, Caimh has firmly established himself as the white-haired Irishman whose name nobody can pronounce. He has brought the funny worldwide, doing stand-up tours of the Far East, the Middle East and Near East (Norwich).