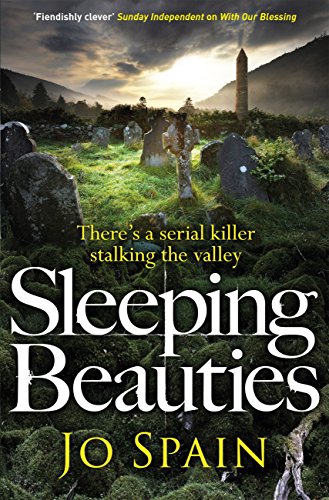 Sleeping Beauties is the third in a series to feature DI Tom Reynolds and I thought it was just brilliant. I have read the other two books and although I wouldn’t say it’s essential to have read them first, I would recommend it because they are so good. You can read my review of With Our Blessing here and Beneath the Surface here. With Our Blessing made my top reads list last year so this book had a lot to live up to and I’m pleased to say that it didn’t disappoint.

A young woman, Fiona Holland, has gone missing from a small Irish village. A search is mounted, but there are whispers. Fiona had a wild reputation. Was she abducted, or has she run away?

A week later, a gruesome discovery is made in the woods at Ireland’s most scenic beauty spot – the valley of Glendalough. The bodies are all young women who disappeared in recent years. D.I. Tom Reynolds and his team are faced with the toughest case of their careers – a serial killer, who hunts vulnerable women, and holds his victims captive before he ends their lives.

Soon the race is on to find Fiona Holland before it’s too late. . .

Since I had enjoyed the first two books in the series so much and I was reasonably up to date with my September reading commitments, I bumped this up to the top of my reading list. The prologue and opening chapters hooked me right away. In these chapters, we meet one of the missing women, reacquaint ourselves with DI Reynolds, his wife and his retired boss and follow the police team as they deal with the grisly discovery of five bodies in beautiful Glendalough. They set the scene nicely for a book which has some poignant moments in amongst the police procedures as they try to track down the killer and the missing women.

Jo Spain has achieved a perfect balance for me in this book between the actual case, the dynamics between Tom and his team and the victims’ stories. The chapters from the women’s points of view really added to the story for me as they weren’t then just faceless victims but felt like more rounded people.

The book rattles along at a fair pace and it’s the kind of book where just when I had decided it was time to stop reading at the end of the next chapter, I found I couldn’t as I just had to know what happened next. As well as trying (and failing!) to work out who the killer could be and what their motives might be, I was really interested in the way the team worked together – or not, in case of the new boss – to try to solve the crimes. The relationships between them, though not a major part of the book, were developed really well throughout the book, particularly some of the personal relationships. There were some very poignant scenes, sensitively portrayed, between Tom and his ex-boss Sean, whose wife was suffering from dementia.

I found this to be an excellent addition to the Tom Reynolds series and although I know that Jo Spain is working on other projects at the moment, I really do hope we meet him and his team again. Sleeping Beauties is an atmospheric mystery, well-plotted, where the darkness of the crimes contrasts perfectly with the beauty of the Irish landscape. It is full of unexpected twists and turns which will take you by surprise from the beginning of the book to the end.

My thanks to the author who arranged for a proof copy to be sent from the publishers Quercus Books. Sleeping Beauties is available in e-book format in the UK with the paperback to follow in May next year (I think the paperback is already available in Ireland). You can order a copy online here. 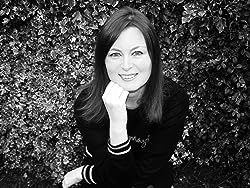 Jo Spain’s first novel, top ten bestseller With our Blessing, was one of seven finalists in the Richard and Judy Search for a Bestseller Competition 2015. It was named as an Irish Times crime fiction book of the year by Declan Burke. A graduate of Trinity College Dublin, Jo lives in Dublin with her husband and their four young children.