I’m pleased to be joined by local author Claire Gray-Simon. I met with Claire recently for a coffee and chat about her books and it was really fascinating to hear the background behind them. You can read more about that below. Claire was also kind enough to give me copies of her book to have a look at and I have to say I was very impressed.

The First Day follows Sebastien and Justine on their first day at school as they manage to get themselves lost. In The Birthday Party, Claire is turning six and her mum has arranged a very special party. What I liked about the books was that rather than having a page in French and the same translated into English, the French flowed more naturally into the story as dialogue, almost as though the children were switching between the two languages, as bilingual children often do. The illustrations are bright and colourful with lots for children to point out and talk about. Children who are bilingual will recognise their experiences in the stories while children who aren’t will find the situations readily identifiable and perhaps be intrigued by this ability to communicate in another language.

Both books are available to buy online. Click the titles to order: The First Day and The Birthday Party.

Thanks for joining me Claire. First of all, would you tell my blog readers a little about yourself?

My name is Claire. I was born in a small town in France called Chaumont, but grew up in Paris. I moved to Edinburgh in 2001 with my future husband. Apart from 3 years (from 2008 to 2011) in Brooklyn, New York, we have been living in the Scottish capital. We have two sons: Ben and Thom. I am a French teacher for adults and children. And now, I am also an author for children. Well, I believe so anyway. Sometimes this whole thing doesn’t feel quite real and other days, on the contrary, it seems very rational, as if being an author was the logic consequence of all my professional and personal experiences.

I’ve been writing on and off for a long time. Many years ago, in another life in France, I started to write poetry at the age of 15, 16 years old. Retrospectively, I guess I shouldn’t call poems these long meaningless successions of words I would create to produce some rhymes!! No one has ever heard of my short-lived adventure in the poetry world, I was far too shy back then to even mention I was writing something. Later, while I was studying French literature at University, I wrote essays and began writing short stories. Unfortunately, most of the time I wouldn’t finish them, and in the end, I didn’t keep any. I was writing only in French at the time obviously and wouldn’t even dream about writing in English one day.

Years later, while we were living in NYC, we would go out and socialise with bilingual (English/French) families. My older son, whose French had begun to flourish, was interacting with his bilingual friends, often switching languages at mid-sentence or sometimes repeating the same phrase in both languages. This process was fascinating to watch and inspired me to create my bilingual characters; a little girl and a little boy. The ideas for the stories came up once I had these specific characters in mind.

Tell me about your journey to publication;

At first, I wrote the stories in French, translating only the words of my main characters in English, especially the dialogues between them to show their bilingualism. I published these stories on a website, did a few drawings, recorded my voice for an audio version and adapted the stories in English with dialogues translated into French.  However, I realised very quickly that I wasn’t reaching the audience I was hoping for and doing everything myself was very time consuming. I left this website aside for a while, being busy with teaching jobs and some occasional translating job. One day, a friend asked me to do a translation of an interview with an important art collector. The interview was written in French and had to be translated in English. It was the first time I was working on such a translation. Normally for someone like me, a French native speaker, I will be asked to translate English texts into French, and not the other way around. At the time, I remember feeling very nervous, I didn’t want to betray the words of both interviewed and interviewer, but in the end, I really enjoyed this job. It triggered a newfound confidence in my English writing skills and made me rewrite my first two stories in English without looking at my initial English translation on the website. I am not sure if that makes sense but in a nutshell, I wrote only in English after that. I submitted my stories to a few agents, was rejected, never too abruptly though, and sometimes with encouraging comments that boosted my confidence. Eventually, I took the decision to work jointly with a publisher in Cardiff, Rowanvale Books to publish the first stories called; ‘The First Day’ and ‘The Birthday Party’. They belong to the series; ‘The Adventures of Justine and Sebastien, the Bilingual Children’

Above all, my books talk about friendship. The young characters bond together in the first story because they share something in common; they are able to speak to each other in two languages. They can communicate either in English or in French. The second language can be used as a secret code between them, Justine and Sebastien are members of a special club. I hope my young readers will feel welcome in this club and have the desire to join in. I wish they could develop an interest in a foreign language through the gentle approach I am offering them.

I wanted to remain simple. ‘The First Day’ because it’s the first day of school, an important event in a child’s life and it is the first time my characters meet, it becomes the first day of their burgeoning friendship. It is also the first book of the series

‘The Birthday Party’: because the story tells exactly that I guess: a birthday party.

It’s in the past, but on the day (it was a Saturday), my husband spontaneously suggested to go for a special family lunch, so we celebrated in a nice pub-restaurant. It was also an opportunity for me to thank my sons for their input.

Yes, more than one actually. I have now completed the third and fourth stories of the same series: ‘The Adventures of Justine and Sebastien, the Bilingual Children’. I still have some proofreading and editing work to do on the third one though. The titles are; ‘At the Museum’ and ‘The Holidays’. Right now, I am writing a new story which will be called; ‘The Countryside’.

I would say the work of Roald Dahl, having recently re-read or read for the first time some of his masterpieces. I love ‘Charlie and the Chocolate Factory’ but I have just discovered ‘Charlie and the Great Glass Elevator’, a little gem I think, and of course ‘Matilda’. More generally, I love reading Children’s Literature, I always learn something, and find it inspiring for my own work. 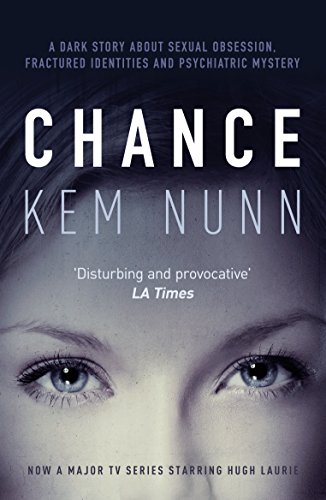 I’ve just started ‘Chance’ by Kem Nunn. It looks promising and exciting; the main character is a neuropsychiatrist and it’s based in San Francisco.

It would be James Joyce ‘Ulysses’, to finally finish it. I’ve never been able to reach the end of this overwhelming book, therefore with lots of time ahead, without any distraction, that could be the perfect occasion!

It has to be Matilda because she is just extraordinary, isn’t she?!