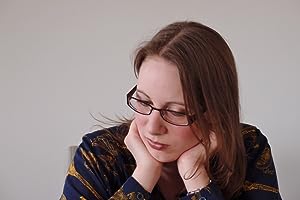 I’m pleased to be joined by author Louise Chapman today. Louise’s latest novel, The Stories She Tells, was published in October last year and features a character called Rae. In this fascinating guest post, she explains to me how she created Rae and gives an insight into her character. You can order a copy of the book online here and will find info about it at the bottom of the post.

How I created the main character in “The Stories She Tells”

Main character’s name: Rae Carrington. Although during the story you discover Rae has changed her name multiple times…

Job: Full time mum. Relationship status: married. Kids: I don’t want to give any spoilers, but she has at least one child…

Where did the idea for Rae come from?

Rae was originally supposed to be a minor character in a completely different story, as the ex-girlfriend of the main character who was being blackmailed, and she was one of the people he suspected. I always had a clear idea what she looked like – with striking clothes and always with colourful lipstick. She’s a complicated person who is basically trying to hide who she really is behind new identities. One of the characters in the book describes her as having a kind of veneer, that she doesn’t quite seem real. Getting to know her as a character was all about unravelling why she tries to hide the real her and the ways in which the truth about her past tries to escape in things she says and does.

Did you end up changing your book as you developed Rae as a character?

The book was written entirely to accommodate Rae. She took over my original story to such an extent that I completely changed the plot to write about her instead, including chapters from her point of view.

What did you enjoy most as you wrote about Rae?

How she says some quite funny things sometimes. It was fun for me to write her dialogue – she can be blunt, or flippant, or a bit insulting sometimes too, but I find her quite entertaining when she is like that!

Is Rae similar to somebody you know in real life?

I certainly don’t know anyone with a personality like hers! But it was funny because around the time I was creating her one of the contestants on The Great British Bake-off looked exactly like her. Even my husband thought so from the descriptions I’d given him. It was kind of surreal, sometimes while we were watching we called her Rae by accident!

Where is your character’s favourite place?

Her art studio at the bottom of the garden. She feels peaceful and most herself there when she paints the view across fields and watches how the changing seasons affect the landscape.

How would your character describe themselves?

I think Rae would say that she is stylish and sophisticated, sexy and confident. Those sorts of things are very important to her – she bases a lot of her self-esteem on whether men find her attractive, and her appearance is something carefully thought out and designed to help her fill whatever identity she is currently trying to portray. I guess her clothes are almost like a disguise.

How would people close to your character describe them?

The people Rae has most contact with are her husband and her housekeeper. I think they would both describe her as volatile, impulsive, a little childlike, and insecure. They would also probably point out her lack of life skills, and that she seems to need quite a lot of looking after.

Is Rae going to appear in any future books?

I can’t see her appearing in any other books really. I think once her mysteries are unravelled I’ve probably gone as far as I can with her as a character, but you never know!

Do you think you would get on well with Rae in real life?

Probably not… The main thing about her is that she’s hard to get close to and to know on any deep level, so it’s hard to see how a friendship could survive based on that! 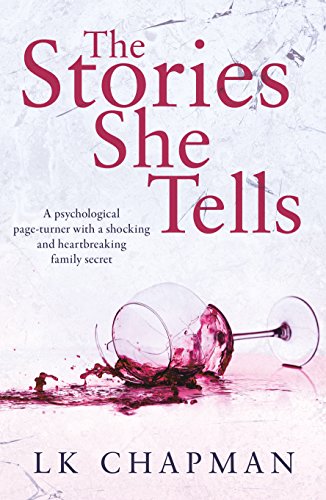 When Michael decides to track down ex-girlfriend Rae who disappeared ten years ago while pregnant with his baby, he knows it could change his life forever. His search for her takes unexpected turns as he unearths multiple changes of identity and a childhood she tried to pretend never happened, but nothing could prepare him for what awaits when he finally finds her.

Appearing to be happily married with a brand new baby daughter, Rae is cagey about what happened to Michael’s child and starts to say alarming things- that her husband is trying to force her to give up her new baby for adoption, that he’s attempting to undermine the bond between her and her child, and deliberately making her doubt her own sanity.

As Michael is drawn in deeper to her disturbing claims he begins to doubt the truth of what she is saying. But is she really making it all up, or is there a shocking and heartbreaking secret at the root of the stories she tells?

Louise Chapman loves to write because she loves learning about people and she loves stories. A major turning point in her life was the day she realised that no matter how strange, cruel or unfathomable the actions of other people can sometimes be, there is always a reason for it, some sequence of events to be unravelled. Since then she is always asking “why” and “what if” and she is fascinated by real life stories capturing the strength, peculiarities or extremes of human nature.

LK Chapman’s first novel, Networked, was a sci-fi thriller but now she’s turned her attention to writing psychological suspense. Her first psychological thriller, Anything for Him, was published in 2016, and her new novel The Stories She Tells was released in October 2017.

LK Chapman lives in Hampshire with her husband and young family. She enjoys walks in the woods, video games, and spending time with family and friends.

You can receive a free copy of LK Chapman’s short story Worth Pursuing, as well as news about new releases, by signing up to the LK Chapman reading group: http://www.lkchapman.com/free-book-offer

You can find out more about LK Chapman by visiting her website: http://www.lkchapman.com

2 thoughts on “Creating my character #guestpost from @LK_Chapman”