A couple of months ago, myself and Kelly from Love Books Group went to a fascinating talk and walking tour round old Edinburgh led by Heather Richardson. Heather was taking us round places relevant to her book, Doubting Thomas, and also introduced us to the wonderful Vagabond Voices’ In The Freethinker’s Footsteps online resource. You can read about the project here. I’m delighted that Heather has agreed to be one of the first authors in my spotlight for 2018. Read on to find out more about her and her book.

Thanks for joining me Heather. First of all, would you tell my blog readers a little about yourself?

I grew up in Northern Ireland and couldn’t wait to get away. University was a great excuse to escape – I studied English Literature at the University of Leicester. After that I worked as a bus driver, a medical rep, and finally in the Marketing Department of a private hospital in Harley Street. I married an Englishman, and we were lured back to Belfast by a job offer and the appeal of lower house prices. I worked in Sales and Marketing for a few years, but was happy to pack it in when my children were small. I knew I didn’t want to go back to that kind of work, so I managed to talk my way into some part-time Creative Writing teaching at a local college. That went well, and I ended up working for the Open University. When I was in my early 40s I did a distance learning MA in Creative Writing at Lancaster, and then a PhD with the OU. I’m a believer in life-long learning, as you can tell! Outside of writerly pursuits I enjoy crochet and textile art. Part of me wishes I’d gone to art school – there’s definitely a visual artist inside me trying to get out.

I’ve always been a reader – my late mum claimed I could read before I could walk – but it never occurred to me that books were written by someone. I thought they just existed. Then, when I was at school, our English teacher introduced us to the work of Seamus Heaney, and I realised that real people from the here and now of my world could write books. I didn’t write anything myself until after university. I had a bizarre dream one night, and used it as the starting point for a dystopian novel involving an enigmatic scarred anti-hero. Of course, the novel didn’t get beyond the first chapter. Over the next ten or so years I tinkered about with writing. I went to a few writing classes, and was lucky enough to be taught by Lionel Shriver before she hit the big-time. She was a brutally frank critic, and didn’t hold back in telling me that most of my work was banal and predictable. However, there were one or two pieces where I’d pushed myself a bit – written stories that challenged me and scared me a bit – and she felt there was something there worth working on. That was an important lesson for me – not to write what I thought people wanted to read, but to use writing to explore ideas that upset my equilibrium in some way.

I had my first short story published in 1993 as a result of winning a competition. Then I had about five years of rejection before another competition win. I started getting the odd story published in magazines and anthologies, and also wrote a couple of novels – one of which was pretty bad, the other a bit less so – and quite reasonably nobody wanted to publish them. Then I started work on Magdeburg, an historical novel set in Germany during the Thirty Years War. It was published by a tiny Northern Irish publisher in 2010. Funnily enough, it also featured an enigmatic scarred anti-hero. Because Doubting Thomas is set in Edinburgh I thought it would be best suited to a Scottish publisher, so that was who I targeted when I started sending it out. I was delighted when Vagabond Voices took it on, as I thought the subject fitted well with their whole ethos.

The tagline is ‘sex, drugs and blasphemy in 17th century Edinburgh’, but at heart it’s the story of an imperfect marriage, and how it is destabilised by a young man called Thomas Aikenhead. Aikenhead is a real historical figure, and was the last person to be executed for blasphemy in Britain. The novel blends fact and fiction, and explores how individuals manage to hang on to some sort of personal moral freedom in a dangerously oppressive society.

[You can copy a copy online here: Doubting Thomas]

With great difficulty! At first it was going to be Death of a Freethinker, then – when I realised all of the main characters were wrestling with religious doubt – Freethinkers. A wise man told me that sounded like an academic text book, so I spent a few months racking my brains for something else. I don’t know why I didn’t think of Doubting Thomas in the first place, as it works on two levels. Not only is Thomas Aikenhead the archetypal doubter, but none of the people around him can quite get the measure of him.

I spent publication day in Edinburgh for the launch, which was lovely. Afterwards I went back to my hotel room, ate a Sainsbury’s sandwich and watched The Apprentice. I did treat myself to a tin of ready-mixed gin & tonic. All very glamorous!

I’ve completed the first draft of a historical crime drama– think Call the Midwife meets Silent Witness in Restoration London. It’s kind of on the backburner, because at the moment I’m absorbed in something completely different – a text and textile creative nonfiction project where I’m embroidering the words on to a replica vintage dress. I’m charting my progress on Instagram @a_dress_for_kathleen So much of a writer’s life is about tapping away on a keyboard, and I’m really enjoying working on a physical artefact. It really makes me think about words when I write them stitch by stitch.

I enjoyed Miranda Doyle’s memoir A Book of Untruths. She constructed her family’s story around all the lies she was told growing up – very clever! I tend to take a long time catching up with books that were published ages ago, so I’ve only just read Human Croquet by Kate Atkinson. She’s such a humane writer. The real star read in the last year or so is Liz Jensen’s The Rapture. It has two of the ingredients that work for me – intense psychodrama and the supernatural. The pages were turning in double-quick time!

(Dec 17) I’ve just finished Falling Creatures by Katherine Stansfield – a wonderfully gothic murder mystery set in 19th century Cornwall, and have started Whistler on Art. It’s a selection of letters and articles by the artist James McNeill Whistler. A lot of his reflections on visual art can apply just as well to writing. I’m also reading a poetry collection, The Work of a Winter by the Irish poet Maureen Boyle.

That would have to be the poetry anthology Staying Alive. It’s a wonderful, wonderful book, and helped me fall in back in love with poetry. I was crazy about poetry as a teenager, then lost faith a bit as so much of the new stuff I was reading seemed to be a bit too clever-clever or kind of pointless. In Staying Alive the editor Neil Astley has brought together a huge number of very fine poems that actually evoke an emotional response. I think they’d keep me going on my desert island. 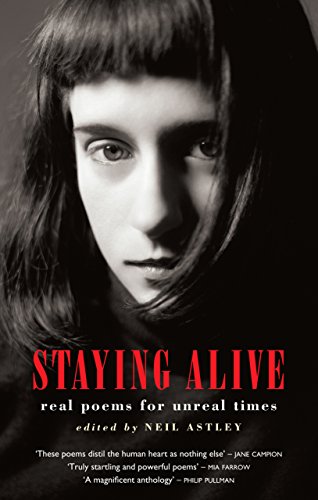 The Longest Fight by Emily Bullock would be a great film. It’s got all the ingredients – post-war London, boxing, corruption, murder and family secrets… what more could you want? I’m not sure who to cast. Let’s give some unknowns a chance! 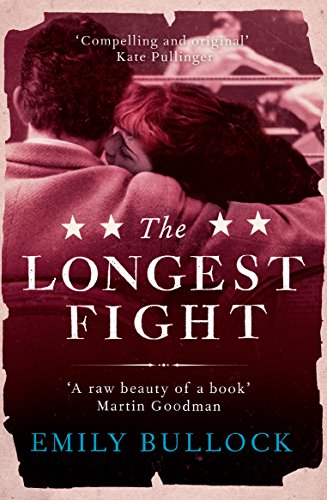 Philip Marlowe from Raymond Chandler’s novels. Or Michael Corleone from The Godfather. I’d like to be a smart, ruthless man with a gun. And a fine selection of well-cut suits.

One thought on “Heather Richardson – Author in the Spotlight @heatherr911 @vagabondvoices”