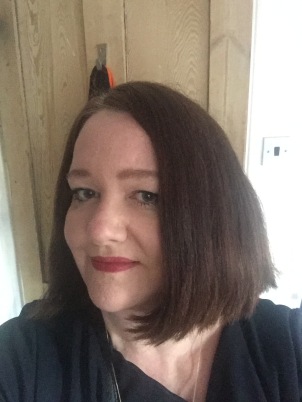 I’m pleased to be joined today by author Erinna Mettler. Her collection of short stories, Fifteen Minutes, is available now from Unbound and you can order a copy from Unbound here  or from Amazon here

Welcome Erinna – first of all, would you tell my blog readers a little about yourself?

My name is Erinna Mettler and I’m a short fiction writer from Brighton. I co-direct a spoken word group called Rattle Tales and a short story prize, The Brighton Prize, which is open to short stories and flash fiction. My first love is short fiction, my first novel, Starlings, was a set of interlinked short stories.

I didn’t write a word of fiction until I was 39 years old. I’d moved from London to Brighton with my husband, my father had just died and I’d had a second son, I felt like I needed to do something for myself, completely unrelated to being a mother. There was a Sussex University brochure in the doctor’s waiting room and I flicked through it waiting for an appointment. I picked creative writing on a whim, never dreaming it would fit in with childcare but it did and a week later I was in a room full of people I’d never met before reading out a hastily written piece of creative writing. Luckily they liked it and it gave me the confidence to go back. I went on to do the MA.  I write nearly every day now.

My first novel, Starlings (Revenge Ink 2011), was written while I was doing my MA. I wrote it in a flurry over about 9 months. I had small children and wrote around the time I spent with them, late nights, morning naps, weekends. The pram in the hall wasn’t a problem, in fact, it was the spark that spurred me on.  I had a lot of peer support; the people I met on my creative writing courses became great friends and honest readers. Starlings built into a book with their help. When I was ready I sent it out to a handful of agents and publishers accepting unsolicited manuscripts. I also started to get placed in competitions, journals and at events.  The book went quite far up the line with a couple of agents and a well-known publisher but in the end they wanted a traditionally formed novel and it isn’t, it’s one big story made up of lots of little ones. There was an ad in a local magazine for Revenge Ink and I emailed them the book. They wanted it immediately but another publisher had come back to me too. I went to London to meet them but they wanted to change the story to focus on the crime thriller aspects. Revenge Ink understood that it wasn’t a crime novel as such so I chose them. They were small, with next to no marketing budget but they were right behind me every step of the way. Starlings still sells, especially in Brighton where it’s set, I’ll quite often bump into someone who has just read it. 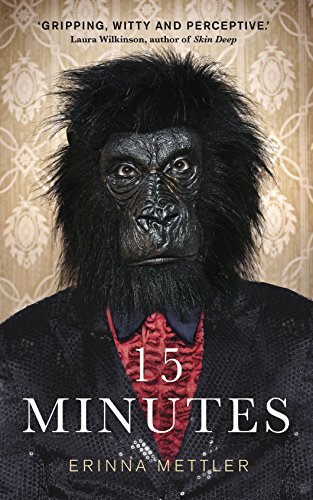 15 Minutes is a short story collection about fame. It’s about our obsession with celebrity but it’s not necessarily about the famous who are often regulated to bit parts in the stories of ordinary people. You get a teenager watching David Bowie on TV in the 1970s, a miner on the day of Margaret Thatcher’s death, a failed Big Brother contestant on the brink of suicide, a tramp in New York when John Lennon dies. There are also those who crave fame and those who don’t want it anymore and there’s a talking ape with some interesting views on gun crime.

The title is taken from an Andy Warhol quote. It was originally, In The Future Everybody Will Be World Famous For Fifteen Minutes, which is the full quote. He said it in 1968! He truly was a visionary. I quite like long titles, some of the individual stories have very long titles. The first editor suggested shortening it and the second editor agreed so I bowed to their advice. Warhol was right, everyone is famous, but it doesn’t mean anything. That’s the vibe I’m going for, fame isn’t really important, humanity runs on all of us not just a privileged handful. We do seem to be obsessed though, Big Brother, I’m A Celebrity, Twitter, Hello Magazine – I get caught up in it too, I have to catch myself and stop following the Twitter feed about Toby Young or Melania Trump, it’s all just froth really.

I was on holiday in Spain when this book came out. Thinking about it I was camping at Latitude Festival when Starlings was released. Maybe I’ll aim to be on holiday on publication day as a thing, like Stephen King having a cigarette. I had cava in a Spanish garden with friends and family and then we had a barbecue and I Tweeted about it. I always think publication day is a bit flat, it’s just another day really, you expect the world to change but it’s the beginning of the hard work not the end.

I have two! One of the stories in 15 Minutes, Ruby of the Desert, is developing into a novel. I couldn’t get the main character out of my mind, it felt like she had a lot more to say. She’s a waitress in Nevada, she works all her life, never sees the ocean, but she knows a lot about the world. She’s vain and silly and unlucky but she’s a lot of fun. The story started out as a tweet, which was published in a book Tales on Tweet, by Harper Collins India. Each story was on a double page illustrated by  the  artist Yuko Shimizu. My story was this –  She worked 9-6 for forty years. She assumed her final tip was a bank note but fishing in her apron pocket found only a lottery ticket. That story became a flash fiction, then the story in 15 Minutes and now it’s something else. 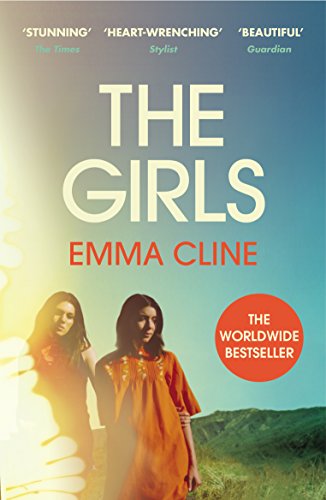 I loved The Girls by Emma Cline. There’s been some controversy over who wrote it, her ex-boyfriend claiming it was him. There’s no way it was written by a man, it perfectly grasps the awkwardness of teenage girls, their vulnerability and susceptibility. I loved the way she plays with memory and I suppose there is a big element of infamy and how the world sees the individual tainted by an act of murder. It made something very human out of the Manson murders, something explainable rather than just everyone involved being born evil. I also loved the way she creates a crossroads moment, a point at which the protagonist’s life could go either way. It reminded me a bit of To Kill A Mockingbird. 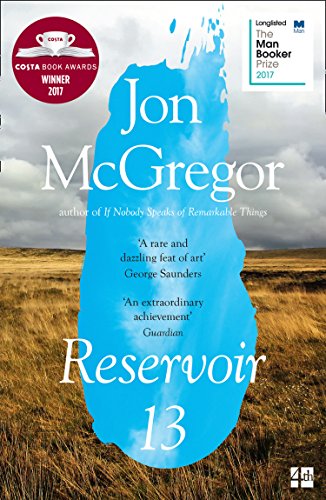 I’ve just read Manhattan Beach by Jennifer Egan. I was a little disappointed. I love her writing and there is much to admire, sometimes it reads like a modern Gatsby, but the plot didn’t live up to its promise, it ended really quickly after a long lead in. I prefer it when Egan writes short interlinked chapters ( I’m very drawn to that style of writing, I think it best represents real life).  Very good technically though, if you want to know how to write well – read her. I’ve just started Reservoir 13 by Jon McGregor. 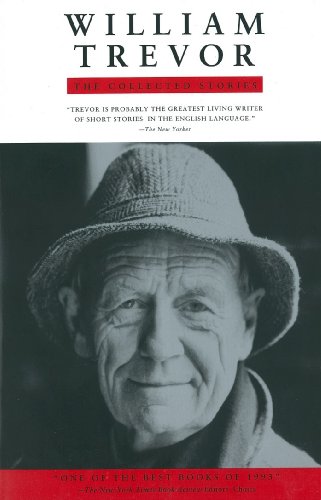 I would take the short stories of William Trevor. It’s about a thousand pages long. I could kill prey with it it’s so heavy and the stories are amazing, I would never tire of reading them. He’s one of the reasons I write like I do. He writes about ordinary moments, about the things we all experience but he writes in such detail it makes you stop and really think about what is happening. 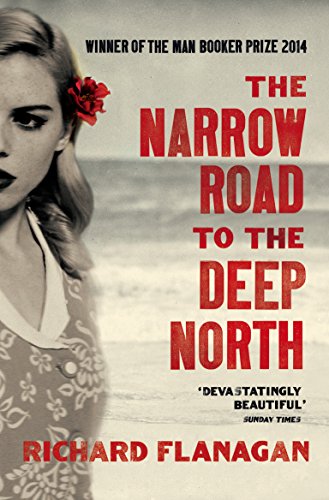 The Girls, obviously. The Narrow Road To The Deep North by Richard Flanagan is another favourite.  That book was amazing, I started it again the second I finished it. I like film. I worked at The British Film Institute for 14 years. Adaptation is often risky though, it’s not always a good idea. TV’s where it’s at now isn’t it? The Handmaid’s Tale improved on an already brilliant original. I’d like someone to do a series of Starlings. There was a TV series on the BBC called Cuffs that only ran for one series, some friends saw similarities between Starlings and that in some of the stories, pure co-incidence from writing about crime in Brighton, but it made me think it would make a good TV  show. I’d like unknowns in it though, new actors with no baggage.

I’m on Twitter too much! @ErinnaMettler also @BrightonPrize and @RattleTales. I co-organise a writers’ conference in Brighton called Write by the Beach, which is a really great day of workshops and talks and agent pitches taking place on March 17th – we’re @bh_writing. I’m on Facebook too but less and less these days. I try to blog regularly at http://www.erinnamettler.com

I’d like to be Nick in The Great Gatsby. I’d like to go to all those parties and watch sneeringly from the sidelines whilst drinking their champagne for free.  It would mean I was a man too, which I’d like to try, but it does mean I wouldn’t get to wear the frocks and I’d like to do that too. Maybe I could be a minor female character in Gatsby who is at all the parties and has the same contempt as Nick. 1920s America. I’m looking forward to the 2020s, it could be wild.

One thought on “#AuthorInTheSpotlight – @ErinnaMettler”