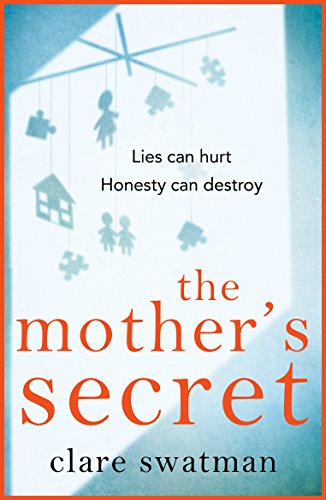 I’m rounding off the blogtour for The Mother’s Secret by Clare Swatman today with my review. Kate and Georgie’s mother Jan is growing increasingly more confused and it is clear that she has some form of early onset dementia. Jan was an incredibly protective mother who rarely let her daughters go anywhere without her other than school. Her husband died when before Georgie was born. Georgie feels sad that her mother did not seem to have opportunities in life and is determined that she will. She has never travelled abroad and realises that she doesn’t have her birth certificate which she will need to apply for a passport. It is when she goes searching in her mother’s attic that she discovers something which will turn her world upside down.

This was a book which I read with my sympathies ever changing. At first, I was of course completely understanding of how Georgie was feeling particularly when what she discovered became even more shocking. But then I often felt irritated with her too because of they way she then treated her family, especially her sister Kate. Her part of the story was particularly compelling and the focus is most certainly on her throughout. Similarly, I felt sorry for Jan to begin with then felt angry when it becomes clear what she has been hiding. Further revelations provoked more sympathy but only to a certain degree.

The parts of the book where we go back and learn about what was happening with Jan in the 1970s when she met and married Ray were also intriguing. The reader may well guess partly what has happened but it does not diminish the enjoyment of the story. The author captured the atmosphere of the 1970s really well I felt, particularly with all the musical references. It was a bit of a trip down memory lane! Going back to find out Jan’s story really fleshed out the story and with the addition of another character’s account, the reader has a clearer idea of what led up to the events hidden for so long. I won’t mention who the other character is as that might give too much away, but I half-expected something different to have happened to them.

A poignant story where there was much sadness, loss and grief, I felt there was also some hope at the end of the book. The Mother’s Secret is a very readable story of secrets and lies, the way the effects rippled through the years and affected so many people.

The Mother’s Secret is a powerful story about family, secrets and devastating lies

Love keeps us together

Sisters Kate and Georgie have always shared a close bond. While Kate enjoyed the freedoms of youth, Georgie remained at home. But now Georgie is grown up, it’s time she started exploring.

Love can tear us apart

Their mother Jan loves her daughters with all her heart. So what if she kept them out of sight when they were young? She just cared for them so much. She wanted to protect them.

What if your life was based on a lie?

Maybe there was another reason for Jan’s protective behaviour? If they ventured too far afield, it might destroy the facade of their childhood. This family’s about to discover that while lies can cause pain, the truth could destroy them all. 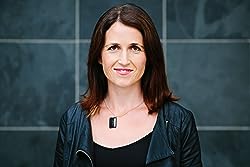 Clare Swatman is a journalist for a number of weekly women’s magazines. The Mother‘s Secret  is her second novel. Clare was Features Editor for Bella and has written for Best, Woman’s Own and Real People. When not working on her next novel, she also writes for her local magazine as well as the travel pages for Take a Break. Clare lives in Hertfordshire with her husband and two boys.

Catch up with what you missed at the following blogs