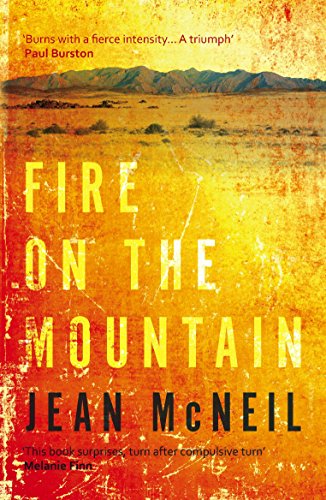 When NGO worker Nick drops unexpectedly into the lives of Pieter and Sara Lisson, he feels he has found the parents he never had. Nick is enraptured by their lives of splendour and acclaim as much as the stirring setting of the African city where they live, but he soon senses a secret at the heart of his new family.
Nick then meets Riaan, the Lissons’ son, and so begins an intense connection that threatens to erupt into a relationship neither had ever considered. In the shadow of the Brandberg, the glowing mountain that stands at the heart of the desert, Nick will discover that his passion for Riaan is not the only fire which threatens his newfound home.

Jean McNeil is a prolific fiction and non-fiction author whose work has been nominated for and won several major international awards. She is a Senior Lecturer at the University of East Anglia. Her first novel with Legend Press, seventh overall publication was The Dhow House (2016).