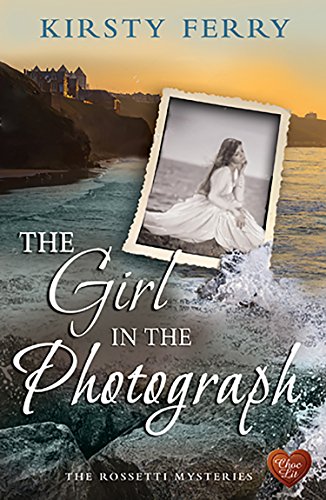 What if the past was trying to teach you a lesson?

Staying alone in the shadow of an abandoned manor house in Yorkshire would be madness to some, but art enthusiast Lissy de Luca can’t wait. Lissy has her reasons for seeking isolation, and she wants to study the Staithes Group an artists commune active at the turn of the twentieth century.

Lissy is fascinated by the imposing Sea Scarr Hall but the deeper she delves, the stranger things get. A lonely figure patrols the cove at night, whilst a hidden painting leads to a chilling realisation. And then there’s the photograph of the girl; so beautiful she could be a mermaid … and so familiar.

As Lissy further immerses herself, she comes to an eerie conclusion: The occupants of Sea Scarr Hall are long gone, but they have a message for her and they’re going to make sure she gets it.

Stefano looked at her, his heart thudding – maybe it was panic, maybe it wasn’t. But, regardless, he hadn’t been sure of what his reception would be. He did notice, however, that Lissy was as immaculate as she had always been. Her dark hair now fell to her shoulders from a severe side parting and a long, dark, choppy fringe hid part of her face. There were streaks of purple and pink in the fringe – on anyone else, Stefano knew, the highlights would be lost in the mass of dark hair. On Lissy, they lay exactly where they should.

He took a deep breath and smiled, bowing elegantly to her. ‘Mia cara.’ Then he saw the look of thunder on her elfin face. ‘Ah, why would you look so upset, Elisabetta? I have come from so far to see you again. And this – this little girl. She is a doll.’ He turned to Grace. ‘In my country, which is somewhere called Italy, we would call you Grazia.’

‘Grazia?’ The child tried the name out and appeared to like it. Grace was obviously not a shy child. She looked directly at him, a stranger to her, and jiggled, apparently letting her aunt know she wanted to be put back on her own two feet. ‘Hallo, again.’ She walked over to Stefano when Lissy had done her bidding and stood in front of him, waiting for him to answer.

‘Hello,’ said Stefano. He held his hand out solemnly.

Grace seized it and pumped it up and down, giggling. ‘Mummy,’ she said, turning to Jon’s pretty chestnut-haired wife, Becky, ‘he’s nice. I like him.’

Grace nodded. ‘Yes.’ She didn’t elaborate however, and Stefano smiled. 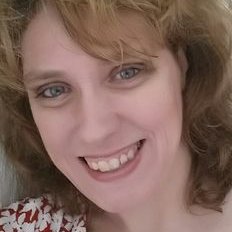 Kirsty Ferry is from the North East of England and lives there with her husband and son. She won the English Heritage/Belsay Hall National Creative Writing competition in 2009 and has had articles and short stories published in Peoples Friend, The Weekly News, It’s Fate, Vintage Script, Ghost Voices and First Edition. Her work also appears in several anthologies, incorporating such diverse themes as vampires, crime, angels and more.

Kirsty loves writing ghostly mysteries and interweaving fact and fiction. The research is almost as much fun as writing the book itself, and if she can add a wonderful setting and a dollop of history, that’s even better.

Her day job involves sharing a building with an eclectic collection of ghosts, which can often prove rather interesting.