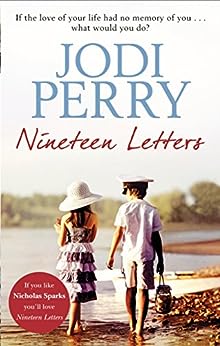 I didn’t really know much about this book before I started but, as always, the idea of a book featuring letters attracted me. Well, I just loved it! Nineteen had always been a significant number for Braxton and Jemma. They met when she moved in next door to him on 19th January 1996 and married exactly 19 years later. Many significant events seemed to happen for them on 19th throughout those years.  Nineteen days after the wedding, Jemma was involved in horrific car crash. Although seriously injured, she survived but with no memory of her previous life. She couldn’t remember anyone she knew: not her parents, her friends and, most devastatingly, not Braxton.

This was such an emotional book to read. It was heartbreaking to see what Braxton went through when the woman he had loved for years could not remember a thing about their life together. It was equally moving to read about how lost Jemma felt with no memories to look back on, no recollection of those who had been closest to her in her life and no idea even of simple things like her favourite foods or her taste in music.

At first, and perhaps understandably, Jemma is reluctant to spend much time with Braxton, who is as good as a stranger to her. Braxton decided to write to her instead. Through the Nineteen Letters of the book title he looks back at their life together, telling her about significant events. To help her, he gives her a charm bracelet, to be a memory bracelet, and includes charms with every letter. The charms all relate to something covered in the letter. Braxton is obviously one of life’s good guys. He is so patient and understanding even though he missed his wife and the relationship they had so much. From the earlier stories of their life, they were clearly soul mates. Could the letters help to rekindle that connection? I adored reading the letters which always ended with “What we had is far too beautiful to be forgotten.”  They were so full of love.

Oh my goodness how much did I hope there would be a happy ending! You will, of course, need to read it yourself to see if everything works out for Braxton and Jemma or not. Nineteen Letters is a love story to lose yourself in.

My thanks to the publishers Sphere for my copy of the book from Netgalley. Nineteen Letters is available now as an ebook (and currently only £1.99) and will be published in paperback on 19th April. Yes really, the 19th – do you think that was planned? 😄 It will available in all good book retailers or you can order a copy online here: Nineteen Letters

Then tragedy struck. Nineteen days after our wedding day, Jemma was in an accident that would change our lives forever. When she woke from her coma, she had no memory of me, of us, of the love we shared.

That’s when I started writing her letters. The stories of our life. Of when we met. About the happier times, and everything we’d experienced together.

What we had was far too beautiful to be forgotten. 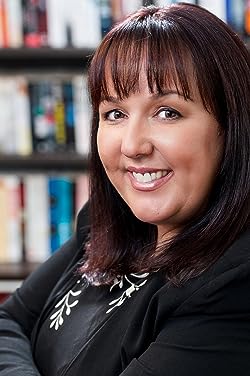 Jodi Perry is a wife and mother, and was born in Sydney, Australia. She has lived there her whole life.  Jodi travels annually to the UK and US to promote her books at romance events and to meet her readers. NINETEEN LETTERS is her tenth novel, and debut under the name of Jodi Perry.