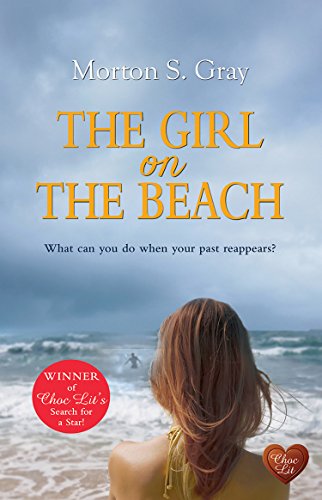 I have a treat for you today in the form of an extract from Morton S Gray’s latest novel, The Girl on the Beach. It’s available for Kindle and has just been published in paperback too. You’ll also find out a little about her forthcoming novel, The Truth Lies Buried, near the bottom of the post.

About The Girl on the Beach:

Who is Harry Dixon?

When Ellie Golden meets Harry Dixon, she can’t help but feel she recognises him from somewhere. But when she finally realises who he is, she can’t believe it – because the man she met on the beach all those years before wasn’t called Harry Dixon. And, what’s more, that man is dead.

For a woman trying to outrun her troubled past and protect her son, Harry’s presence is deeply unsettling – and even more disconcerting than coming face to face with a dead man, is the fact that Harry seems to have no recollection of ever having met Ellie before. At least that’s what he says …

But perhaps Harry isn’t the person Ellie should be worried about. Because there’s a far more dangerous figure from the past lurking just outside of the new life she has built for herself, biding his time, just waiting to strike.

You can find buying links for the book here: The Girl on the Beach Now read on for an extract.

As she turned into the alleyway, Ellie jumped out of her skin when Nick lurched out of the shadows.

‘Nick Crossten you scared me half to death.’

‘Sorry, Miss Golden.’ He looked even scruffier than normal, probably because he was wearing home clothes and not school uniform.

‘Were you looking at my pictures?’

‘Not exactly. Could I come inside?’ He kept looking around him, as if he expected someone else to jump out of the shadows too.

‘Of course. You can help me unload the kiln. I put a batch of new pots in to fire three nights ago. The kiln should be cool by now. They’re some of the pots I want to decorate and sell for Christmas and you can be the first to have a look at them.’

She was puzzled that Nick didn’t show any of his usual enthusiasm. He came through into the gallery after her, pausing to let her pick up the post and shut the door. She stuffed the three envelopes into her bag and went to walk through into the studio room.

‘Miss, can you lock the door behind us please?’

Ellie was surprised and wary, but did as he asked. ‘Are you okay, Nick? Is something wrong? Is someone following you?’

He seemed happier when they were out of sight of the windows at the front of the shop.

Ellie felt a cold shiver snake up her spine.

‘A man. I’ve seen him outside the gallery and outside school after art class. He’s been following you.’

He nodded his head, with a look more serious than any expression she had ever seen on his thin face.

Touched by Nick’s concern, rattled by what he had said, but sure there must be some rational explanation, Ellie fought down a sudden vision of the letter about Rushton’s release from prison.

To cover her alarm, she led Nick into the back yard and opened the door to the kiln room. Out of habit, she put a hand on the side of the kiln to make sure it had cooled.

‘Did you see what I did first?’ She said, with a tone that sounded falsely bright even to her own ears. ‘If you work with a kiln, you must always make sure it’s stone-cold before you open it. If it isn’t, the sudden change of temperature can ruin your work, besides burning you badly if it’s still hot. These babies should be cooked. Oh, I do hope they’re nice. You never truly know until they come out of the kiln safely.’

Nick was not a young man to be fobbed off. ‘Aren’t you worried about this man following you?’

‘I’m determined not to be unnerved. I’m sure there must be a simple explanation. Thank you, by the way, for warning me. It is very good of you to look out for me.’

‘You’ve been very kind to me and I wouldn’t want anyone to hurt you.’

‘Why do you think anyone would want to hurt me?’

Ellie felt shaken by his interpretation of why a man would be following her, but tried not to worry Nick further by any reaction to his words. She refused to act in haste. If this man was following her, she could easily make a mistake and fall into his hands by panicking.

Morton lives with her husband, two sons and Lily, the tiny white dog, in Worcestershire, U.K. She has been reading and writing fiction for as long as she can remember, penning her first attempt at a novel aged fourteen. She is a member of the Romantic Novelists’ Association and The Society of Authors.

Her debut novel ‘The Girl on the Beach’ was published as an ebook in January 2017, after she won The Choc Lit Publishing Search for a Star competition. The story follows a woman with a troubled past as she tries to unravel the mystery surrounding her son’s headteacher, Harry Dixon. This book is available as a paperback from 10 April 2018.

Morton’s second book for Choc Lit ‘The Truth Lies Buried’ is published as an eBook on 1 May 2018. Another romantic suspense novel, the book tells the story of Jenny Simpson and Carver Rodgers as they uncover secrets from their past.

Morton previously worked in the electricity industry in committee services, staff development and training. She has a Business Studies degree and is a fully qualified clinical hypnotherapist and Reiki master. She also has diplomas in Tuina acupressure massage and energy field therapy. She enjoys crafts, history and loves tracing family trees. Having a hunger for learning new things is a bonus for the research behind her books. 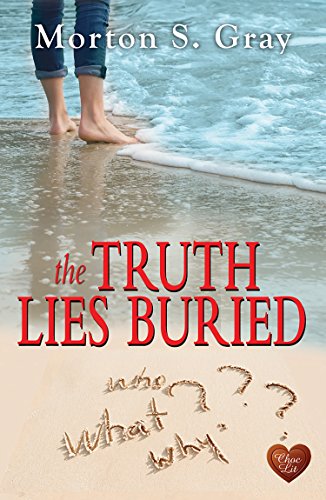 Morton’s new book in the Borteen Secret series will be released as an ebook in May. Here’s a little bit more about The Truth Lies Buried …

Two children in a police waiting room, two distressed mothers, a memory only half remembered …

When Jenny Simpson returns to the seaside town of Borteen, her childhood home, it’s for a less than happy reason. But it’s also a chance for her to start again.

A new job leads to her working for Carver Rodgers, a man who lives alone in a house that looks like it comes from the pages of a fairy tale – until you see the disaster zone inside …

As Jenny gets to know Carver she begins to unravel the sadness that has led to his chaotic existence. Gradually they realise they have something in common that is impossible to ignore – and it all links back to a meeting at a police station many years before.

Could the truth lie just beneath their feet?