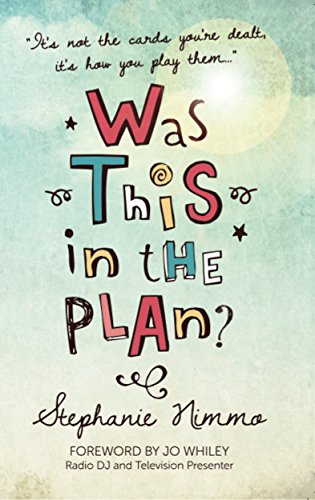 I read this book for my book group this month. I must admit I was a bit worried it would be a very upsetting read but it is far from being a ‘misery memoir’. There are indeed incredibly sad parts of the book but what shines through is a spirit of hope and resilience and the author’s strength of character.

Was This in the Plan? grew out of the the author’s blog about caring for her youngest daughter Daisy who had a life limiting condition. As well as caring for Daisy who had so many complex health issues, she also had three other children and then her husband was diagnosed with cancer. You can see why she would have asked the question in the title – was this in the plan? What comes across strongly is that this is just an ordinary family coping with life’s usual challenges but my goodness what huge challenges they eventually had to face.

I’m sure she doesn’t feel like she’s anything out of the ordinary but having read this book, I would say that Stephanie Nimmo is an inspirational woman with an incredible inner strength. Was This in the Plan? stands as a very moving tribute to an extraordinary family who showed truly that we should all “live in the here and now like never before” as nothing can ever be taken for granted.

Far from being a misery memoir, Was this in the Plan? Is a frank, open and no-holds-barred account of how a family was determined not just to survive but to thrive when the odds were against them. It will make you question your own attitude to life and how you choose to respond when unexpected events throw you off course. 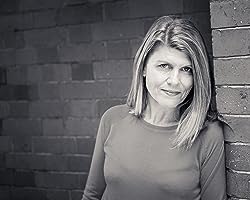 Stephanie Nimmo grew up in the Victorian seaside town of Penarth in South Wales.She moved to London in 1990 and has never left. These days she refers to herself as London Welsh.Marriage to her long term partner Andy followed together with a mortgage and children. Her successful international marketing career was cut short on the arrival of her fourth child, Daisy, who was born with a rare, life limiting genetic condition. Overnight Steph became a full time carer and entered a world of which she had no prior experience.

Andy, Steph’s husband and partner of 27 years died in December 2015 following a diagnosis of terminal cancer the year before. 13 months later her daughter Daisy also passed away, she had just turned 12.

Steph lives in Wimbledon, South West London, with her three surviving children and their dog, Pluto.  Steph personifies resilience. She is determined that despite everything that has happened in her life she will thrive and not just survive.