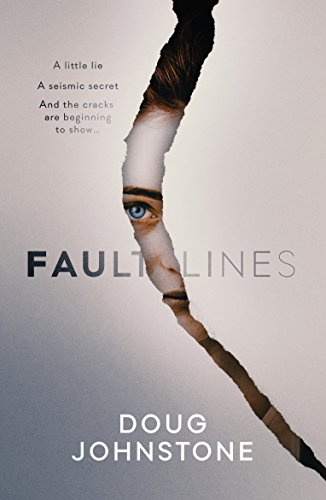 I am a huge fan of Doug Johnstone, who lives locally, so was delighted when Karen Sullivan at Orenda Books made sure I got a very early copy of this book. The reason I was so very keen to read this one is that it is set, like some of the author’s other books, in Edinburgh but more specifically, it’s set in Portobello where I live. I’m really chuffed to be one of the stops kicking off the blogtour today with my review.

This isn’t quite the Portobello I know though. A previously unknown faultline has opened up under the Forth causing a new volcanic island to emerge and regular earth tremors have become a familiar occurrence. Our protagonist is the superbly named volcanologist Surtsey, named after a volcanic island off the coast of Iceland, who has been having an affair with her married boss, Tom. When she goes to meet him on the island The Inch, she finds his body. She makes the decision not to tell anyone about her discovery in an attempt to keep their affair a secret.

As is often the case with Doug Johnstone’s books, much of the storyline happens because one of his characters makes a bad decision. And once Surtsey has told one lie, it inevitably leads to making her situation worse. As well as coping with the traumatic events in her lovelife, Surtsey is also coping with her mother’s illness as she faces her final days in St Columba’s Hospice, transported to one of the big houses on the prom for the book. Support comes from one of the nurses, who used to be at school with Surtsey. With the number and intensity of tremors increasing daily there is an increasing sense of threat both for the physical geography of Edinburgh and for Surtsey’s life. With so many characters in the frame for the murder of Tom and other subsequent crimes and with so many possible motives, this really is a classic crime novel.

The setting is just brilliant with lots of small details which Portobello residents will love: the little green van, Scotmid carpark, the big houses on the prom right down to the detail of the lookout tower. I must admit to looking rather nervously out my living window to the Forth and hoping that no new islands have appeared overnight! I think my house will be okay up the hill……

With its tightly plotted, short chapters leading to a tense and explosive ending, this is a book which I devoured. Doug Johnstone’s writing just keeps getting better and better for me and I have to say I think this is his best yet!

My thanks to Karen Sullivan at Orenda Books for my review copy of the book and to Anne Cater for asking me to take part in the blogtour. Fault Lines was published on 28th February as an e-book and will be available on 22nd May in paperback. You can order a copy online here: Fault Lines

In a reimagined contemporary Edinburgh, where a tectonic fault has opened up to produce a new volcano in the Firth of Forth, and where tremors are an everyday occurrence, volcanologist Surtsey makes a shocking discovery.

On a clandestine trip to new volcanic island The Inch, to meet Tom, her lover and her boss, she finds his lifeless body, and makes the fatal decision to keep their affair, and her discovery, a secret. Desperate to know how he died, but also terrified she’ll be exposed, Surtsey’s life quickly spirals into a nightmare when someone makes contact – someone who claims to know what she’s done… 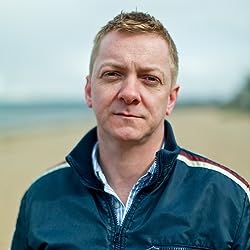