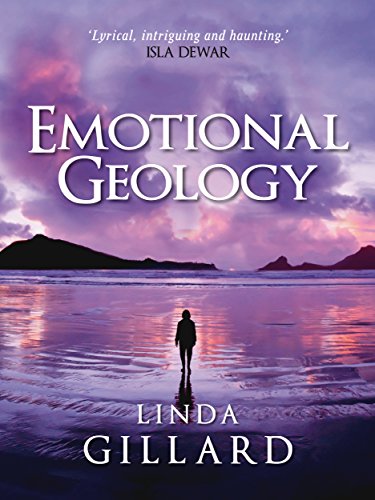 Linda Gillard took part in my #TenThings feature a couple of months ago, talking about many of her books. You can read that here When I had a look back at that, I see she would cast Helen McRory and David Tennant in the lead roles of this book should a film be made of it. The screen rights have been sold so you never know!

Emotional Geology was Linda Gillard’s first book and I admit to being drawn to that stunning cover plus the fact that it is set on an island, something I always find appealing. Rose Leonard has bought an old cottage on remote North Uist as she runs from her life. Through flashbacks, her own thoughts and letters to her estranged daughter Megan, we start to understand what has driven Rose to flee her previous life. At the same time, we follow her as she begins to settle into the small community where she is warmly welcomed by Shona whose younger brother, Calum, catches Rose’s eye.

Well that stunning cover certain reflects the beautiful writing inside. There is so much gorgeous imagery of land and sea and the natural world. Poetry is an important theme in the book with the title being the name of a book of poetry, Rose being inspired to create by poetry and parts of the book written almost as a poem. The whole book though is written in a very lyrical style which makes it flow so well. There was a part near the beginning which summed up the natural untamed beauty of area for me :

“It’s so beautiful here, it makes me ache! Even on a day like this… the space, the scale… Oh I can’t describe it!” She lets down a cascade of hair. “And you certainly can’t photograph it.”

She rakes the dunes with narrowed eyes, then stares out to sea. “Actually, I think you need a wide angle mind.”

Rose’s mind and mental health is another theme of this book as she lives with bi-polar disorder. We see clearly how this affects not just Rose but her family and friends too. They are always on the alert, constantly worried.

At the heart of the book though is perhaps a love story. It’s not just about relationships though but about the different kinds of love people can experience and how it affects their lives. There is love between friends, between family, love of mountain-climbing, love of life, and yes romantic love too. Rose has to learn to trust herself to love again and perhaps most importantly to love herself.

Emotional Geology is a beautifully written book about the redemptive power of truth and acceptance and above all the healing power of love. It’s a thought-provoking read, deeply moving and full of fascinating characters. I thought it was wonderful.

My thanks to the author for my copy of the book. Emotional Geology is available now in all formats. At the time of writing, the Kindle version is a mere 99p and I’d highly recommend you get yourself a copy at such a great price. You can order a copy here: Emotional Geology

Rose Leonard is on the run from her life.

Haunted by her turbulent past, she takes refuge in a remote Hebridean island community where she cocoons herself in work, silence and solitude in a house by the sea. Life and new love are offered by friends, her estranged daughter and most of all by Calum, a fragile younger man who has his own demons to exorcise.
But does Rose, with her tenuous hold on sanity, have the courage to say “Yes” to life and put her past behind her?…
~~~
A passionate, off-beat love story set in the Outer Hebrides, EMOTIONAL GEOLOGY was shortlisted for the WAVERTON GOOD READ AWARD 2006 and was runner-up for PURE PASSION, North West Libraries’ award promoting romantic fiction. 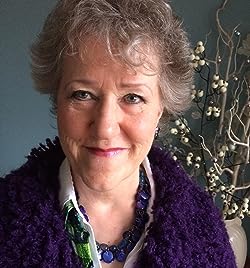 Linda Gillard is the author of eight novels and she lives in North Lanarkshire, Scotland.

Linda graduated from Bristol University, then trained as an actress at the Bristol Old Vic Theatre School. Whilst under-employed at the National Theatre, she developed a sideline as a freelance journalist. She ran two careers concurrently for a while, then gave up acting to raise a family and write from home. At the age of 40 she re-trained as a teacher and taught for some years, then moved to the Isle of Skye where she lived for six years, writing full-time.
Linda’s first novel, EMOTIONAL GEOLOGY was short-listed for the 2006 Waverton Good Read Award. STAR GAZING was short-listed for “Romantic Novel of the Year 2009” and “The Robin Jenkins Literary Award”, the UK’s first environmental book award.
Linda’s fourth novel, HOUSE OF SILENCE quickly became a Kindle bestseller. It was selected by Amazon UK for their Top Ten “Best of 2011” in the Indie Author category.