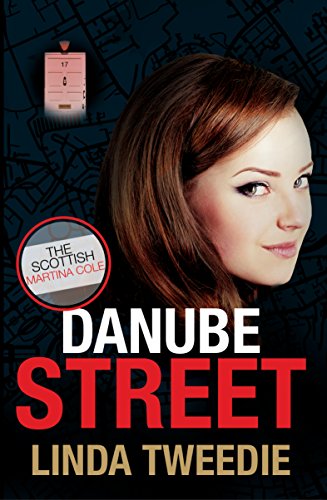 I had the opportunity this week to meet up with Kate McGregor, one of the authors of Danube Street. for a natter over a cuppa. It was really great to be able to ask some questions about her own reading habits but also to find out a bit more about the book. First of all, here are my thoughts about the book.

Danube Street is not my usual kind of read but it can be good to step out your comfort zone occasionally. It is a fast paced read, quite hard hitting, and has lots of strong language which means it won’t be for everyone. I found the story of how the girls came to be working for Stella interesting and reflected that they are probably still the kind of reasons people end up in prostitution today. Despite her ‘profession’, Stella was quite a caring woman who looked out for ‘her girls’. She was in it for money yes but was also providing a safe place for them, rather than on the streets or at the docks. DCI Hamish Ross was a truly vile character, seeing himself as some sort of avenging angel, cleansing the city of ‘filth’ as he saw it. He was disturbed and disturbing. There were many unpleasant characters in the book who didn’t seem to have many redeeming features. They quite often had secrets in their pasts they were running from, secrets which were catching up with them in a rather dramatic way. I found I had to read to the end to find if everyone got their just desserts, whether for the good or the bad!

First of all, I asked about what inspired Linda and Kate to write and about their publishing journey.

Kate explained that they had initially had the idea for a cookbook but when they had spoken to Clare Cain of Fledgling about it, she had said to come up with an idea for a different book in six weeks and get back to her. So they did! Inspired by their time in the licencing trade, the result was Life Behind Bars, a collection of short stories which was a finalist for the People’s Book Prize in 2012. Kate said she had written years ago but only for herself and never had the nerve to take it further. She said it is daunting to let your work go and allow people to read it. They then wrote another couple of books which didn’t do so well so they had a think about what kind of books were popular and decided grit-lit or thrillers was the way to go. Danube Street is the ninth book they have written together, with the Coyle Trilogy being the most successful books ever for Fledgling Press.

I then asked Kate about her favourite books – she had quite a list!

Shibumi by Trevanian is her all time favourite book and one she re-reads regularly. This would also be her ‘Desert Island’ book. Kate is also a fan of Robert Ludlum, Stephen King, Patricia Cornwall, Stephanie Meyers, Tolkein and JK Rowling’s Harry Potter series. Another favourite book is Noble House by James Clavell. 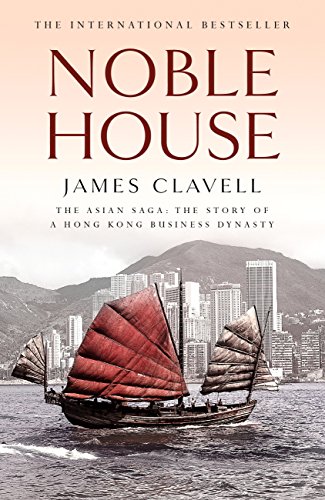 I asked about the inspiration for Danube Street

Danube Street was inspired by notorious Edinburgh madam Dora Noyce who ran a high class brothel at Danube Street from the end of the Second World War until the late 1970s. You can read a bit about her here. The other author, Linda Tweedie, worked nearby when she was a teenager so was aware of the story. But the story of Stella Gold in the book Danube Street is not a fictionalised account of Dora Noyce. It is a completely fictional account of a brothel keeper. The authors haven’t spoken to any of the current residents of the street so it will be interesting to see what they make of the story. Number 17 does exist and was the number of the house run by Dora Noyce.

Some of the characters in this book are pretty nasty. I asked if she thought they had any good in them.

It’s quite difficult to write this answer without giving away important things about some of the characters. Kate felt that some were bad to the core but some had redeemed themselves a bit, they were a good baddie! She said it was great fun writing about the villains as you can make them say things and behave in a way that you never could in real life. She said she had plenty inspiration from some of the very real characters she met in her time in the pub trade.

I was really intrigued by the fact that this book is a collaborative effort. Although it is only Linda’s name on the front cover, both are listed as authors on the spine and on book-selling sites. I asked how the writing process worked.

Kate explained that although they argue a lot during the writing process, they are really good friends and have been since she was 19. There is a lot of conversation in the planning stage of a new book, lots of chat over a coffee and occasionally they remember to write down their ideas! They talk about dialogue, storylines, ideas and characters. Linda then writes the story down and Kate goes over it to get it into shape. She said it was important to them to have one clear voice in the books. Although they think in a similar way, they write very differently. They work well together, she’s not quite sure how, but writing together works for them.

Again this is a bit tricky to write about without giving anything away. Kate felt that there was potential for many of the characters to feature in future books whether that was as a sequel or stories in their own right.

Kate and Linda have just started work on a book which will feature a gang of female shoplifters. It’s a bit of a Cinderella story with a gang leader forcing his wife to take in his illegitimate daughter following her own mother’s death.

And finally, I ended with the question I always end my author spotlights with and one I always enjoy reading the answer to: if you could be any character in a book, who would it be and why? This produced quite a discussion and many of the characters she mentioned were fictional though not strictly from a book.

Kate said initially that she quite fancied being Jessica Rabbit from Who Killed Roger Rabbit, or Jessica Jones from the Marvel Comics. Michelle Pfeiffer in her role in The Fabulous Baker Boys was mentioned and also Mata Hari. Basically, Kate confessed to being a frustrated lounge singer who would love to play the femme fatale and be glamorous and sexy. Oh and a spy!

My thanks to Kelly from Love Books Group Tours and Clare Cain of Fledgling Press for inviting me to take part and arranging the interview with the author which I really enjoyed. Danube Street is published by Fledgling Press. It is available in e-book format now and you can buy your copy here: Danube Street A paperback edition will follow later this year.

Danube Street tells the tale of notorious Madame, Stella Gold, and her mission to turn the infamous number 17 Danube St into Edinburgh’s most exclusive brothel.

The house, situated in one of Edinburgh’s most exclusive streets, was known the length and breadth of the country; a magnet for red-blooded males, single or otherwise. Danube Street was always the first port of call when Merchant or Naval ships docked in Leith, and was the attraction, never to be missed by visiting clergymen of every denomination.

Stella Gold began life far from the bright lights of the city. Born Agnes McLeod, she was reared in the wilds of Ayrshire. The only daughter of a tenant farmer, she endured a harsh, rugged upbringing. Now, although the darling of Edinburgh’s glitterati, she finds herself the victim of a vendetta by the city’s most dangerous and violent criminal brothers, and a corrupt Chief of Police.

Survival was a constant challenge which Stella thought she had under control. How wrong could she be?