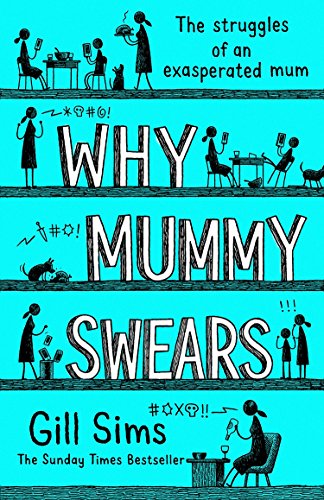 Why Mummy Swears begins at the start of the long school summer holidays. Mummy is looking forward to having many jolly japes with her precious moppets #makingmemories and feeling #soblessed. The precious moppets however, have other ideas and aren’t too keen on Mummy’s idea of fun. Realising just how much school holiday fun will cost she begins to wish it was acceptable just to send them off with their bikes and some sandwiches to have their own adventures in the style of the Famous Five

The book is written again in a diary format making it a quick read, easy to dip in and out of, even if you just have a few spare minutes. Let’s face it, if you’re a mummy that might be a few stolen moments of peace in the loo!

Even within the first few pages I found plenty to giggle at. Ellen reflects that taking redundancy has resulted in her eating far too many biscuits so that when she sees her reflection in the mirror it reminds her of those children’s board books.  You know the ones, “That’s not my puppy, it’s nose is too shiny” etc. When she said hers would be called “That’s not my a**e, it’s far too enormous,” I laughed out loud on the bus, getting some odd looks! Another part that had me giggling was when Daddy threw out all the out of date food, causing Ellen to ponder if they were still middle class if they didn’t have quinoa in the cupboard?

There is so much that I’m sure parents will recognise – kids who will eat something one day but not the next, what one likes the other won’t touch, life being unfair, everybody else gets to do it, the despair of trying to drum up for volunteers for PTA events. Mummy’s local Facebook page sounds just like our Porty People one which can be a brilliant source of info but is often full of moans about litter, dog poo, the price of bacon rolls in the various local cafes and more recently the scourge of the seagulls! And yes I know there’s no such thing as a seagull (PP would set me straight on that) but tell that to the poor jogger who I saw being dive-bombed from on high recently.

On a more serious note the the stress and worry of modern parenthood is also addressed where everyone and their dog has opinion on what is right. And so many people have opposing views. Once upon a time, help and support from mothers, aunts, cousins etc but in our frantic 21st century life, so called helpful advice comes from all quarters of media, social media and internet. No wonder new mothers can become anxious, confused, discouraged and depressed.

Ellen did annoy me at times with her frequent nights out with her friends. Not the nights out as such – we’re all entitled to them – but you’d think she’d have learned about hangovers by now! There’s a lot of swearing in the book obviously, the book title being a big clue! So if you don’t like strong language in a book then this isn’t for you. I found it quite amusing when I was sent this book that it came with a swear box. As my friends will tell you, this mummy rarely swears! However, I found that it added to the comedic effect throughout the book.

Despite all her frustrations with modern parenting, trying to juggle career, marriage and childcare, and no matter how awful the children were at times (“although they are monstrous hell beasts, they are YOUR monstrous hell beasts and the also the best thing that ever happened to you.”), I thought that Mummy/Ellen comes up with the best piece advice for any parent – “All you can do is your best, and love them and hope they turn out all right.“

Recommended for parents just about to face the long school holidays (or already started as here in Scotland) who will need something to make them smile while entertaining their precious moppets!

Thanks to Rosie Margesson at Harper Collins for my copy of the book. Why Mummy Swears will be published next week in hardback and as an e-book. It will be available in all the usual book retailers or you can order a copy online here: Why Mummy Swears

Why Mummy Swears is the much anticipated new novel from Gill Sims, author of the hilarious Why Mummy Drinks and online sensation Peter and Jane.

It’s every parents’ nightmare – the start of the school holidays – and instead of sitting in the sun, reading a book over a cold, crisp glass of Pinot Grigio, Mummy has two bored moppets to attend to. After frantically booking sports camps, child minder slots, not to mention time off work, Mummy is exhausted. But this is only the beginning…

After being dragged to join the school’s PTA in the new term by an annoyingly kind-spirited neighbour, Mummy is stuck with organising the Christmas Fayre and pleasing all the overly disapproving parents. In combination with getting to know her father’s surprise new glamorous (and much younger) wife, and being forced to spend more time with her narcissistic mother, life isn’t cutting her much of a break. What more could possibly happen? 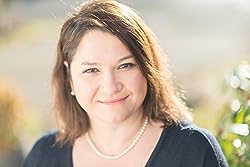 Gill Sims is the author and illustrator of the hugely successful parenting blog and Facebook site ‘Peter and Jane’. She lives in Scotland with her husband, two children and a recalcitrant rescue Border Terrier, who rules the house.

Gill’s interests include drinking wine, wasting time on social media, trying and failing to recapture her lost youth and looking for the dog when he decides to go on one of his regular jaunts.

One thought on “Why Mummy Swears by Gill Sims #review @harpernonfic”