I’m pleased to be joined by Aidan Conway today who is answering my Author in the Spotlight questions and chatting a bit about his latest novel, A Cold Flame, the second in his Detective Michael Rossi crime thriller series.

Thanks for joining me Aidan. First of all, would you tell my blog readers a little about yourself?

I was born to Irish parents in Birmingham, where I attended a comprehensive school and then went on to study English at University in Wales and Northern Ireland. After that I had a variety of jobs: I was a hotel porter, a barman, a bookseller for a couple of years, a proofreader, and then moved into teaching English in France, and language consultancy and translation in Italy. I am currently an assistant university professor in Rome where I have been living for almost 20 years.

I have always written in one way or another; there were poems and stories when I was at school and I continued doing so at university and beyond. Being a keen reader played its part and a little bit of encouragement along the way also helped. A teacher once said I had ‘a style’ and favourably compared a story I had written to Geoffrey Household – I think I’d just read Rogue Male, which had been lying around the house. That stuck with me, even if I often felt being a writer was something that happened in another universe far from mine. I took creative writing at university and the tutors there encouraged us to send stuff out to magazines, which I began doing. Writing became a habit and a bit of an obsession but one I couldn’t do without. I’ve never stopped since.

It was relatively quick once I had finished writing the first book. I felt that I had put too much time and effort into it to sit back and just wait for something to happen. So, after a brief pause for reflection, I set about finding an agent. Having already had plenty of experience of sending poetry out to magazines (and a pile of rejections) I was quite ready for the challenge and just got stuck in. I studied the market a bit, made sure my presentation was good and that the novel was as strong as it could be. I had made a fairly tenuous contact in a publishing house through a colleague. The person in question read my first 10,000 words and liked what she saw. That meant I had some positive feedback on the book from a professional, which I was then able to use in my pitch. It did the trick and several agents expressed interest. After signing with Ger Nichol, it then took a further four months or so to get a book deal. 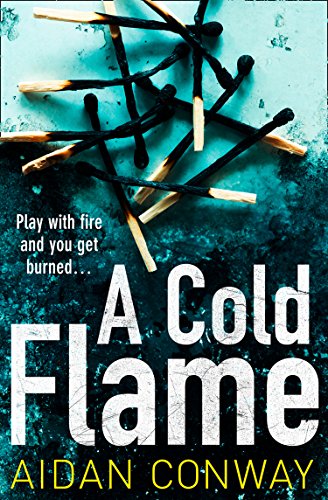 My latest book, A Cold Flame, sees DI Michael Rossi and DI Luigi ‘Gigi’ Carrara dealing with a series of suspicious fires in Rome during a searing August. As you may expect, behind this there is a complex web of intertwined stories and various Italian and international shenanigans. The Church is never far away. Rossi’s relationship with Yana, his Ukrainian girlfriend, is also to the fore as things really begin to heat up. The investigative journalist Dario Iannelli appears again after his first outing in A Known Evil and as well as the usual cast – Maroni, Torrini, Silvestre – there are some new female characters too.

The title went through a few incarnations along the way. I often throw around ideas as I’m writing a book and until I am absolutely sure, I remain pretty flexible about it. There was a bit of back and forth then between me and the marketing team at Harper Collins but in the end I came up with one which pleased everybody.

Publishing the novel as an e-book first means I like to be at home and close to my computer so I can join in the party online, sending out tweets and getting some momentum going. It will probably involve having dinner at home with my family and a few glasses of something nice and cool as by 20 July things will have hotted up here in Rome. Then there is paperback publication day in September 2018 – so it’s like having two birthdays really.

I have just finished A Cold Flame but on my hard drive there is the complete first draft of book 3, which I wrote in the autumn of 2017. Sooner or later, I will be taking a look at that and getting to work on the second draft. I don’t know when yet but once I have had a bit of a rest I think I’ll be itching to knock it into shape so I can get it round to my first readers. Then, over the summer, I may see if there’s another idea forming and I’ll begin to make some notes and do some broad research. That’s the way it usually happens anyway.

I’ve just finished Jim Thompson’s The Killer Inside Me. A classic and a masterpiece. Menacing, absorbing, with as twisted an anti-hero as you could hope to meet. Then, for something contemporary, Don Winslow’s The Force. That really blew me away with its use of dialogue and street language and the big overarching questions it poses about duty, responsibility, right and wrong. And for some non-fiction: Bernard Lewis’s What Went Wrong? It looks at the history of the middle east and the role and influence of the west there as well as the often challenging relationship both worlds and their cultures have with each other. Some very useful insights for this day and age, thoroughly researched and written with style and economy. 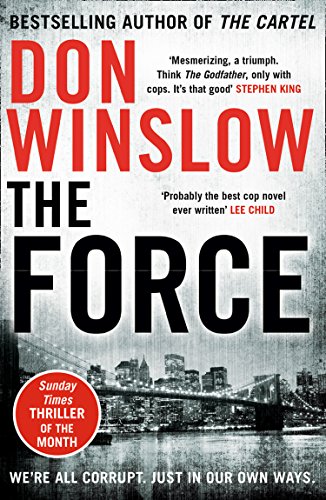 I recently discovered Stuart MacBride and I have begun reading his Logan McRae series. As of 18 June 2018, I have nearly finished Cold Granite. It’s a fine debut and I shall certainly be working my way through the rest of the series. 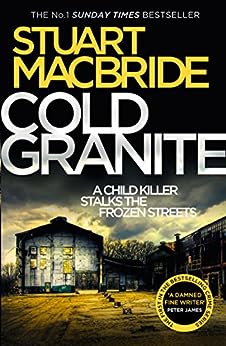 I get Shakespeare already, which is good. It would have to be something I could dip into or read again and again. I think a huge anthology of international poetry with facing page translations so I could continue to learn some new languages as well as find inspiration and comfort.

[Not sure this is quite what you had in mind. Think you better start compiling one now, just in case… ]

I’m on Twitter @conwayrome and on Goodreads. I’d love to hear from you.

I wouldn’t mind being Dave Robichaux in James Lee Burke’s novels. I have never been to Louisiana and New Orleans but I get a very alluring and vivid impression of the place from his descriptions. I am also drawn to the lifestyle – the multi-cultural history, the music, the fishing and boats and barbecues and dramatic summer heat and storms. I would bring my guitar too so I might learn something. 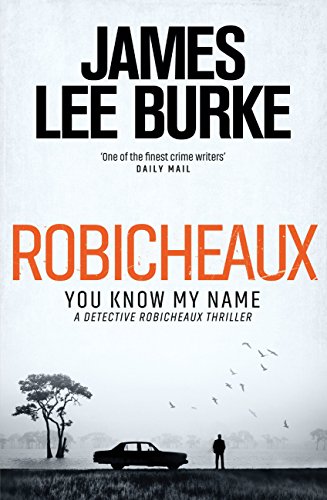 Thanks to Finn Cotton at Killer Reads (Harper Collins) for inviting me to take part on the tour. A Cold Flame is available now as an e-book and the paperback will follow in September. You can order a copy online here: A Cold Flame

Play with fire and you get burned…

A gripping crime thriller, from a new star in British crime fiction. Perfect for fans of Ian Rankin.

Five men burnt alive.
In the crippling heat of August in Rome, a flat goes up in flames, the doors sealed from the outside. Five illegal immigrants are trapped and burnt alive – their charred bodies barely distinguishable amidst the debris.

One man cut into pieces.
When Detective Inspectors Rossi and Carrara begin to investigate, a terror organisation shakes the city to its foundations. Then a priest is found murdered and mutilated post-mortem – his injuries almost satanic in their ferocity.

One city on the edge of ruin.
Rome is hurtling towards disaster. A horrifying pattern of violence is beginning to emerge, with a ruthless killer overseeing its design. But can Rossi and Carrara stop him before all those in his path are reduced to ashes?