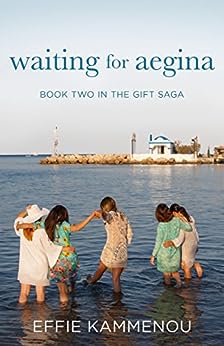 I’m delighted to share a lovely guest post from author Effie Kammenou today. In it, she talks about where she gets her inspiration for her stories from.

Inspiration can come from any number of sources – a life experience, a fleeting yet compelling observation, or perhaps an unforgettable dream. For me it’s been all of the above and then some. I believe every writer draws from personal experience and any creative person tends to possess keen observation skills.

My younger daughter is a graphic designer and art director. I can see her eyes light up when inspiration strikes. I might not understand what caught her attention or what was running through her mind, but when she’s done setting up her shot and I see the final product of what she created, then I understand.

The same is true for my eldest, a dance teacher and choreographer. She’ll hear a piece of music that speaks to her and it’s as though a light switch was turned on. I can almost see her eyes dancing as her mind begins to create.

The smallest seemingly insignificant moments can be the most inspirational of all. Each year my family and I attend the EPCOT Food and Wine Festival. It’s a crowded park at that time of the year. Actually, it’s always pretty crowded, but during the festival there are lines of people waiting to sample food & alcoholic beverages from kiosks that represent dozens of countries. I was sitting on a bench waiting for my family and I noticed a young couple sampling some of the offerings. It was apparent that the young man enjoyed what he’d tasted and he brought the wax paper clad pastry up to his girlfriend’s lips. He watched her eagerly, hoping she would enjoy it as much as he did and smiled when her reaction was the same as his. He then sweetly brushed off a flake of pastry from her bottom lip, allowing his finger to linger long enough to caress her mouth before lowering his head to gently kiss her. The whole exchange couldn’t have been more than fifteen seconds but it stayed with me. There was so much love in the young man’s gesture. I could see from that tiny slice of their life that he cared deeply for her and it moved me. I decided I would write a similar sweet moment into one of my stories. (Hint – It’s in Waiting For Aegina)

I began writing my first novel, Evanthia’s Gift, when my mother passed away. It had always been in the back of my mind to write, but I’d always dismissed the idea until this life-altering event and inspiration was born from grief. The story I had always played with in my mind grew from as simple love story to a family saga when I created a character that honoured the essence of my mother’s heart and soul.

My mother, like her mother before her, never wanted to leave this earth, and they especially didn’t want to leave their family. My grandmother, who we called Yiayiá, would say in heavily accented English, ‘Don’t forget me,’ years before she had to worry about dying. My mother promised to always be with us and watch over us. And I believe she has done just that. I’ve had several dreams since I’ve lost her. Ones that contained an important message. I’ve used those dreams as inspiration although I changed the details and used them in a different context.

In 2004 I reluctantly attended my thirtieth high school reunion. The committee chairperson, an old friend I hadn’t seen since those school days, contacted me repeatedly until I finally agreed to attend. I ended up having a wonderful time and reconnected with many old friends. We became a close-knit group, and fourteen years later, we still get together. Because of this, the idea came to me to write a fictionalized story about a circle of friends who grew up together. I added these friends to Book One: Evanthia’s Gift as secondary characters, but in Book Two: Waiting For Aegina they are the focus of the story and each have their own subplot.

Although there may be bits and pieces of my friends in these women they are purely a figment of my imagination. I thought back to those days when we were young and idealistic and remembered what we all thought we would be doing with our lives years later. I expected to be a successful actor. There was a 1:1,000,000 chance of that! I was certain one of my friends would be a fashion designer and another a very important politician. Neither is the case in their real lives but my teenage ideals for them was inspiration enough for me to develop completely new characters with different histories, backgrounds and physical attributes from my friends.

Although none of the characters in Chasing Petalouthes are based on my daughters or any of the children in my family, it is their generation that inspired the storylines of Evvie and Stella. In truth, a very brave young woman shared a personal and painful part of her life with me and she inspired part of the plot. And of course, like I do in the rest of the saga, I delve into the past in a way where the current generation can learn valuable lessons from the generations before them.

I’ve already started to plot the next series in my mind. As a matter of fact, I witnessed something recently that inspired me enough to have my new love interests meet in a similar manner. But I’m not saying a word just yet!

Thanks to Kelly from LoveBooksGroupTours for inviting me to take part. Waiting for Aegina is available to buy now. You can order a copy online here: https://amzn.to/2z3CsFl

Book Two in The Gift Saga: The continuation of Evanthia’s Gift…

In 1961, five little girls moved into a suburban neighborhood and became inseparable, lifelong friends. They called themselves the ‘Honey Hill Girls,’ named after the street on which they lived. As teenagers they shared one another’s ambitions and dreams, secrets and heartaches. Now, more than thirty years later, they remain devoted and loyal, supporting each other through triumphs and sorrows.

Evanthia’s Gift follows the life of Sophia Giannakos. In Waiting for Aegina the saga continues from the perspectives of Sophia and her friends as the story drifts back and forth in time, filling in the gaps as the women grow to adulthood.

Naive teenage ideals are later challenged by harsh realities, as each of their lives takes unexpected turns. Now nearing their fiftieth year, Sophia, Demi, Amy, Mindy and Donna stand together through life-altering obstacles while they try to regain the lighthearted optimism of their youth.

Can be read as a standalone. For the full emotional impact on the character’s live and histories, read Evanthia’s Gift. 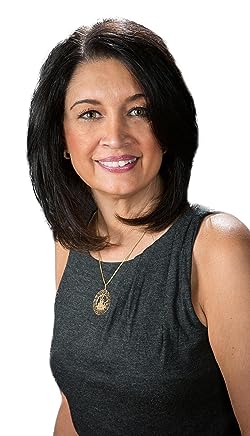 Effie Kammenou is a first generation Greek-American who lives on Long Island with her husband and two daughters. When she’s not writing, or posting recipes on her food blog, cheffieskitchen.wordpress.com, you can find her entertaining family and friends or traveling for ‘research.’

Catch up with all the stops on the blogtour