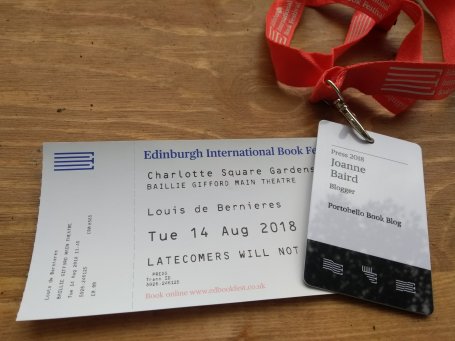 Well it’s been a busy old week in Edinburgh with the Fringe, the Edinburgh International Festival and the Edinburgh Book Festival all underway. I’ve been at several events and thought I’d give you a flavour of them. As usual, you’ll need to excuse my photos which are only from my phone so not the best. Grab yourself a cuppa and settle down, I’ve lots to tell you about! 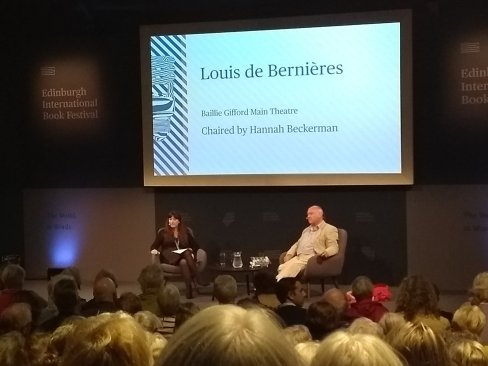 First off on Tuesday, I picked up my Press Pass for the book festival which is always very exciting and headed off to my first event where Louis de Bernieres was talking about his latest novel, So Much Life Left Over, chaired by Hannah Beckerman.

This is the second book in a planned trilogy and follows characters first introduced in The Dust Which Falls from Dreams. Louis de Bernieres explained that he likes to write about the many kinds of love which exist and the different versions of family. Since having his own children, he particularly enjoys writing about the love between parent and child which he sees as the greatest of all.

I always enjoy listening to this author. He is rather self-deprecating and always drily witty. 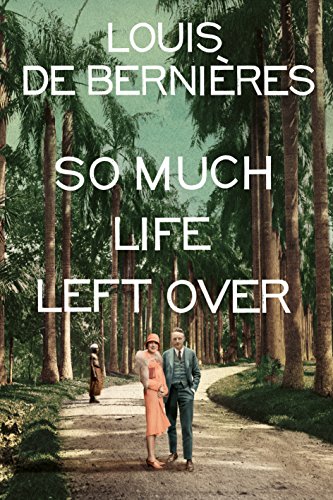 After this event, I had a lovely lunch with fellow bloggers Kelly (Love Books Group), Mary (Live and Deadly), Llainy (So Many Books So Little Time) and Katherine (Bibliomaniac) as well as writer Jane Anderson. As you can imagine, there was non-stop bookish chat. So much so, that we forgot to take a photo! 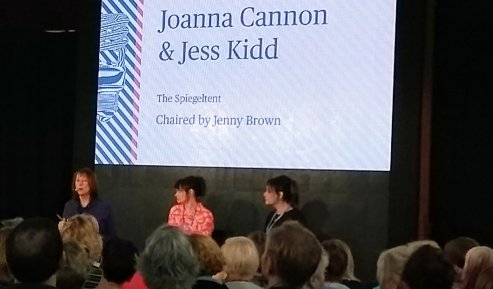 On Wednesday, my first event saw Jenny Brown chairing a session between Joanna Cannon and Jess Kidd. On the way to the event, I read Three Things I’d Tell My Younger Self which is a selection of pieces of advice collected by Joanna Cannon. The title is a reference to her latest novel, the wonderful Three Things About Elsie, which she was discussing at this event. Jess Kidd was talking about her latest novel The Hoarder. Both novels have a few things in common as they explore memory loss, older characters and long held secrets. Both are also second novels and the authors spoke about how it felt to write with the knowledge that there was more pressure and expectation, having had successful first novels and knowing that people were actually waiting to read this one! Both spoke about how their characters were in some way trapped and that exploring loss of power makes for a interesting stories. Humour is something which both writers feel is vitally important to lighten the mood when dealing with dark issues. 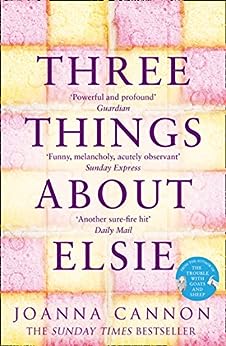 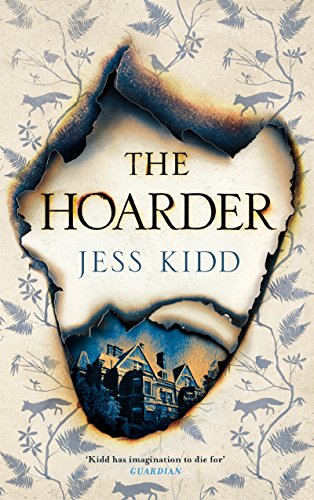 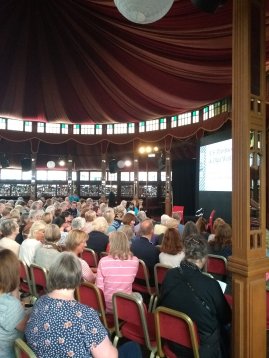 My next event was also in the beautiful Spiegeltent where a packed audience waited to hear Olga Wojtas and ES Thomson chat with Sally Magnusson about their novels Miss Blaine’s Prefect and The Golden Samovar and The Blood. 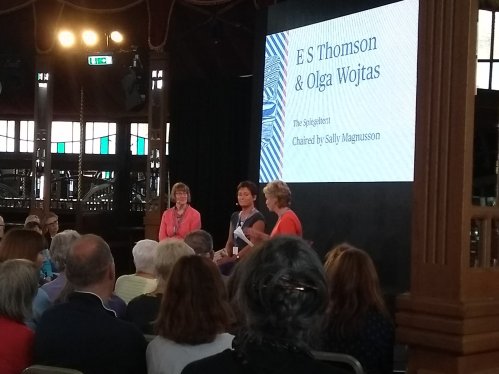 This was a very entertaining session and you can actually listen to it this Sunday morning when it will be broadcast on Radio Scotland (Sunday Morning with Sally Magnusson). I have read Olga Wojtas’ book which is hilarious and it was wonderful to hear her read from it. Saying she was surprised to discover she had written a crime novel, Olga Wojtas explained she really just set out to write a romp to cheer herself up and provide an escape from the relentless bad news in the media. While E S Thomson’s books about Victorian anatomist Jem Flockhart aren’t intended to be humorous, humour does feature amidst the dark themes. It was interesting to hear that these authors are friends and are among the first to read each other’s work to get a writer’s perspective on what could be improved. I think everyone present would agree with one audience member who said that both ladies could have a career on the stage following their highly entertaining readings. 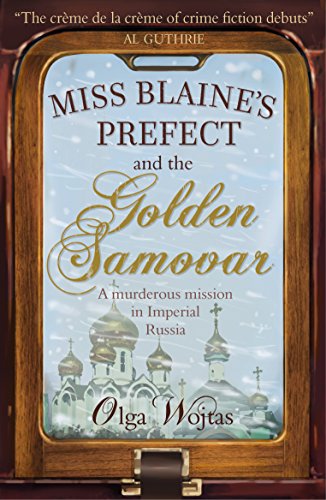 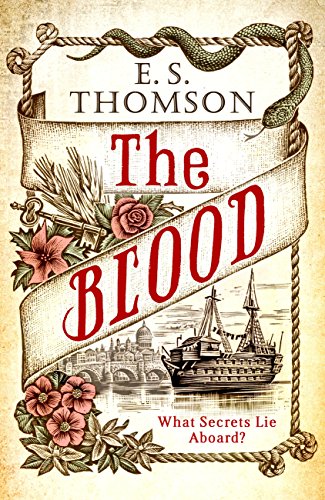 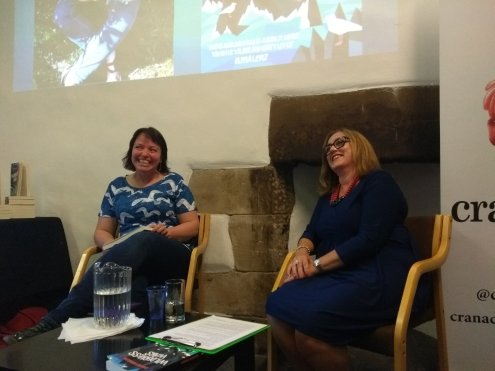 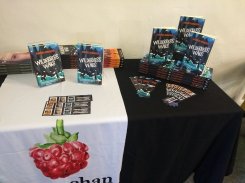 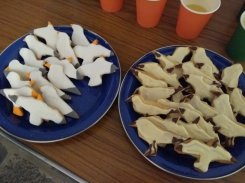 On Thursday, I went to the launch of Barbara Henderson’s third novel, Wilderness Wars, at The Museum of Edinburgh. I have read all three of her books and although I very much enjoyed the previous two, I honestly think this is her best yet. It is so full of excitement, danger and drama and of course, children are at the heart of things, working hard to save the day. I’ll have a review of the book as well as a great guest post from Barbara on the blog on Sunday so do watch out for that.

I have to confess that I have never been in The Museum of Edinburgh – at least not since I was in Primary School when it was called Huntly House. It’s a real warren of a place being in one of the historic buildings in the Royal Mile and I’m definitely going back for a proper look around. Once the Festivals are over…

The launch was as energetic and enjoyable as Barbara’s launches always are. Her enthusiasm for sharing her stories shines through. We heard about the inspiration behind the book – a cracked windscreen on holiday, Donald Trump’s controversial Aberdeenshire golf resort, volunteering with Wildlife Explorers and the TV series Castaway. She also talked about how she enjoyed writing this contemporary novel as there wasn’t so much research needed as in her historical fiction. Friendship is an important theme in Wilderness Wars as in both her previous novels.

There aren’t many book launches where you have to work on your bird squawks but this was one of them. Some of the children in the audience simulated a gull attack on some brave volunteers using inflatable gulls, with the audience providing the soundtrack. There were bird shaped biscuits as part of the refreshments afterwards which were delicious – as Anne Glennie from Cranachan publishers said, cupcakes at book launches are so over! With another first of being greeted by some beautiful and atmospheric live harp music on arrival, it was certainly a memorable book launch. 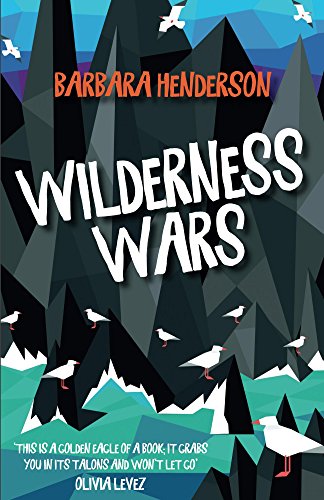 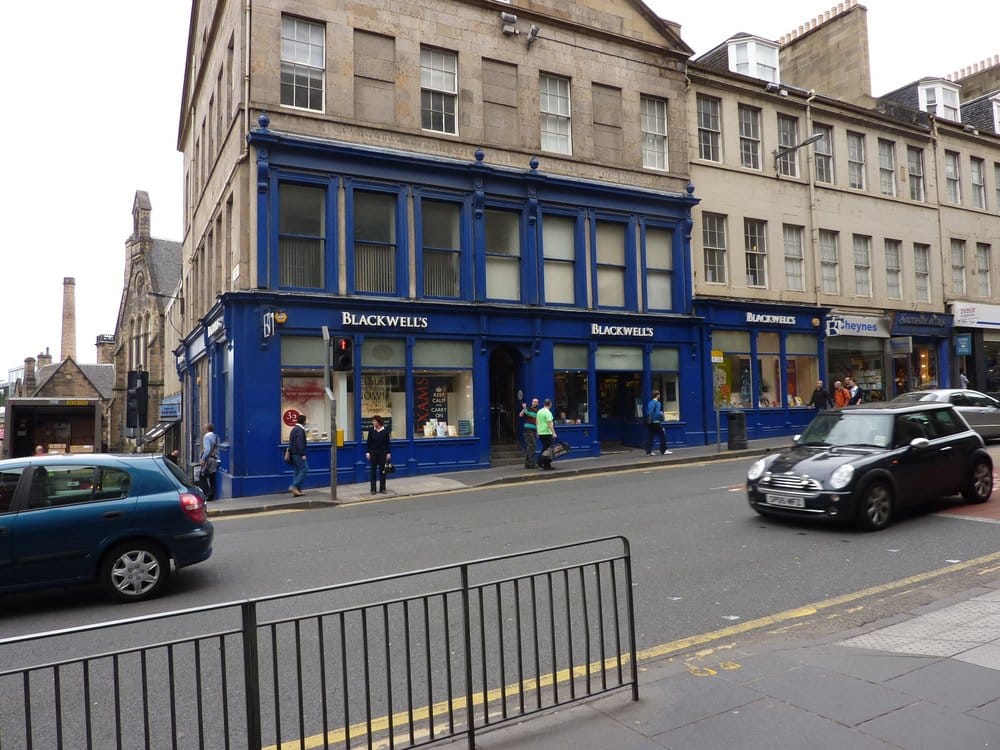 Finally for now, a quick mention for Blackwell’s Writers at the Fringe event. This is a fabulous event which the wonderful Blackwell’s bookshop on South Bridge runs every year. Every Thursday during the Fringe, five writers have the opportunity to talk about and read from their work. The event is completely free so this is a great way to hear a variety of authors talk about their inspiration and writing process. There is, of course, an opportunity afterwards to buy their books and get them signed. There is one more event still to come this year, next Thursday 23rd August, which will feature Johnathan Whitelaw, Sam McColl, Noelle Harrison, Robert J Harris and Helen McClory.

Last night the authors featured were Kirsty Logan reading from her latest novel The Gloaming, Margaret Cook talking about the mediaeval abbey hospital at Soutra, the place which inspired her novel Border Brothers, Sandra Ireland explaining how folklore was woven through her novel Bone Deep, Sarah Maine giving us the background to Women of the Dunes and finally Mallachy Tallack reading from his debut novel The Valley at the Centre of the World, having previously written non-fiction.

If you have made it all the way to the end of this blogpost – phew, well done you! If it is still Friday 17th August when you are reading, you just have time to enter my giveaway to win a few Edinburgh Book Festival goodies. Pop over to Twitter, make sure you are following me and retweet this tweet. You should be able to click through to it from the link below. I’ll be picking a winner on Saturday. (UK only)

If you couldn't make it to @edbookfest (or even if you could), let me give a bit book festival loveliness to you. Follow and #RT for your chance to win my #Giveaway (UK only, enter by midnight Friday 17th August). Mug, bag, chocolate and magnet prize. pic.twitter.com/e3nWo7Wo4v