Today I welcome Meredith Whitford to the blog and invite her to share #TenThings she’d like her readers to know about her. Thanks to Kelly at LoveBooksGroupTours for inviting me to take part in the blog tour. Missing Christina is available now in paperback and as an ebook and you can order your copy online by clicking here. 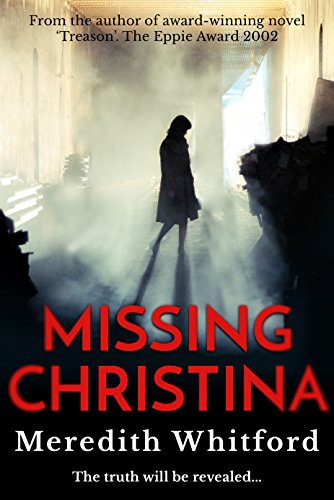 As death approaches, family secrets will be revealed…

As Jaques’ mother clings to life, he and his brother Toby wait for the inevitable.
‘Not long now,’ the Doctor says grimly.
As they deal with all the business of death, Jaques reflects on his relationship with the mother he loved.
She was fun, amusing, witty – she knew how to be happy.
She was a good companion, and she was his friend.
But as the family come to terms with their grief, they discover secrets from the past that threaten to change everything.
Can the family manage to salvage Christina’s memory and the family ties that hold them together?
And is everyone in the family being honest?
From the talented Meredith Whitford, Missing Christina is a heartfelt, gripping tale of family strife and parental love.

Find out more about the author and her work