My thanks to Kelly at LoveBooksGroupTours for inviting me to take part. Ravens Gathering is available now as an ebook and in paperback. You can order a copy online here: Ravens Gathering 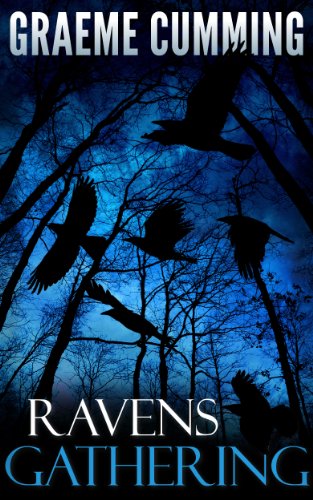 As she let her gaze drift around her, she saw that there were more birds. Perhaps a dozen or so, perched among the trees that stood on the edge of the clearing. And yet more were arriving, swooping down through the gap overhead and landing on branches that overlooked them. The birds weren’t threatening, yet the sight of them all coming together in this dark and isolated spot was unnerving. Tanya reached a hand out towards Martin, and was relieved to feel him take it. She felt him move in behind her. After the uncertainty she’d experienced with him in a similar position only a few moments ago, she recognised the irony of her reaction. His closeness offered security.
“You know what they are, don’t you?”

A stranger’s arrival in a small village coincides with a tragic accident. For the Gates family in particular it’s more than a coincidence, but unease increases following a brutal attack. As tensions rise, a dark past returns to haunt them and others, while newcomers to the village are drawn into a mystery with terrifying consequences.

And only a select few know why the ravens are gathering.

Don’t miss the rest of the blogtour stops