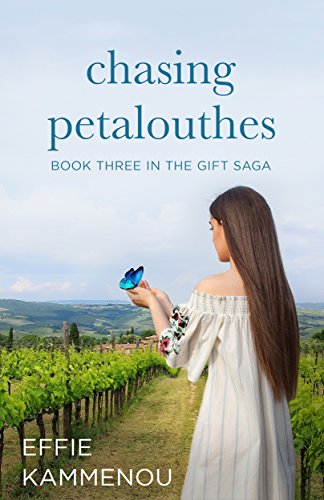 I was the very last person from the Commack High School class of ‘74 to turn sixty years old. Birthday after birthday, as each of my friends celebrated their milestone year, I held onto the fact that I was still in my fifties. But on December 29, 2016 I could no longer make that claim.

It’s not the number that bothered me. As they say, you’re as young as you feel, and in my mind, I’m still quite young. I’m healthy, I keep up with the trends and latest fashions and, to me, it feels as though a minute ago I was a carefree teenager. What worries me is that time is ticking away and I never want it to run out. There is so much to explore in this amazing world and I want to experience it all. As youths we take time for granted as though it is infinite, as though we are invincible and, for some of us, more time is wasted than should be.

Through the decades my aspirations changed in accordance to my situation and place in life at that period of time, so each milestone birthday evoked a different emotion or expectation.

When I turned twenty I had my whole life ahead of me. I was a theater major in college and was sure that my future held a stellar performance followed by an Oscar nomination. I was a self-proclaimed disco queen who was out dancing at a different club each night of the week without a thought that there could be anything more valuable to do with my time.

Thirty was a bit of a eye opener for me. Suddenly I had become an official adult with real responsibilities. I got married at twenty-six and had my first child at twenty-nine. My husband was still early in his career as an accountant and I forgot all thoughts of a career in acting in order to help support our little family. Now, don’t get me wrong, I wouldn’t have changed it for the world but, at twenty years old, I had no responsibility whatsoever, and now, at thirty everything had changed. Thirty hit me harder than forty.

Forty didn’t bother me in the least. I actually think I looked better at forty than I did at thirty, or maybe it was that we were out of the eighties and the clothing trends were better—well, a little better, I think. Now I had two daughters, our own home, and I only worked part time—but I volunteered for everything—PTA, class mother, Sunday school teacher, and I even directed a few school plays and Christmas pageants at church. In my late forties I had reconnected with a group of old school friends and we remain close to this day. (My inspiration for Waiting For Aegina) But in reconnecting with my friends I realized that I’d lost a part of myself. The part that craved creativity and I vowed to explore that part of myself once again as the children grew and became more independent.

Turning Fifty did not upset me in the least. If anything it energized me. I decided this would be the decade that I would do something that would define me. Would it be going back to acting and taking classes? Or another creative medium? I began making decorative cookie favors for special occasions. Fun. Creative. But I wouldn’t say it was the fulfillment I was looking for. I began to write a food blog. Now, I was getting closer. Cooking is a passion of mine and I love sharing my own recipes, as well as the traditional Greek ones that were handed down to me by my mother and grandmother. But I didn’t simply write recipes. There was a story to be told with every meal—a tradition or a memory—and I wanted to share that as well. It was in my fifties that I lost my mother and that led me to write my first novel. Writing was something that was in the back of my mind for a while, but I dismissed the thought until my grief brought all my emotions to the surface and gave me the inspiration to write a character bearing my mother’s heart and soul.

So what is in store for me in my sixties? I just finished my first series and plan to keep writing, but what I’ve learned is that the sky is truly the limit! And If I have my father’s DNA, I have many, many years ahead of me to catch up on all the adventures I might have overlooked in the past. He’s ninety-six and he tells me he feels the same as he did when he was thirty-five. Okay, I can run with that one!

Effie Kammenou is a first generation Greek-American who lives on Long Island with her husband and two daughters. When she’s not writing, or posting recipes on her food blog, cheffieskitchen.wordpress.com, you can find her entertaining family and friends or travelling for ‘research.’

Chasing Petalouthes – From the back of the book
The Gift Saga concludes with the next generation coming into the forefront of the story during their tumultuous years between adolescence and adulthood.
Evvie has lived through more tragedy than a young girl should ever endure, having lost both her father and a most beloved grandmother at a young age. Her rebellious ways are her only defense to mask the ever-present pain in her heart. Closing herself off emotionally, Evvie vows to never let anyone into her heart. But will her determination to keep everyone out see her lose the only person who could heal her broken soul?Over-achieving, focused, talented, determined to succeed. Those are the traits Stella envies in her siblings and cousins. Her insecurities and lack of confidence stunts her ability to realize her own worth. When an older, handsome young man claims her as his own, Stella believes she has finally found who she has been looking for—someone to love her enough to mold her into the best version of herself. But has she fallen in love too quickly for a man she barely knows anything about?
Chasing Petalouthes (Chasing Butterflies) is the coming of age story of two flawed, young women who push their way out from the confines of the cocoons they’d built around themselves and discover how to soar.Can be read as a standalone but for the full emotional impact on the characters’ lives and histories, read Evanthia’s Gift & Waiting For Aegina.
Don’t miss the rest of the blogtour