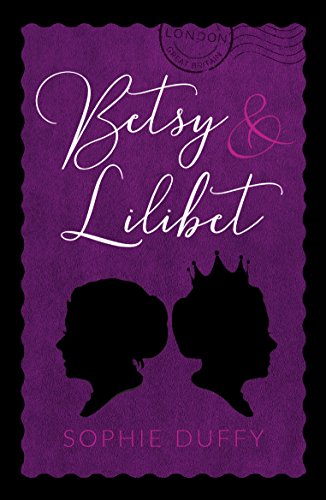 “Grief is the price we pay for love”

Today’s review is for the wonderful Betsy and Lilibet by Sophie Duffy. I thoroughly enjoyed spending my weekend in the company of Betsy Sunshine. Betsy is an eldest daughter, born into a family of funeral directors who have owned Sunshine And Sons for six generations. She is born the same day as Queen Elizabeth and their lives could not be more different. Although, in some ways, there are many similarities. As Betsy says:

It is Betsy’s quiet dignity throughout her life which was a real feature of the book for me.  She learns this dignity from her parents and it seemed to me that they were true to life going by funeral directors I have come across, as we all do at sad times in life. She has learned from her parents that “Everyone deserves a good send-off. Every life has some kind of depth, sadness and moments of extraordinary wonder that should be marked and noted.” She makes sure that all her clients are treated with dignity and no-one is judged. “We’re all equal. We come into the world with nothing and we leave with nothing and what we have in between is only borrowed us”.

Betsy and Lilibet is also something of a social history of Britain as we follow Betsy’s life from when she is born in 1926, through the Second World War, the post-War era, the Thatcher’s era, the AIDS epidemic, New Labour, the London Bombings in 2005 and so on.  We also live with her through all the births, marriages and deaths, sorrows, happiness and griefs which accompany every life, and learn of a very significant secret which haunts Betsy for most of her life. Betsy muses that the undertaking industry also reflects history: “There’s so many bodies in London, layer upon layer of them… Men, women, children, babies, pets. Kings, queens, paupers and peasants. You can chart the city’s history through its bodies and burials, its culture, customs, religion and rituals.”

Lilibet, Queen Elizabeth II, is a more minor character in the story although she is an ever-present presence and influence on Betsy. Their lives intersects at three brief but crucial points throughout the story. Apart from that, the references to the Queen are short quotations from her many speeches throughout the years, which often reflect something happening in Betsy’s life at the same time or have some significance to the story.

This is the first book I have read by Sophie Duffy but I’ll certainly be looking out her other novels as she is such a natural storyteller. Her characterisation, particularly in Betsy, is just wonderful and she tells Betsy’s story with great warmth. Betsy and Lilibet is an engaging and immensely enjoyable story.

My thanks to Lucy Chamberlain at Legend Press for my copy of the book and inviting me to take part in the blog tour. Betsy and Lilibet is available now as an ebook and in paperback formats. It should be available from your usual book retailer or you can order a copy online here: Betsy and Lilibet

London, 1926. Two baby girls are born just hours and miles apart. One you know as the Queen of England, but what of the other girl- the daughter of an undertaker named in her honour? Betsy Sunshine grows up surrounded by death in war-torn London, watching her community grieve for their loved ones whilst dealing with her own teenage troubles… namely her promiscuous sister Margie. As Betsy grows older we see the how the country changes through her eyes, and along the way we discover the birth of a secret that threatens to tear her family apart.

Sophie Duffy dazzles in her latest work of family/historical fiction. A tale which spans generations to explore the life and times of a family at the heart of their community, the story of a stoic young woman who shares a connection with her queenly counterpart in more ways than one…

Sophie Duffy is the author of The Generation Game (2011), The Holey Life (2012), Bright Stars (2015) and Betsy And Lillibet (2018). Her work has won the Yeovil Literary Prize and the Luke Bitmead Bursary, and has been nominated for the Guardian Not the Booker and the Harry Bowling Prize. She is a writer and creative writing tutor and mentor for CreativeWritingMatters, as well as an administrator for the Exeter Novel Prize and other literary competitions.