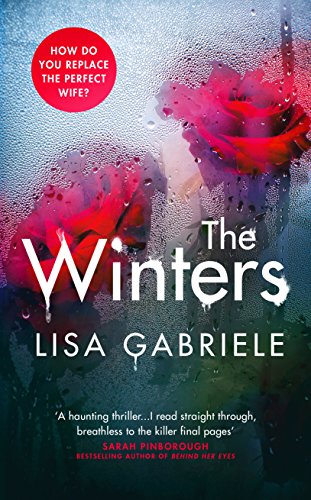 Just as in Daphne du Maurier’s classic Rebecca, which inspired this book, the opening line grabs the attention! “Last night Rebekah tried to murder me again.”

There is a passionate affair between the unnamed soon-to-be second Mrs Winter and Max when they meet in Cayman islands, where she is a boat-hand and he a rich, successful politician who charters boats for daytrips. Our protagonist is flattered that Max seems to have fallen so quickly and deeply in love with her but it all changes when they return to his Long Island home, Asherley. He is rarely home, leaving her to deal with the servants and his teenage daughter Dani while also planning their wedding. Dani, who Max somehow neglected to mention before, is a bit of a wild child and not happy that her father has brought home another woman who, in her eyes anyway, is to replace her mother, Rebekah.

If you know the original story, this is a gripping novel as you read with delicious anticipation of what’s going to happen. If you haven’t, this will read brilliantly as a psychological thriller anyway. All the elements of the original story are present with a few twists such as the housekeeper character Mrs Danvers transformed into Max’s daughter Dani. Because of the twists and updates, the story may not go exactly as you expect if you are familiar with Rebecca…

The Winters is as tense and atmospheric as Rebecca, which transfers so well into modern day East Coast America. Lisa Gabriele brings the classic tale bang up to date. The presence of the deceased Rebecca looms just as ominously as she does in du Maurier’s classic novel. A deliciously dark and brooding novel to curl up with on these darker Autumn evenings.

An addictively suspenseful new novel set in the glamorous world of the New York Hamptons, about secrets that refuse to remain buried and consequences that cannot be escaped.

After a whirlwind romance, a young woman returns to the opulent, secluded mansion of her new fiancé Max Winter – a wealthy senator and recent widower – and a life of luxury she’s never known. But all is not as it appears at the Asherley estate. The house is steeped in the memory of Max’s beautiful first wife Rebekah, who haunts the young woman’s imagination and feeds her uncertainties, while his very alive teenage daughter Dani makes her life a living hell.

As the soon-to-be second Mrs. Winter grows more in love with Max, and more afraid of Dani, she is drawn deeper into the family’s dark secrets – the kind of secrets that could kill her, too.

Inspired by the classic novel Rebecca, The Winters is a riveting story about what happens when a family’s ghosts resurface and threaten to upend everything.

Lisa Gabriele is the author of several bestselling novels. Her writing has appeared in Glamour Vice, Elle, the New York Times Magazine and Salon as well as various anthologies, including The Best American Nonrequired Reading series. An award-winning T.V. producer, she has lived in Washington D.C. and New York City, and now lives in Toronto.