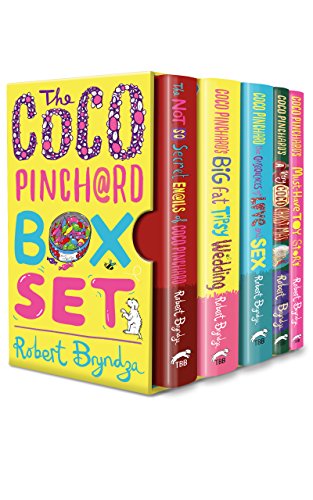 Today I want to tell you about the most amazing offer on Robert Bryndza’s Coco Pinchard books. The Not So Secret Emails of Coco Pinchard is one of the first books I ever read on Kindle and I absolutely loved it. So much so that I snapped up each of the other books when they came out. And now the three novels and two novellas are available for the first time as a boxset for the amazing price of just 99p – yes, that’s right – all five books for 99p! (Or Amazon USA $1.99, Amazon AU $0.99, Amazon EU stores €0.99).
Why do I love Coco Pinchard so much? Well she’s just so down to earth, so feisty, so caring and she makes me laugh. A lot! Some of the situations she lets herself get into are just hilarious while others make you almost want to read from behind your hands. Robert Bryndza has also created many other memorable characters such as Ethel, Coco’s mother-in-law who is awful and wonderful in equal measure. There are serious issues covered in the books as well such as relationships breaking down, coping with the problems of being one of the ‘sandwich generation’ dealing with grown up children and elderly relatives, and facing parenthood for a second time after a very long break.
I can honestly say that I have enjoyed each and every one of these books but have a soft spot for the very first. I think this is because you really get to know and love Coco in it but also because the emails give a great introduction to her and her mad friends and family through the emails.
At only 99p for all these fantastic books, seriously what are you waiting for? Don’t miss this amazing chance to get to meet Coco and be prepared to laugh till you cry. Trust me, it will be the best 99p you’ve ever spent and you won’t regret it!
One lucky reader has the chance to win signed copies of all the books in the series. I’m sure you will agree it is a fabulous prize. Just click the link below for details of how to enter.

My thanks to Sarah Hardy at Book On The Bright Side Publicity & Promo for inviting me to take part in this blogtour. The Coco Pinchard boxset is on special offer of 99p for the duration of the blogtour. You can buy your copy on Amazon UK here: Coco Pinchard boxset
About the books
For the first time, all 5 books in Robert Bryndza’s bestselling Coco Pinchard romantic comedy series are available in one! And this box set includes a new introduction by the author.
Book 1: The Not So Secret Emails of Coco Pinchard
If you enjoyed flipping through Bridget Jones’s diary, you’ll love perusing Coco Pinchard’s emails! Coco confides in her quirky, supportive friends as she deals with her life falling apart. Read the emails that tell the heart warming and often hilarious tale of Coco picking up the pieces, in this fun, feel-good Romantic Comedy.
Book 2: Coco Pinchard’s Big Fat Tipsy Wedding
Coco thinks she’s on the road to happily ever after with Adam, until he inexplicably breaks up with her. Will one mistake cost them their whole future? Coco sets out to discover what has really happened, and uncovers a shocking secret Adam has been hiding from her… Full of hilarious twists and turns, Coco Pinchard’s Big Fat Tipsy Wedding is a witty, heart-warming, romantic comedy – the stand-alone sequel to no.1 bestselling, The Not So Secret Emails of Coco Pinchard.

Book 3: Coco Pinchard, the Consequences of Love and Sex
Coco Pinchard has a great life, a bestselling memoir, and a handsome second husband. Things are going exactly as planned — until her adult son runs into disaster, her ex’s mother butts back into her life, and she finds out she’s pregnant! Maybe life is more fun if you throw your plans out the window… The third book in Robert Bryndza’s bestselling Coco Pinchard series (which can also be enjoyed as a stand-alone story) is a hilarious diary with Coco’s trademark wit and honesty, tracing the raging hormones and extraordinary twists that take her to motherhood for the second time.
Book 4: A Very Coco Christmas
It’s 1985, and eighteen-year-old Coco Pinchard is home for Christmas after her first term at University. She’s fallen hopelessly in love with Daniel Pinchard, but Coco’s mother wants her to be with Kenneth, the son of posh friends Adrian and Yvonne Rosebury, who will be joining them for Christmas.
As snow falls softly over the city, and Coco tries to juggle a series of hilarious events, the stage is set for a Christmas lunch like no other. A Very Coco Christmas is a delicious, stand-alone prequel short story to Robert Bryndza’s smash-hit Coco Pinchard series.
Book 5: Coco Pinchard’s Must-Have Toy Story
A sparkling feel-good comedy, which asks the question – how far would you go to get your child the must-have Christmas toy?
It’s December 1992, and children are going crazy for the Tracy Island toy – almost as crazy as the parents! Christmas day is fast approaching and Coco Pinchard is desperately trying to track one down for her four-year-old son Rosencrantz.
From dodgy dealings in a motorway lay-by, to extreme shopping in Hamley’s with a Sylvanian Families fanatic, to having a go at the Blue Peter make-your-own Tracy Island, Coco tries everything in the hope that four-year-old Rosencrantz will open his must-have toy on Christmas morning.
About the author

Robert Bryndza is the author of the international #1 bestseller The Girl in the Ice, which is the first in his Detective Erika Foster series. It has sold over one million copies.

The Night Stalker, Dark Water, Last Breath and Cold Blood are the second, third, fourth and fifth books in the series. The sixth book, Deadly Secrets, has just been published.

Robert’s books have sold over 2.5 million copies and have been translated into 28 languages.

In addition to writing crime fiction, Robert has published a bestselling series of romantic comedy novels. He is British and lives in Slovakia. 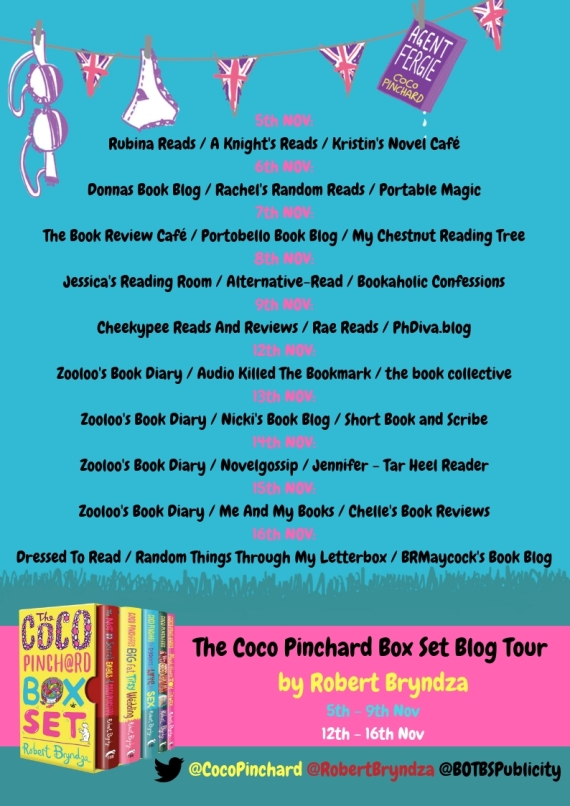