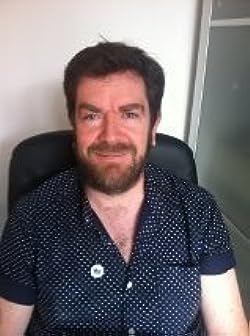 I’m always pleased to feature local talent and, Mark Fleming, my author in the spotlight today certainly counts. In fact, our daughters are at school together! Mark’s latest book, a collection of short stories called Big Bang Over the Western General, has recently been published and he tells us more about that below.

Thanks for joining me today Mark. First of all, would you tell my blog readers a little about yourself?

I’ve lived in Edinburgh all my life; Portobello for nearly 14 years. I work as a freelance writer, a varied activity covering everything from articles for websites to ‘ghosting’ biographies (clients have included a chairman of a top English football club and a member of the Kray Twins gang.) I also run creative writing workshops, via the Scottish Book Trust, working with community groups, schools and, earlier this year, HMP Barlinnie. Currently I’m Writer-in-Residence at Kirkcaldy High School. I also write fiction, both contemporary Scottish stories and horror/fantasy. These have been published in numerous outlets, including The Big Issue in Scotland, the Picador Book of Contemporary Fiction and The Leither.

In a word, ‘punk.’ I’m of a vintage where my mid-teens coincided with the punk scene of the late 70s. I fully embraced those heady times, buying my first guitar from Woolies and starting a band, 4 Minute Warning, with former schoolmates. I started writing lyrics, which tended to be cheery ditties about the Cold War and imminent nuclear armageddon.

I came across a book review in the NME, circa 1983, which raved about a short story collection by a Glasgow writer, James Kelman, entitled ‘Not Not While the Giro.’ I bought the book and found it totally inspirational. It was written in a hard-hitting, pared-down style, shorn of adverbs and other unnecessary embellishments. The central characters were defiantly working-class, and although the setting was Glasgow, I was drawn in by these poignant vignettes. I started writing my own versions, early examples of which were published in my then local newspaper, the ‘Gorgie/Dalry Gazette.’ One of my own attempts I was particularly proud of was called ‘Legless in Gatsby’s,’ alluding to the Aldous Huxley novel, although the subject matter was based on an incident when I ended up getting barred from a long-vanished Edinburgh nightspot!

As with the vast majority of writers, the journey to publication is less an amble through the Figgate Park and more a trudge across several Munros. There have always been far more writers with excellent stories than outlets willing to publish these. I have a folder crammed with rejection slips. But because publishing is such a competitive market, prospective writers appreciate they have to constantly strive to improve. 25 years ago I submitted material to ‘Rebel Inc’ in the early days of that fantastic underground litzine (where Irvine Welsh’s ‘Trainspotting’ was first serialised.) Although it was rejected, the editor, Kevin Williamson, sent me a hand-written critique. That he’d taken the trouble to do this, advising me the stories were 90% publishable, and pointing out areas I needed to work on (especially the crucial one – characterisation) was so inspiring. I took his advice on-board, and saw a series of my stories getting published in various magazines, anthologies and websites over the next decade, including making the final longlist of the ‘Macallan/Scotland on Sunday short story collection’ in 1998. Ten years or so later, my debut novel, ‘BrainBomb,’ was published.

Big Bang over the Western General is an anthology of short stories, mostly set in Edinburgh; a couple in Portobello. The subject matter is eclectic, to say the least. If I was to sift through the stories and find topics to hashtag, they would include gang initiations, Nazi war criminals, medieval war criminals, post-club casual sex, deadly house fires, animal cruelty, Spanish Civil War veterans, and an astronomer in Joppa facing a life or death situation. Looking back at that, none of it seems like a barrel of laughs, but the dark stories are definitely underscored with humanity and humour.

Stargazing is the backdrop to the collection’s penultimate story. The central character is an astronomer, whose life has been spent marvelling at space. But he is confronted with much more poignant events nearer home when a loved one’s life hangs in the balance.

The collection was self-published, so publication day wasn’t marked with any fanfare or launch. The title is currently available via Amazon in paperback and Kindle format, although in the past I’ve also sold my books through the Dalriada, the Espy, the Jaffle Joint and Cove. Eventually I’d like to approach the respective managers of those esteemed Portobello establishments to see if they’d be into doing the same with ‘Bang Bang!’.

Two. I’m working on a horror novel, Wolf Slaves (synopsis: druids v werewolves v vikings in Celtic Britain.) This is published online, on Inkitt.com, and is a sequel to my first fantasy novel, Wolf Warriors. I’m adding chapters on an ongoing basis. But my main focus is a revamped version of ‘BrainBomb,’ a semi-autobiographical novel about bipolar disorder and Edinburgh’s post-punk scene of the 1980s. I’m aiming to have this ready for publication in the next few weeks. (It’s at the final draft stage.) 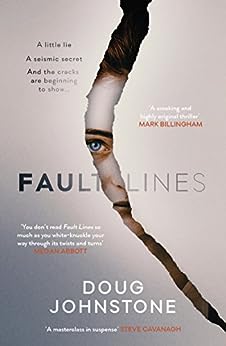 ‘Fault Lines’ by Doug Johnstone. I don’t read really enough crime fiction, but this one is a belter (his ninth novel.) It’s set in a parallel Portobello where seismic activity has created a volcanic island offshore. When a young geology student comes across a body on the island – her lover – she makes the fatal decision of keeping the discovery quiet for fear or exposing their affair. There was a new twist at every chapter, and so many aspects of the Portobello setting also chimed with me. 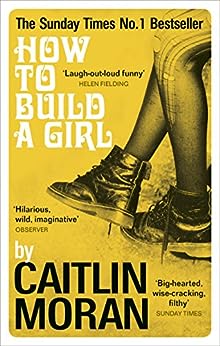 ‘Not Not While The Giro,’ by James Kelman. Up until I read it (aged 20) my head was mostly full of escapism and science fiction. This book brought me back to Scotland. In much the same way as hearing the Sex Pistols for the first time inspired my younger self anyone with enough enthusiasm could try playing guitar and start a band, this showed me a way of writing that was raw but exciting. It also introduced me to using profanity in my fiction, although my Mum always gave me a row for that!

I read the fantastic ‘His Bloody Project,’ by Graeme Macrae Burnet, last year. A  Booker-nominated novel, it pictures a Highland community in the Victorian era, on the fringes of the British Empire, where the lives of tenant crofters seem scarcely more liberated than their livestock. The 17 year-old lead? Ten years ago, maybe James McAvoy; nowadays, Kevin Guthrie? 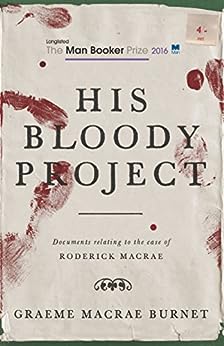 Arya Stark (‘Game of Thrones,’ by George R R Martin.) I know she’s female, but this is fiction, where anything goes, and I do sometime write 1st person stories from a female POV, such as ‘Kola’ in ‘Big Bang…’ I always love characters who are bullied and oppressed but who succeed in turning the tables – in this case, by brutally violent methods!

Big Bang Over The Western General

Big Bang Over The Western General is an anthology, containing 19 Scottish short stories, covering diverse themes. A teenage gang initiation goes horribly wrong. A man self-medicates to cope with destroying his family through stag night infidelity. A soldier discovers the fine line between hero and war criminal. Despite the violence and dark twists, the core theme is the humanity of these often marginalised characters. Driven to express themselves as best they can against events which can spiral out of control, their reactions might often be desperate. But they are all too recognisable. This is a compelling slice of life in 21st century Scotland.